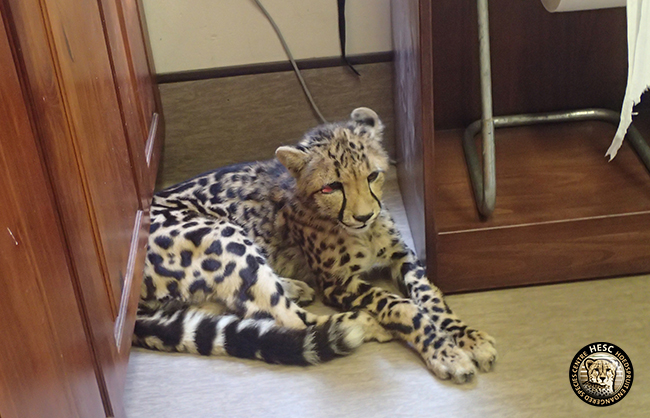 Zoe and Zian are two of the magnificent king cheetahs at HESC. They are very close and both love to play together, climbing trees pretty much all day. Unfortunately, on the 22nd March, while they were playing in a tree a branch hooked Zoe’s eye, causing a lower eye lid laceration.

Dr. Rogers was notified and he was brought to Provet Wildlife Services for a few stitches. Zoe was put under anaesthetic using Domitor and Ketamine. An eye ointment, Isee, was put in her eyes to avoid them drying out during the procedure. 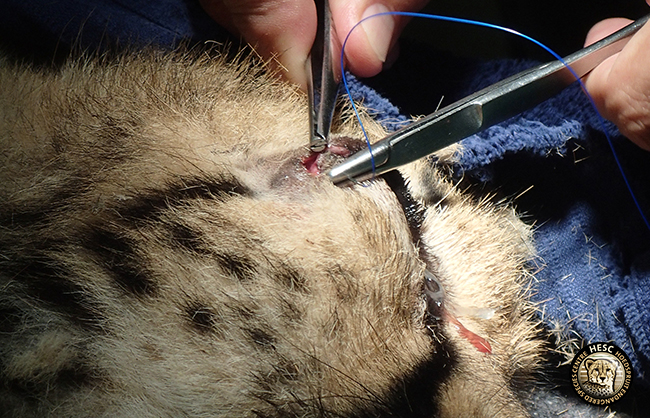 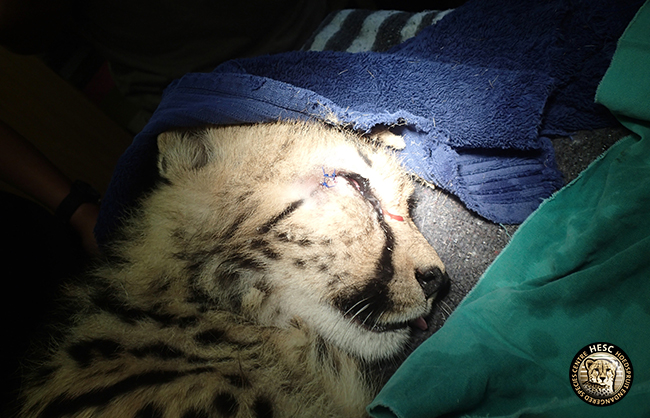 The procedure went very well. Three stitches were applied, and he received antibiotics and pain medication, as well as the sedation antidote.

Zoe is already back to his playful self, and is seemingly unaware of his injury. We hope that their future antics do not result in more trips to the vet. 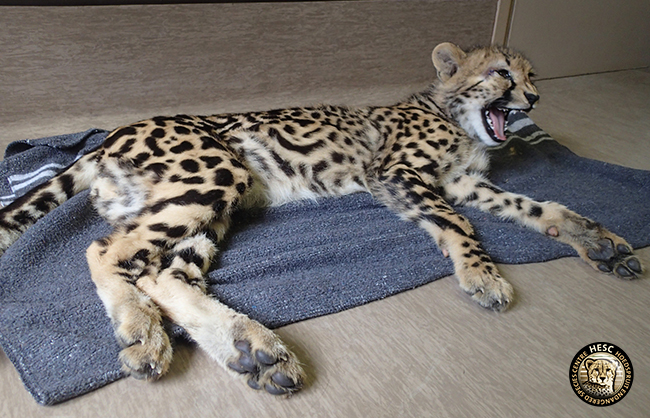 Watch the clip below of Zoe waking up from the sedation antidote.

Make some noise for our trumpets and horns