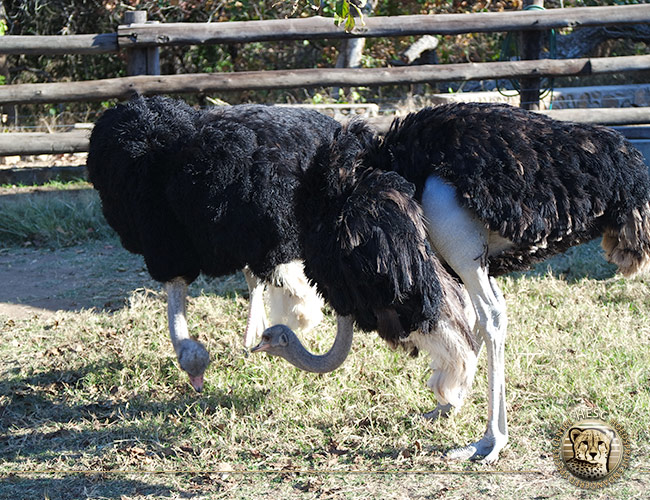 Ostriches are the largest and heaviest of all living birds. This species is instantly recognisable by its long bare neck, large body and long sturdy legs. Despite its relatively small head, the ostrich has the largest eyes of any land animal, measuring an impressive five centimetres in diameter and protected by long black lashes.

The ostrich is equipped with long muscular legs built for running. Unlike other birds, which have three or four toes, ostriches only have two toes on each foot. This allows the ostrich to reach greater speeds. They can sprint as fast as 70 km/h, each stride spanning as much as 3-5 m!

Despite popular belief, ostriches do not stick their heads in the sand when threatened. Sometimes ostriches flop on the ground with their heads outstretched in front of them. The pink/peach/grey coloring can blend in with the sandy ground, making it appear as if their heads are buried.

Trudels is an adult male 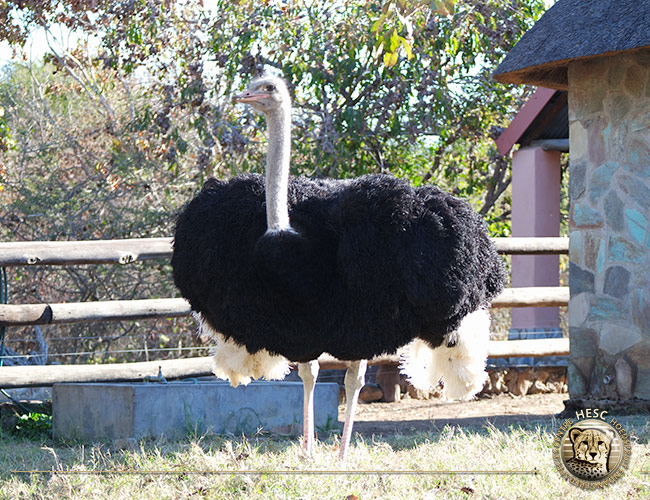 Male Ostriches are recognisable by their black plumage and white tail. They also have primary feathers. During the breeding season their necks turn a bright pinkish or blue colour.

Lashes is an adult female ostrich 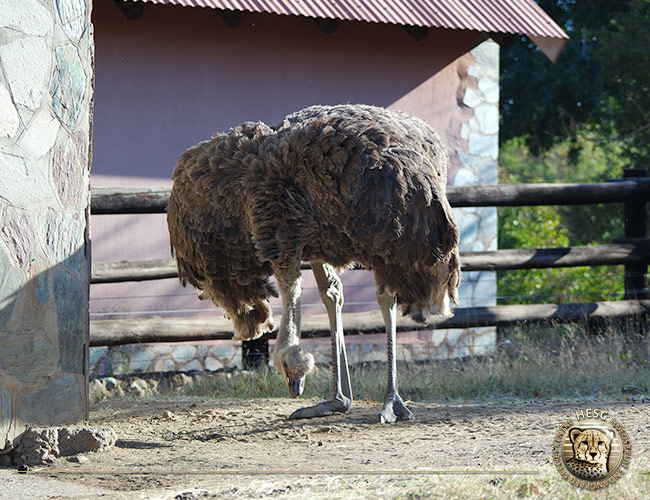 Females are smaller and are grey-brown in colour.

Skoppie is one of our young males