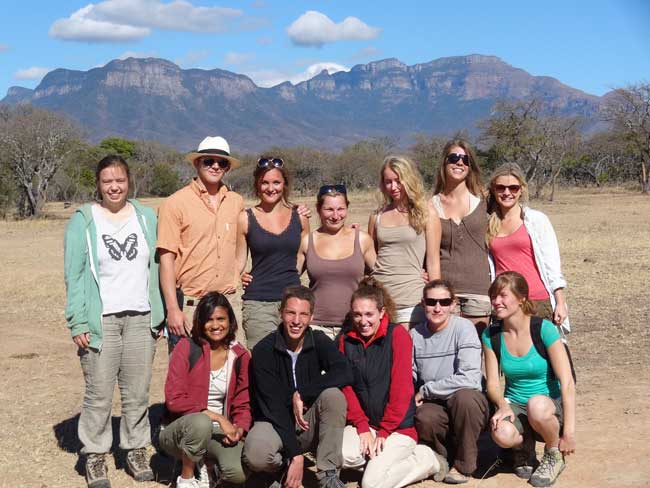 The students in front of the Drakensburg Mountains

Since introducing them shortly after their arrival, we’ve kept our latest batch of students on their toes and out of mischief with a mixture of chores and sightseeing. In their first update we heard all about how they’d been set to work in the butchery, risked life and limb to move a leopard, and taken a trip down the Blyde River Canyon. Let’s see what they’ve been up to since then. 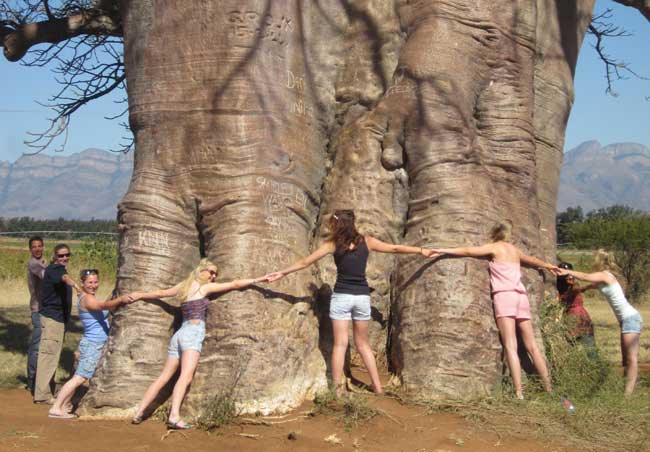 Trying to wrap themselves around the Baobab tree

We’ve had an eventful week. We were entrusted with an air rifle to do some target practice, and then later in the week we helped de-worm the cheetahs and vaccinate them against anthrax. We also got the opportunity to meet some cheetah cubs, who, at three months old, were still a little unsteady on their feet. Children from the Paulos Ngobeni school came to visit, and in-between all of that we enjoyed a few excursions as well. These included a game drive and a visit to a Baobab tree, which was suitably impressive. 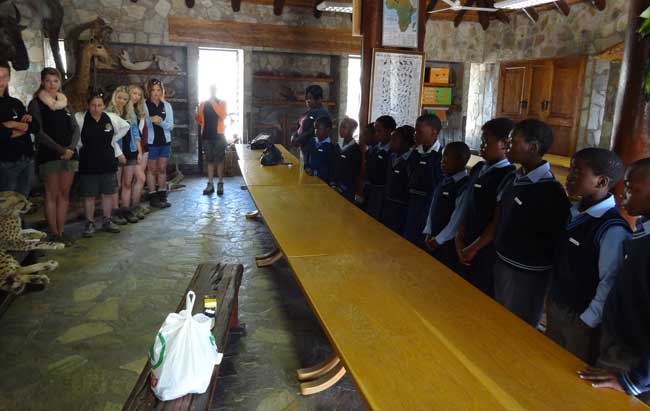 The students with learners from the Paulos Ngobeni primary school

This past week we met six gorgeous cheetah cubs. We also released two cheetahs back into the wild, took Khula for a run, went on a game drive around Kapama Nature Reserve (seeing hippos en route), and hugged a giant Baobab tree.  We spentÂ Monday morning with children from Paulos Ngobeni primary school, which is HESC’s sponsored school. We gave them a lecture on the cheetah and then took them on a tour of the Centre. Monday afternoon was spent gruesomely plucking and chopping up chickens for the smaller cats. At six this morning we had to go to the butchery to help Moria unload tonnes of frozen meat from the delivery truck and pack it into the freezer! Hectic, but we made sure we had fun doing it! We’ve been working really hard and having loads of fun. We’re looking forward to the last – hopefully exciting – few days to come.

Visit our Facebook and Flikr albums to see more of our exciting adventures!