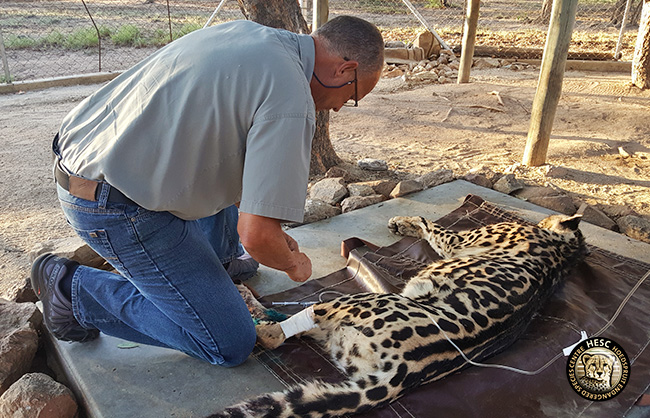 On Saturday, 4 November we noticed that our female King Cheetah Sebeka was bleeding from her hind leg, and on closer inspection discovered that she had cut her leg.

Dr Rogers was called and he darted Sebeka. Within minutes the anaesthetic had taken effect and she was loaded onto a carry mat and carried to the back of the animal vehicle. 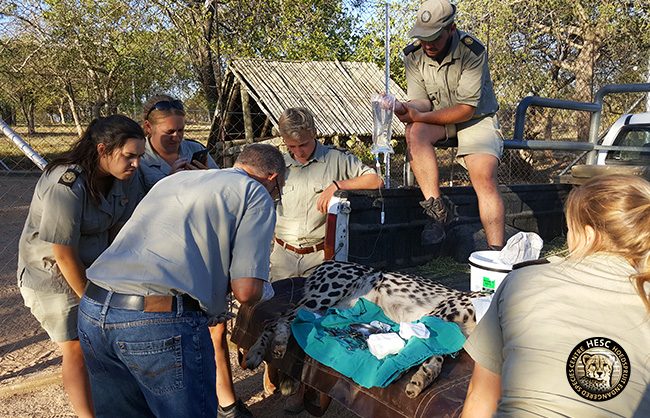 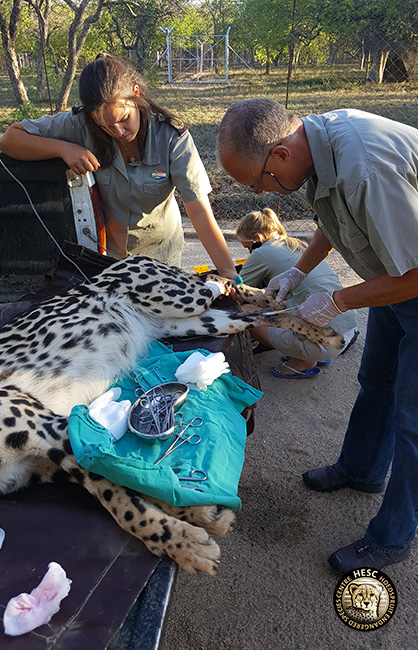 A drip was connected to Sebeka, and Dr Rogers shaved the area where the cut was and cleaned it with Chlorhexidine. Fortunately, it wasn’t a big cut and a few stitches was all it required. Once she was stitched up Dr Rogers then sprayed the wound with Cyclo antibiotic spray. 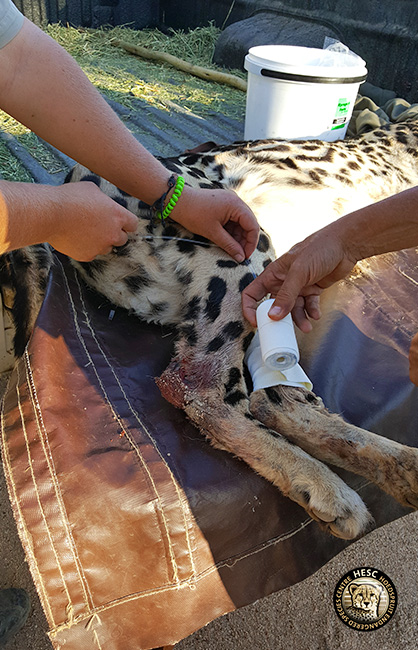 Sebeka was then moved into the feeding enclosure where she was monitored her for half an hour before she was given an antidote to the tranquilizer.  She quickly woke and after finding her feet, quickly joined her sisters.

This was a straight forward procedure, and a day later Sebeka was walking as normal.