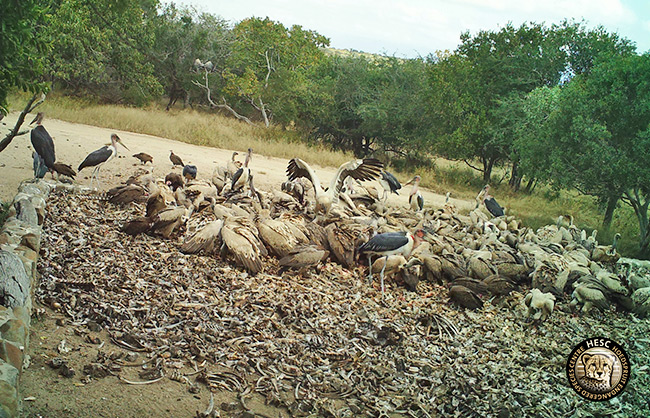 Hoedspruit Endangered Species Centre (HESC) has been involved in the Kruger-to-Canyons (K2C) Hooded Vulture Project for some time. Our primary role has been to afford access to our vulture restaurant where the research is being carried out. The K2C Hooded Vulture Project, which began in 2015, is a collaborative effort between several international partners. The aim is to investigate the breeding biology of these endangered birds, their nest site selection, factors affecting their movements as well as their feeding ecology. 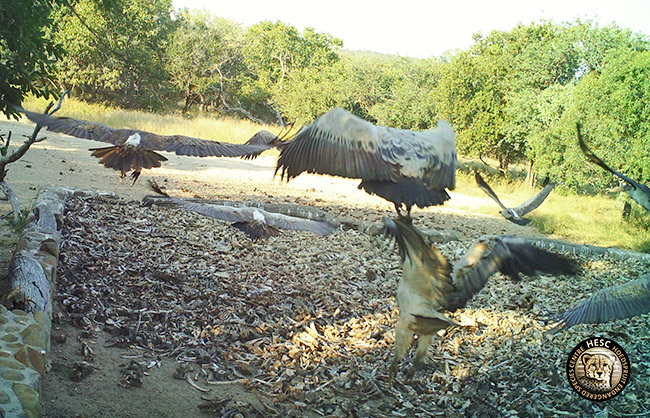 We spoke to Lindy Thompson, the researcher heading this project, and she updated us on where they were with the project:

We have begun installing nest cameras for this year’s breeding season. In southern Africa, Hooded Vulture pairs usually lay a single egg in June/July. With our cameras, we hope to record the different behaviours of both the chick and the parents; and see how often chicks are fed, and whether the frequency of feeding declines as the chicks get older.

We did have a few interesting sightings though of Pel’s Fishing Owls at one nest (we aren’t sure what the owl was doing in the nest), and also recorded a video of an adult Hooded Vulture stealing twigs from an unused nest. 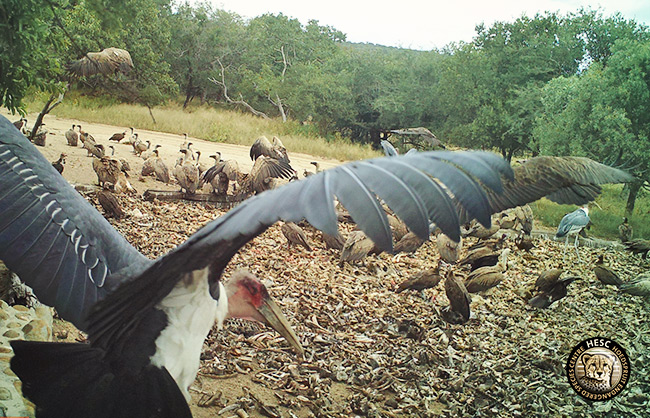 We are continuing to monitor cameras at various vulture restaurants, including the one at at HESC. We are very grateful to all landowners for their support and generosity in allowing us access once a month to check our cameras and replace batteries and memory cards. The photographs taken by the camera traps allow us to monitor the presence of wing-tagged vultures (to see how far and how frequently they travel), and it will show us whether certain vulture species rely more on vulture restaurants at certain times of the year. Vulture restaurants may be an important source of ‘safe’ food (i.e. no veterinary drugs and no lead shot that could harm vultures which are very susceptible to lead poisoning). However, these feeding sites themselves need to be cleaned from time to time, to prevent the build-up of pathogens, since birds congregate in very large numbers at these sites. It’s a good idea to clean the area occasionally, and perhaps also to move feeding sites around. 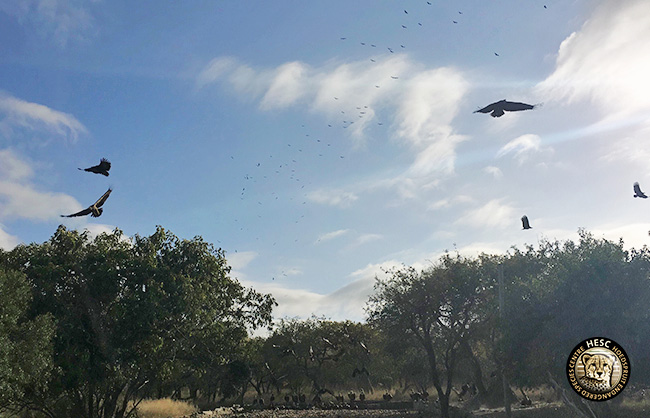 Again, our grateful thanks to HESC and their fantastic staff (particularly Cristo) who have been very helpful to us from the start. We are very grateful for your support.
All the best,
Lindy