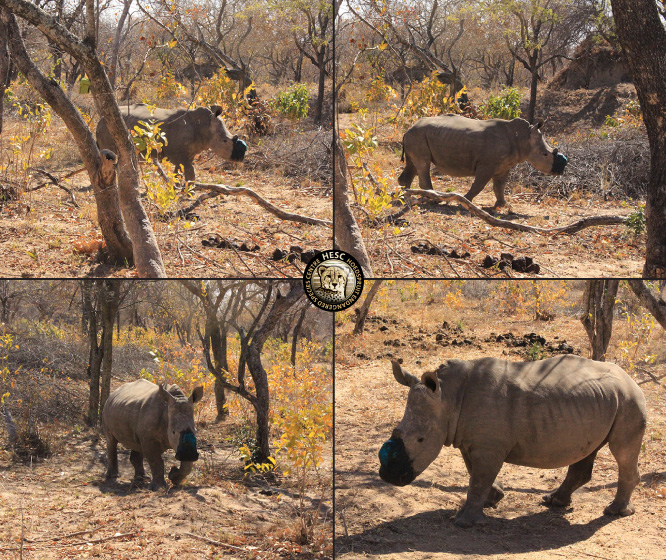 If everything goes well, the most recent treatment procedure on our rhino cow Philippa may have been her last one.
You may remember that Philippa came to us in January this year, after surviving the brutal experience of having her horn hacked off with a chainsaw by poachers. Her mother died during the same attack, but Philippa, two-and-a-half-years old at the time, managed to make it through. She has since been through a series of medical procedures and treatments. 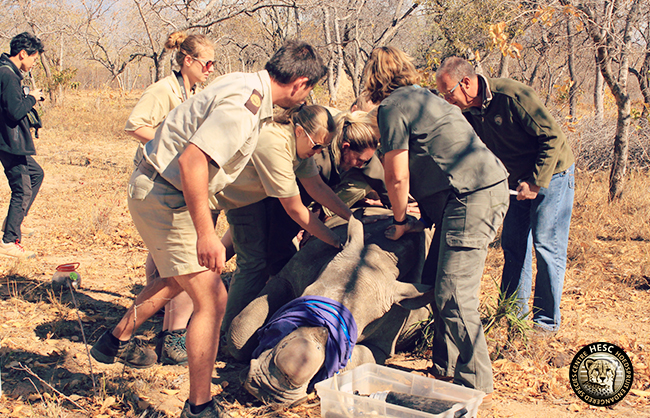 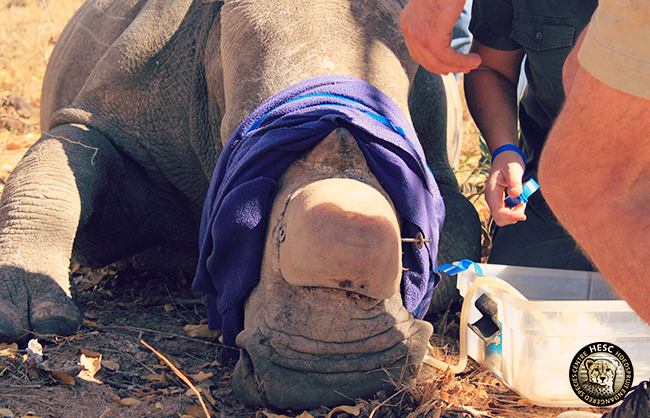 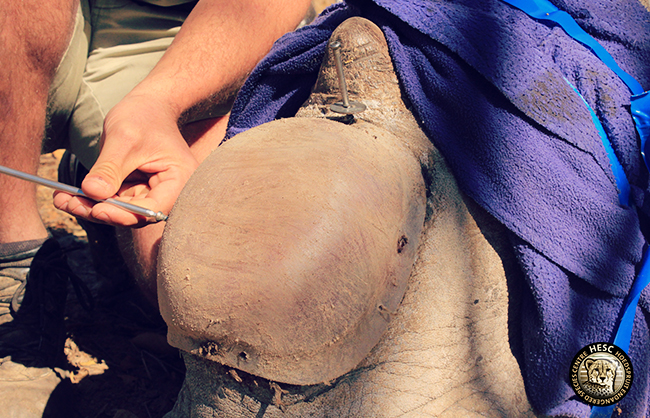 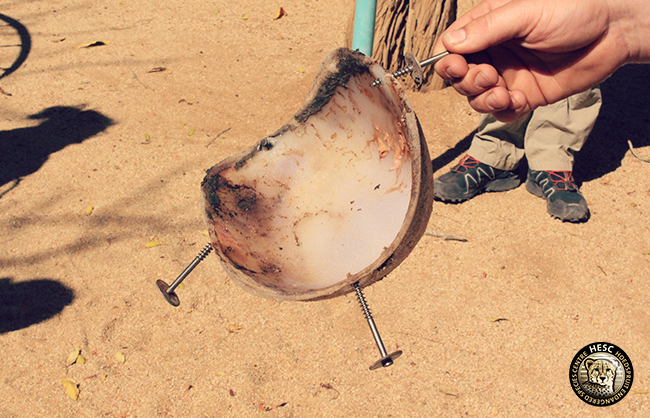 Dr Rogers darted Philippa just after 10 in the morning on Thursday, 4 August. Once the anesthesia kicked in, Philippa was connected to an oxygen machine and the prosthetic cover on her wound removed. 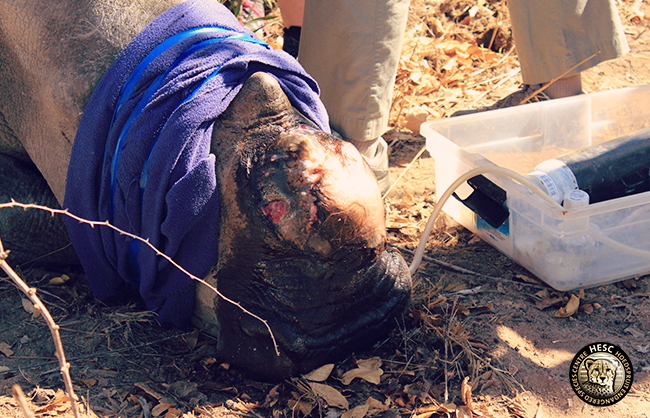 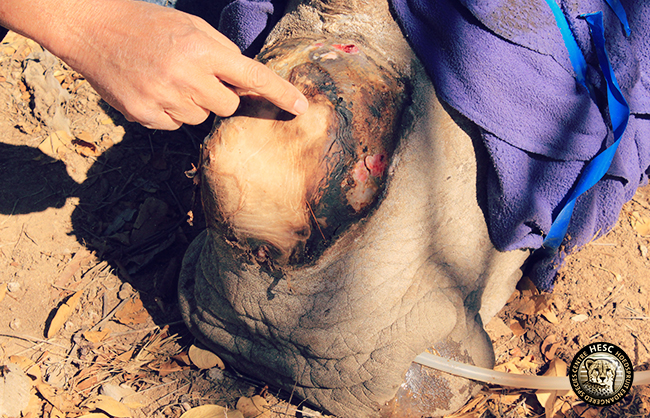 Philippa’s wound was cleaned with Chlorohexidine. The wound was then sprayed with F10 Germicidal and Cyclo spray (which is blue in colour), in order to dry it up and to keep flies away. 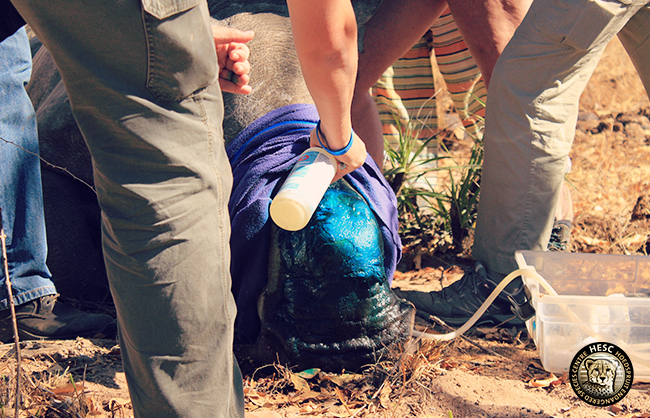 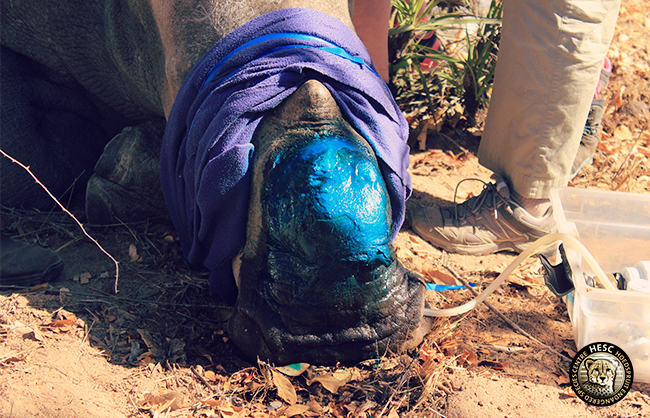 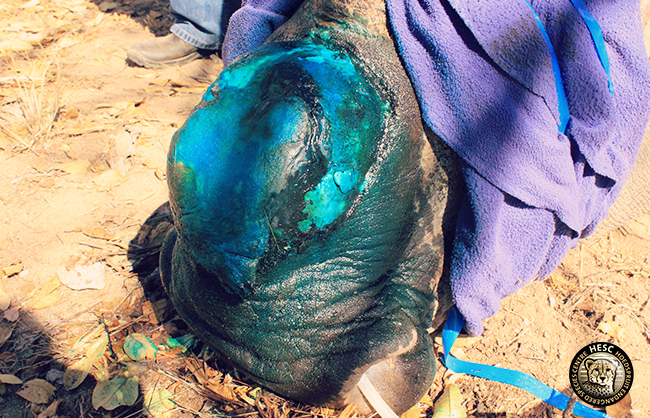 Dr Rogers was very impressed with the healing; so much so that he decided that the wound did not need to be covered anymore. However, we’ll still need to monitor Philippa closely, just in case she scratches the new skin growth, and possibly exposes the wound again. 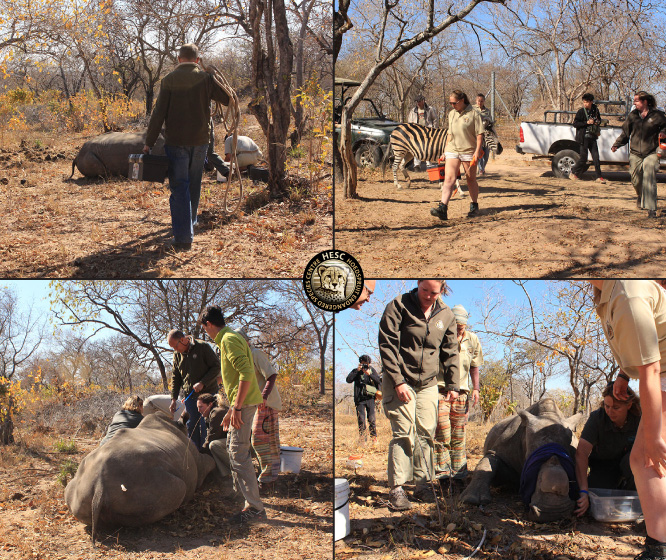 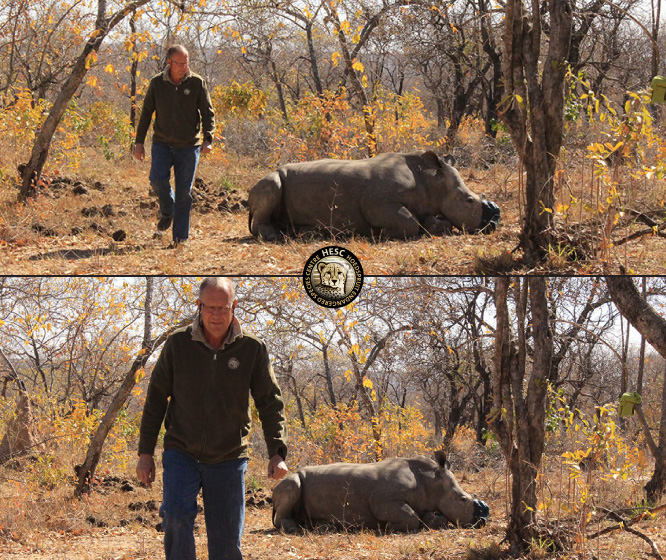 The entire procedure lasted about 30 minutes, and Philippa’s rhino friends Dingle Dell, Lion’s Den and Zeta the zebra remained close by during this time, keeping an eye on everyone.
Dr Rogers gave Philippa an antidote to the anesthesia, and she was soon on her feet. She quickly went to join Lion’s Den and Dingle Dell. Here’s holding thumbs that she never needs a doctor again! 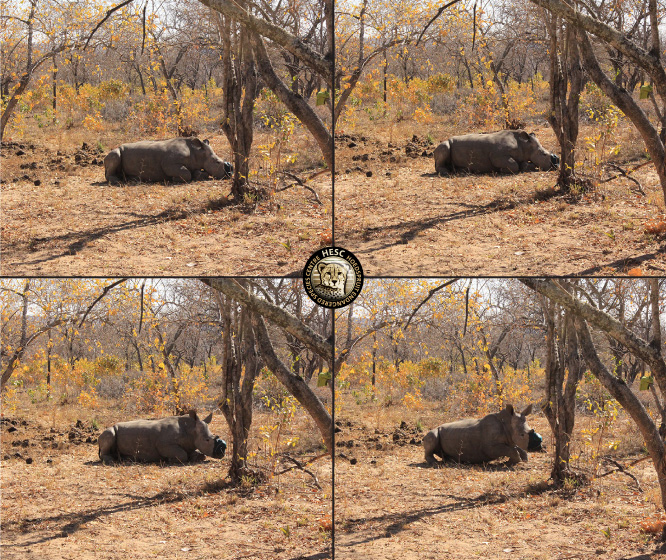 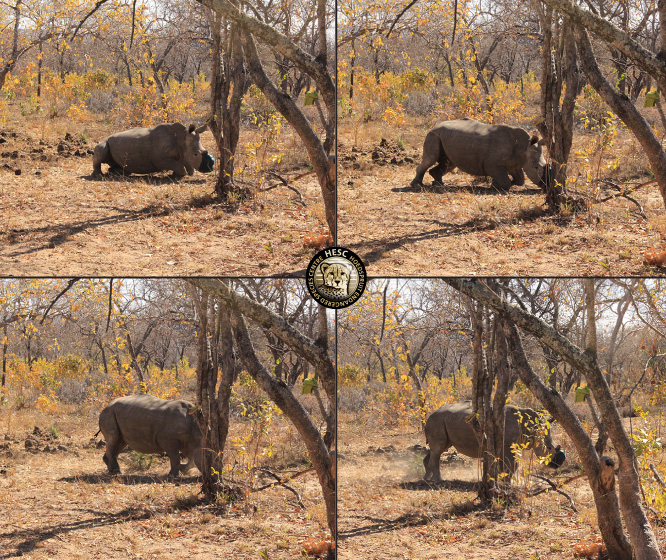 The clip below shows one of Philippa’s earlier treatment procedures, watch to see how far this rhino cow has come.