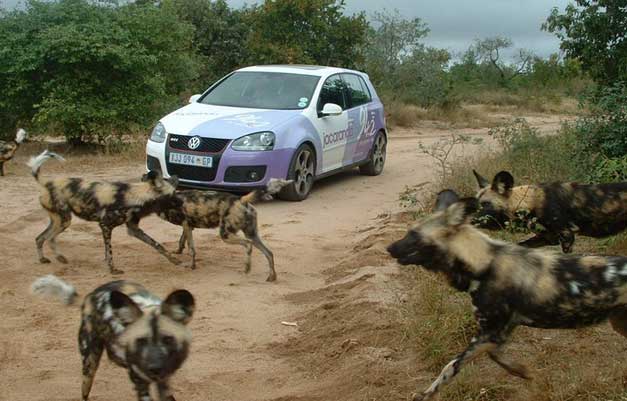 A-rod chatted live on air to Darren Scott from the ‘Just Plain Breakfast’ show while at the Centre!

He also spent some time playing with Max (one of our cheetahs), and even assisted in feeding the wild dogs. For once these ‘gannets’ were interested in something other than their food.

They were so intrigued by A-rod’s purple and white Jacaranda-mobile (VW GTI) that they completely forgot that it was actually feeding time. Instead they just trotted alongside this strange visitor to their enclosure, whimpering and whining as they went.

Have a look at the rest of the photos of A-Rod’s visit on our Facebook page.