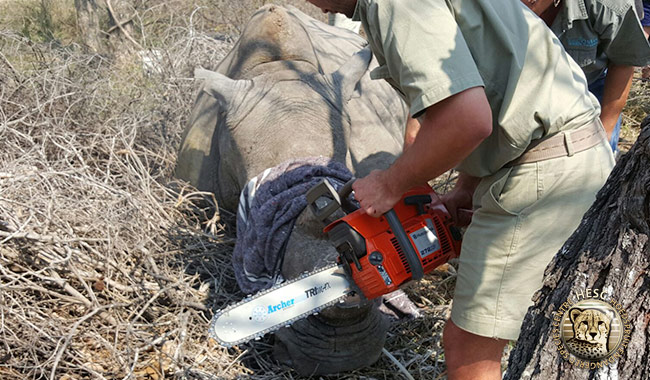 The second of our miracle rhino survivors, Lion’s Den, was successfully de-horned on Tuesday the 15th September 2015.

Dr Rogers arrived early Tuesday morning, closely followed by some excited learners from the local Southern Cross school in Hoedspruit. After the plan of action was explained to the entire group, everyone headed to the rhino camp. 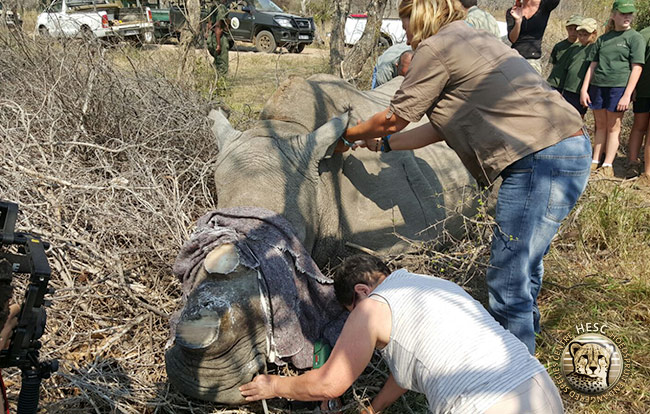 As is always the case, Dr Rogers and the HESC curators first located the rhino, darted her and once all was clear the rest of the crew was allowed to enter the boma. A rhino dehorning process always starts with monitoring the animal’s vital organs. A line is then drawn to show exactly where the horn is to be cut (done to avoid causing any damage to the nerves and sinuses). A chainsaw was then used to make a very precise cut along the line drawn. After the horn was removed, its rough edges were smoothed with a grinder to ensure that Lion’s Den wouldn’t unintentionally hurt her companion. 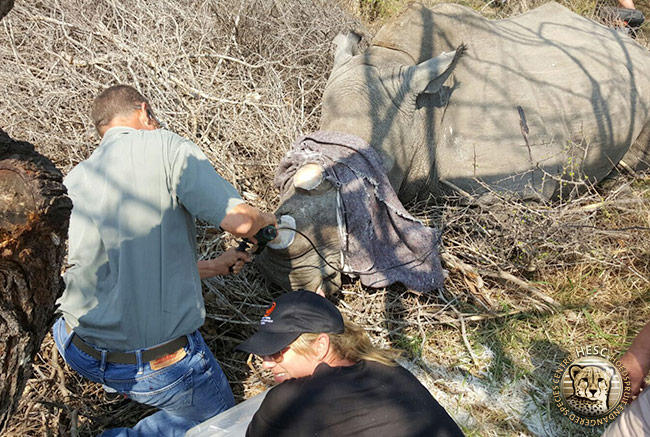 After clearing the immediate area of all spectators, a reversal drug was administered on the rhino cow by Dr. Rogers. Lion’s Den seemed no worse off from the experience. The rhino horn was removed from HESC, and taken to a secure location by the anti-poaching unit. 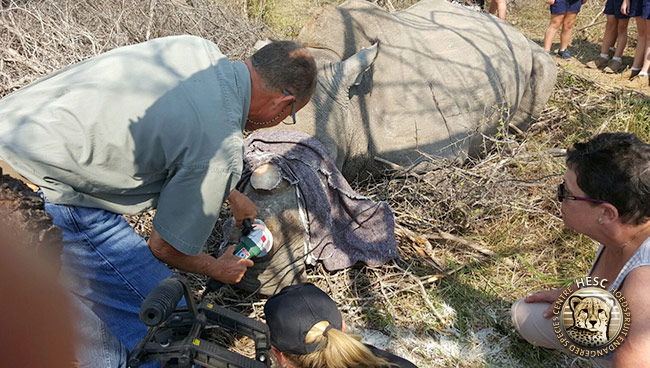 Nocturnal visits with an unexpected outcome