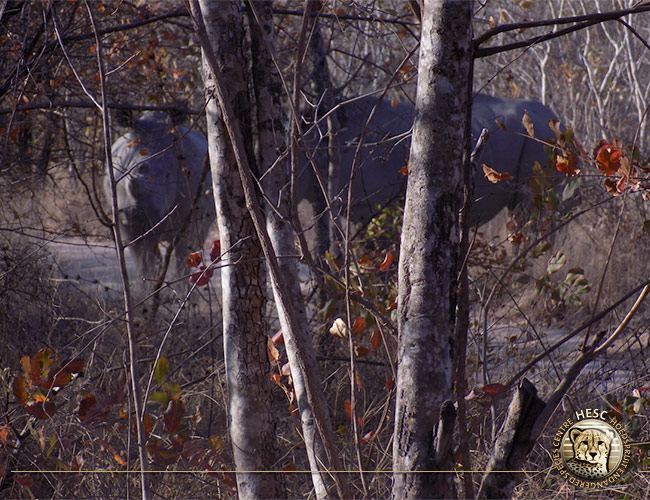 Lion’s Den and Dingle Dell are reunited after the procedure

A little over five months since the rhino cow’s last treatment, on the 18th July 2015 Lion’s Den had to undergo another procedure.

We have been working on Lion’s Den’s wound for the last 23 months – a total of 25 treatments involving approximately 300-400 screws. The initial wound extended right into the sinus canal, and although it appeared to have closed very well, a small portion has become exposed and vulnerable. 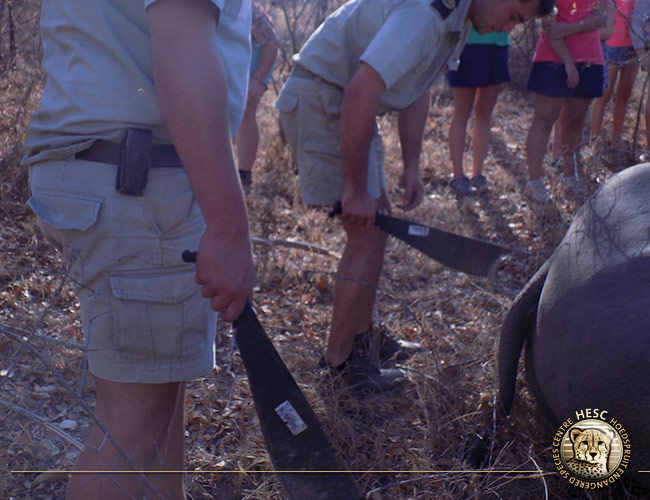 Clearing the bushes around Lion’s Den

Head Curator, Christo, noticed the exposed wound after seeing a number of the red-billed oxpeckers and flies around Lion’s Den. He immediately called Dr. Rogers. Oxpeckers will peck at the wound, making it near impossible to fully heal. 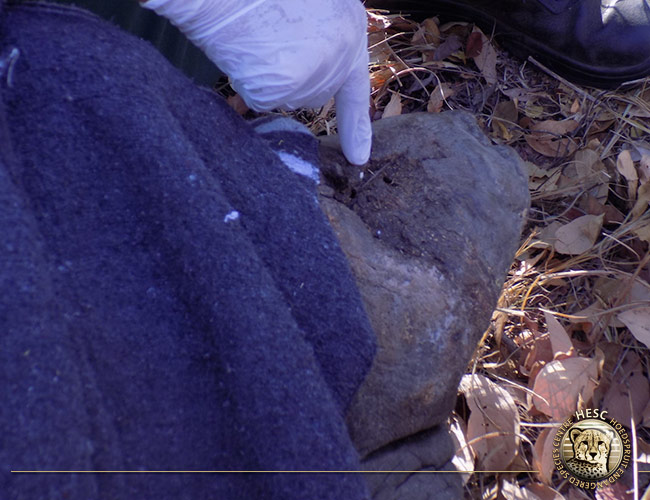 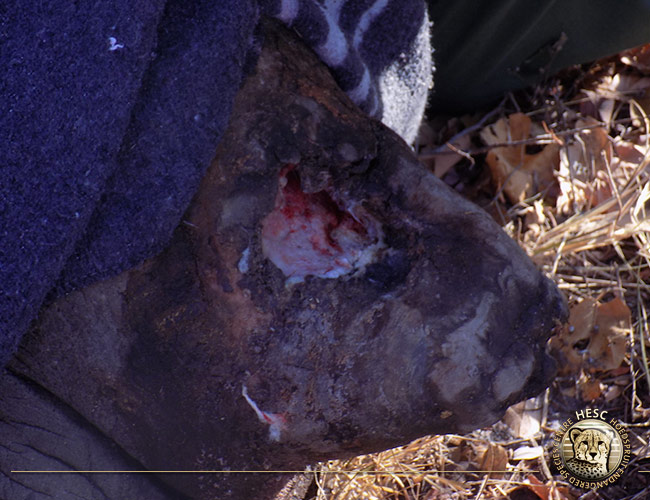 Dr. Rogers came in on 18 July (Nelson Mandela Day, where people are encouraged to recognise their individual power to make an imprint and help change the world around them for the better). He gave more than 67 minutes of his time to help Lion’s Den. 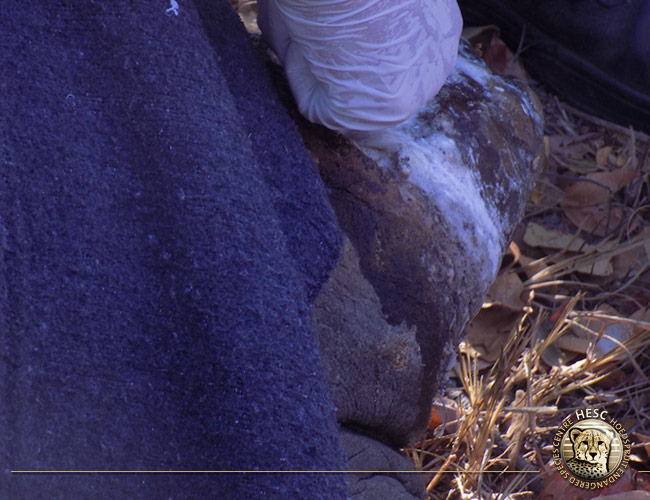 The rhino was quickly darted and went down in the bushes. This posed a bit of a challenge, as some of the team members had to slash the bushes around her with pangas. This was to ensure that she would not sustain any injuries when we turned her over during the treatment. 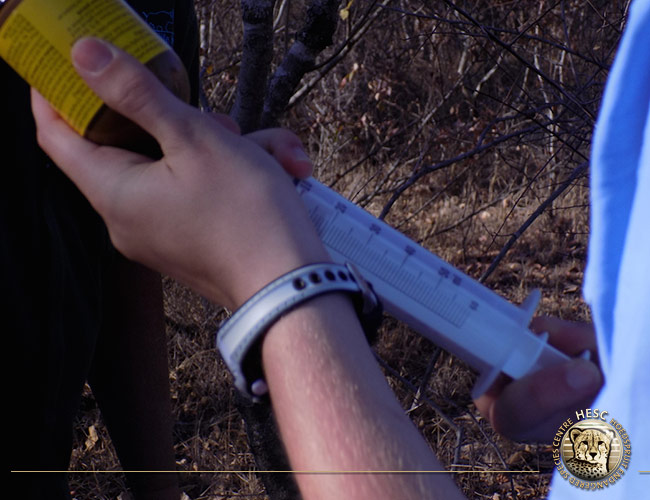 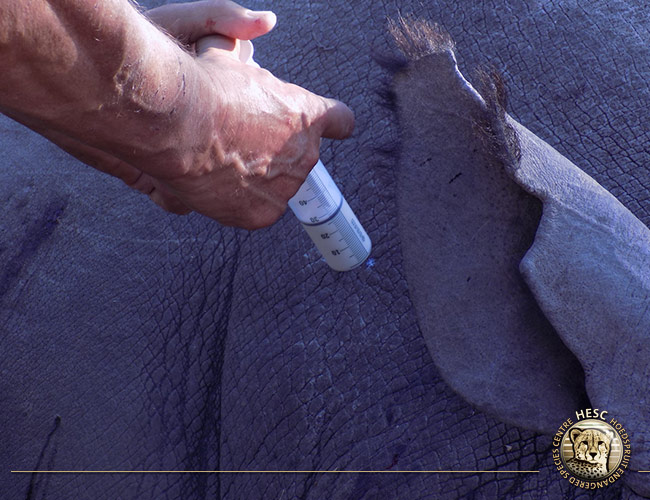 An oxygen pipe was inserted into her nostrils. When Dr. Rogers took a closer look at the wound, he found evidence of maggots. It was a good thing that we called him in as soon as we did, as the damage could have been worse. 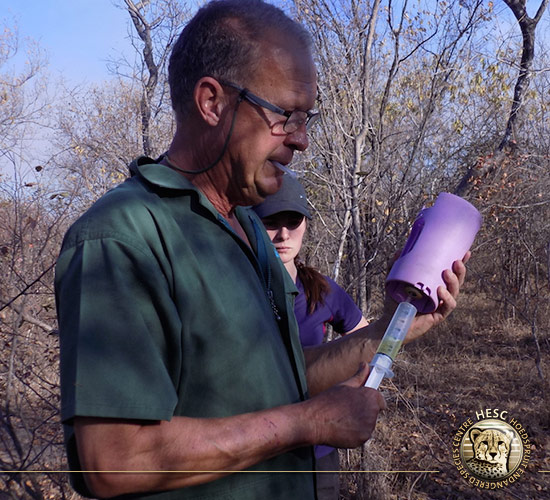 Dr Rogers about to administer vitamins 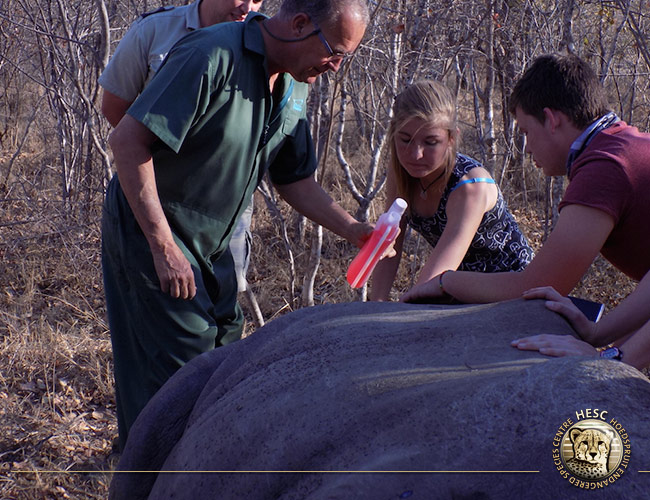 The wound was cleaned and treated using organic material to get the old dead tissue removed, as this attracts the blowfly. 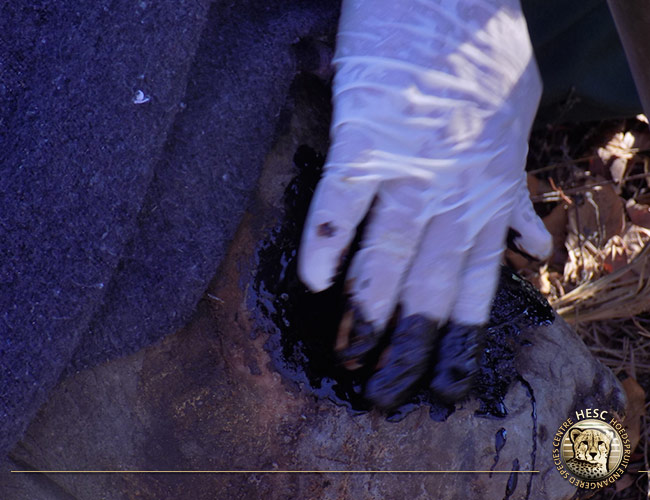 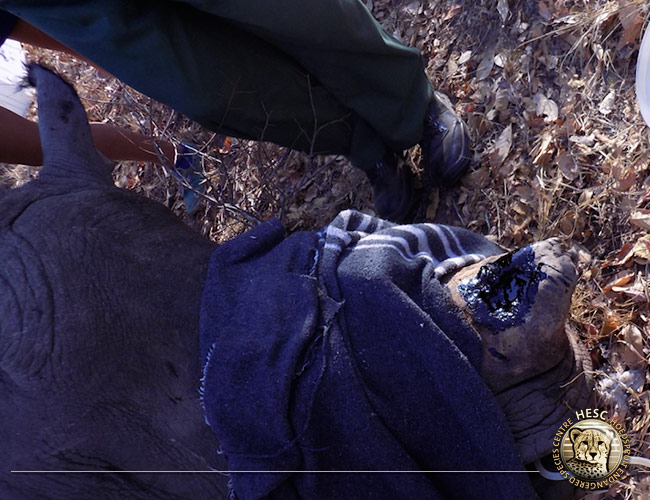 Antibiotics, anti-inflammatories and vitamins were then administered. Stockholm tar was poured over the wound, and Lion’s Den was sprayed with an insecticide to discourage flies and ticks.

The reversal drug was administered to wake the rhino up, and Dingle Dell quickly joined her companion once again.

Caesar is treated for Arthritis