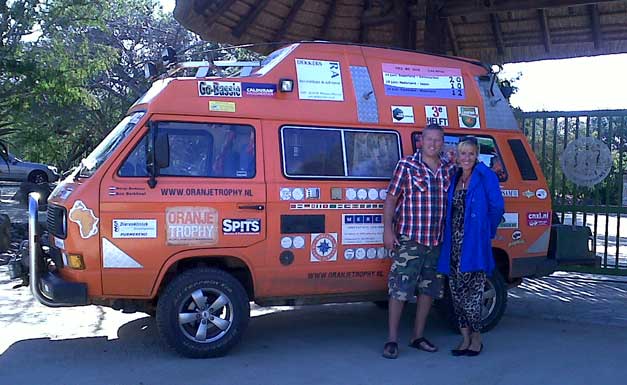 A group of Netherlands football fans are currently travelling from city to city in support of their national team during the FIFA World Cup.

They said they are hard at work, “Painting the rainbow nation orange!”

The ‘orange campers’ as they call themselves, are snaking their bright, fruity way along South Africa’s roads in their unmistakable VW vans, motor homes, 4×4 vehicles, overland trucks and private cars.

So when the ‘Go Bassie’ bright orange VW van pulled up at our gates it was easily recognisable, even with the dust clouds pluming up from the gravel road.

They’d just been to the big match between Uruguay and Netherlands and were on their way to the world-famous Kruger National Park when they decided to stop in at HESC for a visit!