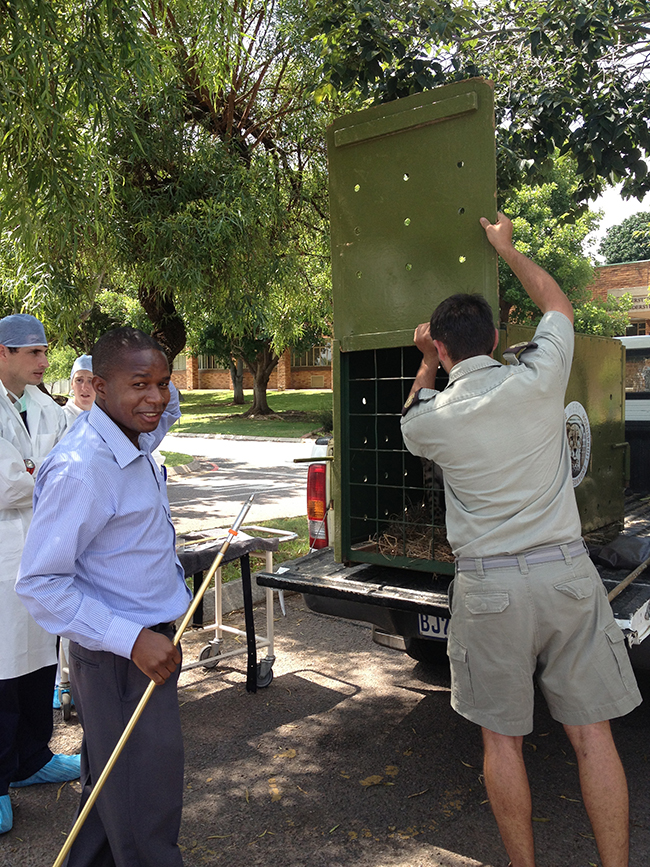 Professor Brighton and his students

In September last year, Mary Jane – a young cheetah cub – fell out of a tree and had to undergo surgery to treat her fractured leg. Her journey to recovery has been a long process that has included surgery and weekly cleaning and dressing of the wound. Early on the morning of 21 January 2013, curator, Christo Schreiber took Mary Jane to Onderstepoort. 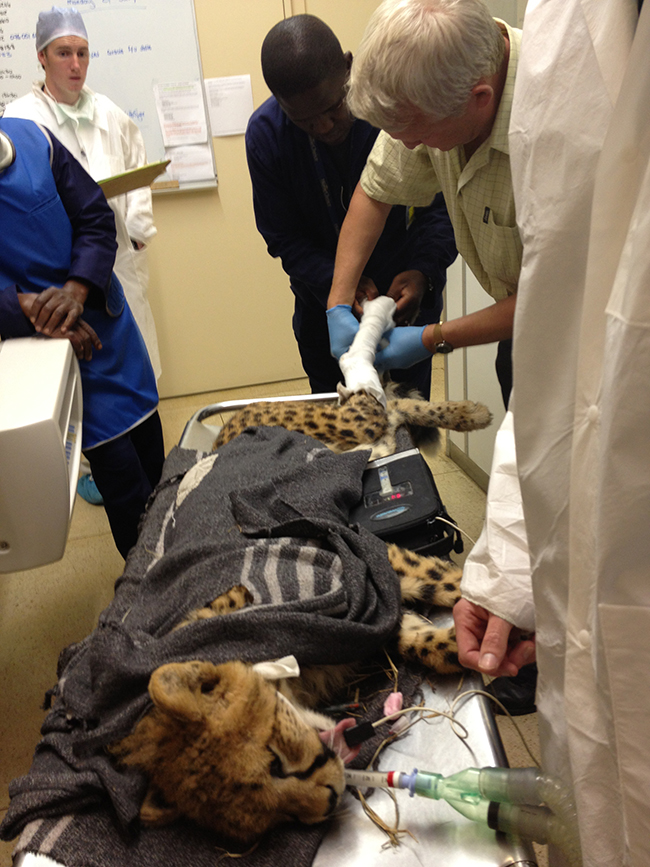 Professor Brighton of Onderstepoort Veterinary Academic Hospital sedated Mary Jane in order to minimise her chances of her getting stressed due to the unfamiliar smells, sounds and people around her. She was then wheeled to the surgical area, and was put on a monitor before x-rays were taken. Her leg seemed to be healing well, although the edges of the plate appeared to be a bit skew as a result of her movement over the last few months. 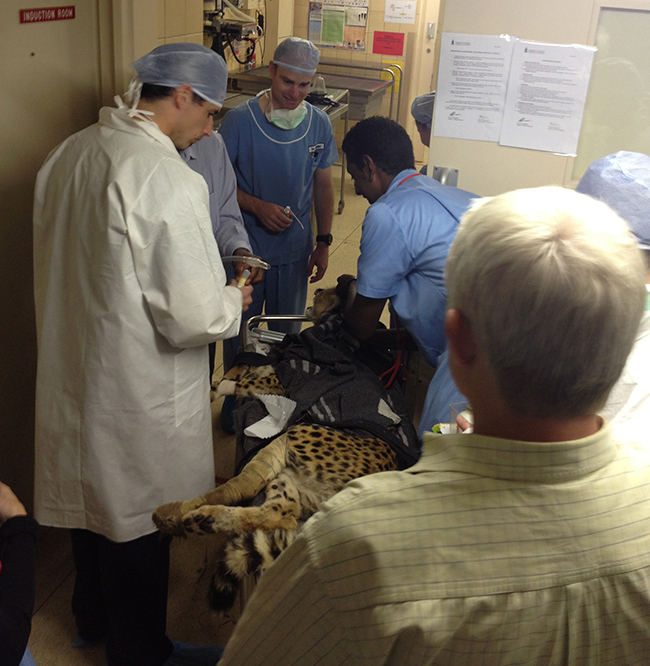 Dr Bruce Neville and his dedicated team removed the plate in Mary Janeâ€™s leg, as the skin was not covering it properly. The procedure began just after 09h00, it was only after 13h00 that Mary Jane was awakened from the anaesthesia. 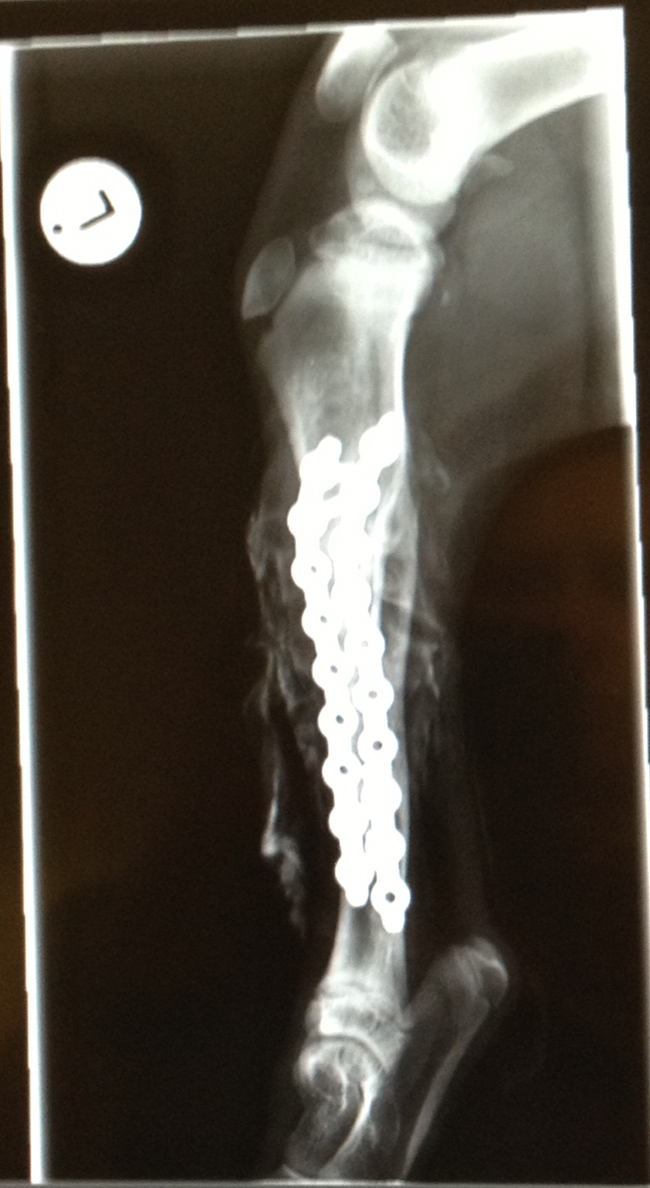 The first set of x-rays showing the plate

A final x-ray was taken of Mary Jane’s leg, and Dr Bruce Neville was impressed with the success of the operation. The wound will continue to be tended every week until fully healed. 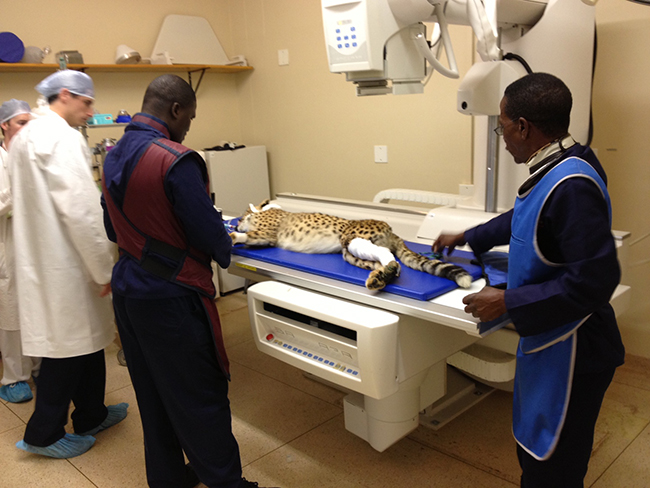