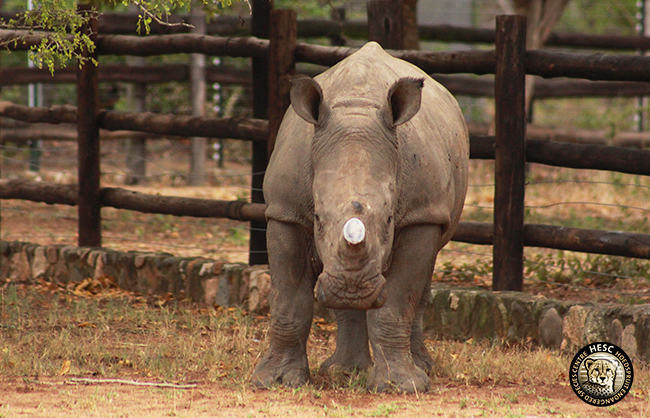 Our young Matimba was de-horned earlier this week. Sadly this has become an essential procedure, as the threat of poachers is ever present. Our pledge is to keep these rhinos safe and alive, and we will do this at all costs.

We had to separate Gertjie from Matimba in order to perform the procedure. We lured Matimba into the enclosure next door. Gertjie waited at the gate for his companion during the entire procedure. He showed signs of restlessness and even called for Matimba a few times. 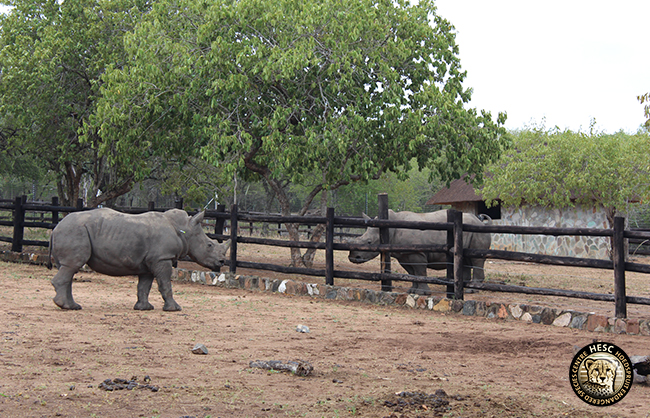 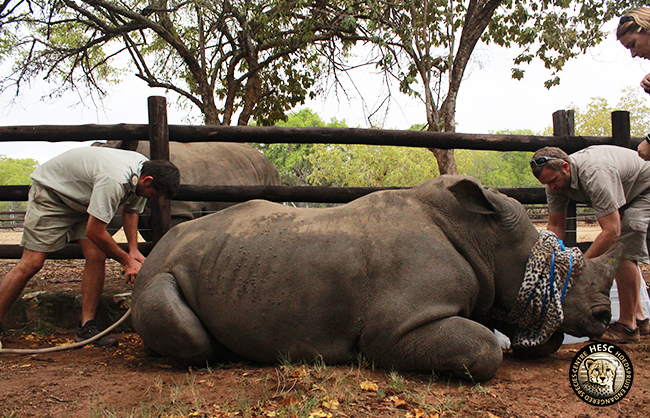 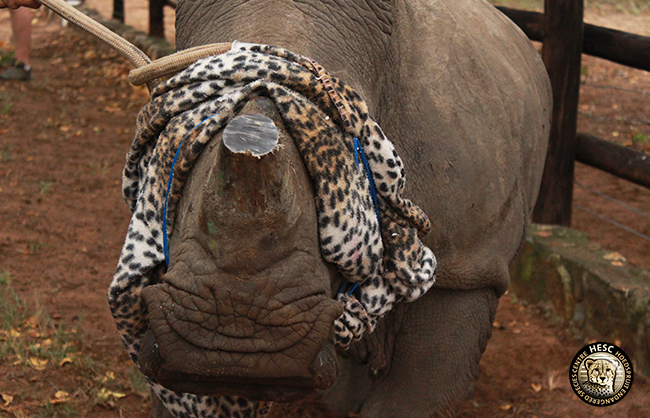 Provet Wildlife Services darted Matimba with a sedative, and the team quickly moved into the enclosure to start the procedure. It went very quickly, as we did not want to stress either Gertjie or Matimba too much by the separation.
After the horn was removed, a grinder was used to smooth its remaining edges. The reversal drug was quickly administered to wake Matimba up again. 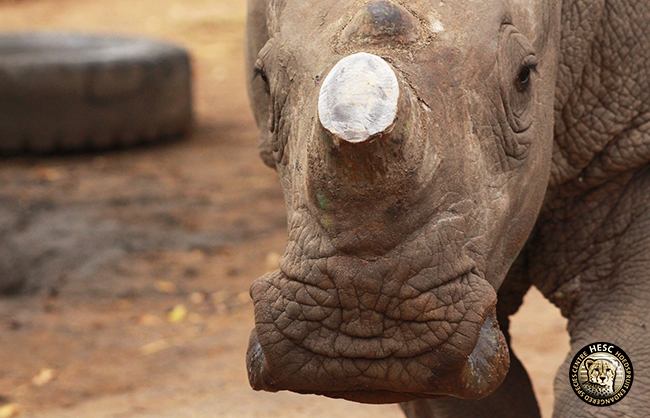 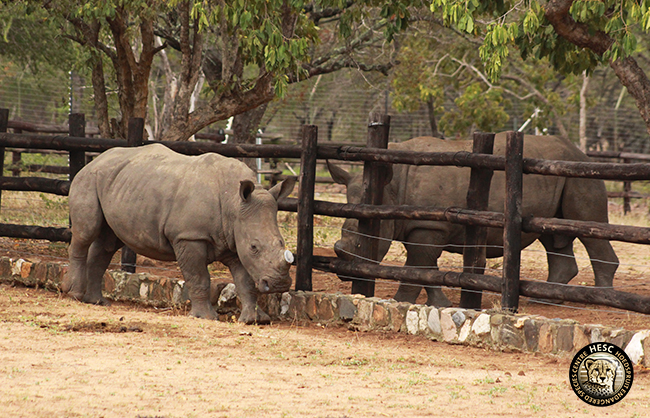 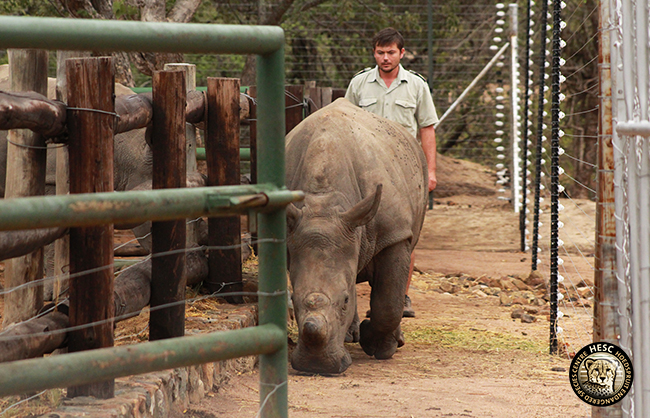 Gertjie rushed to Matimba as soon as the gates were open, and the two young rhino bulls were reunited again. Matimba started making little sounds as soon as he saw Gertjie, as if to tell him what had happened.

The bond between these two gentle giants is simply beautiful to witness. 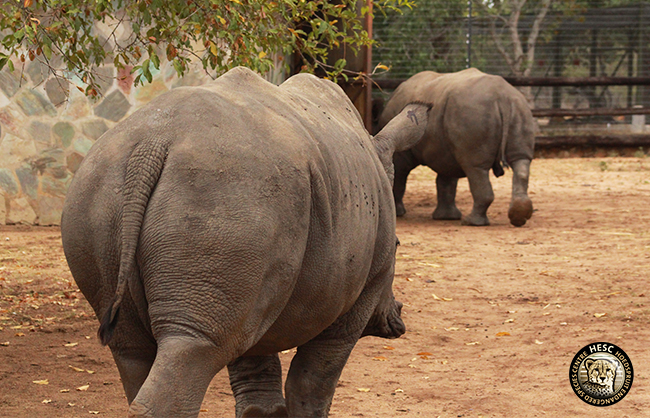 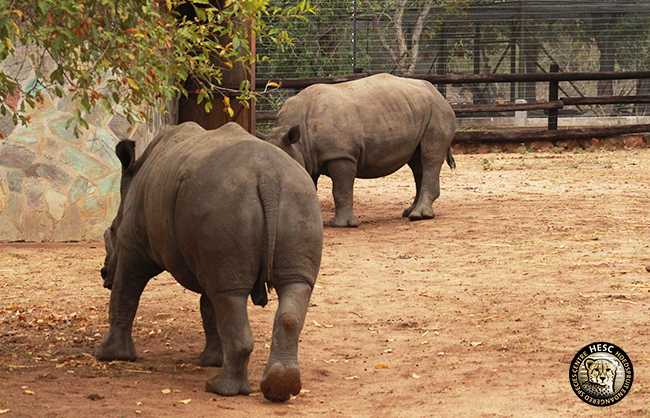 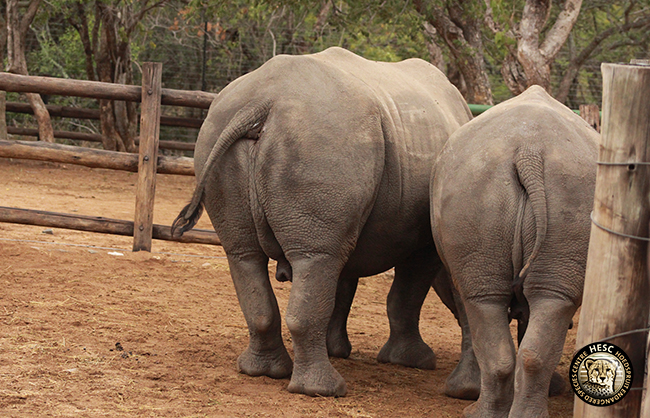