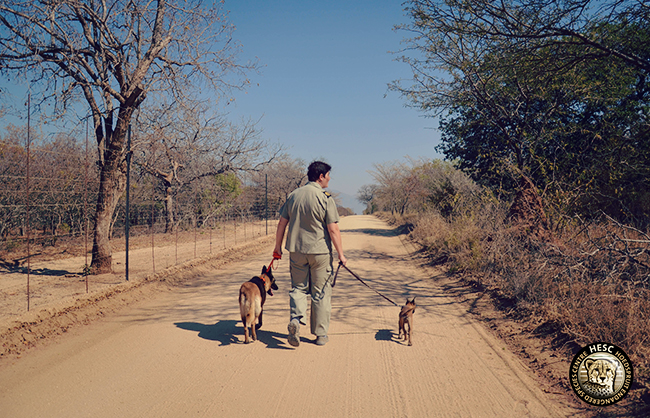 Bullet is the newest addition to our anti-poaching unit. Aptly named for his anticipated role, the staff members at HESC came up with the name and Mev Roode gave her go ahead. He arrived on the 1st July from Carogan Kennels, Pretoria.
Bullet was born on the 2nd May 2016, and is now 11 weeks and five days old. Just like his counterpart, Zee, he is also a Malinois breed. 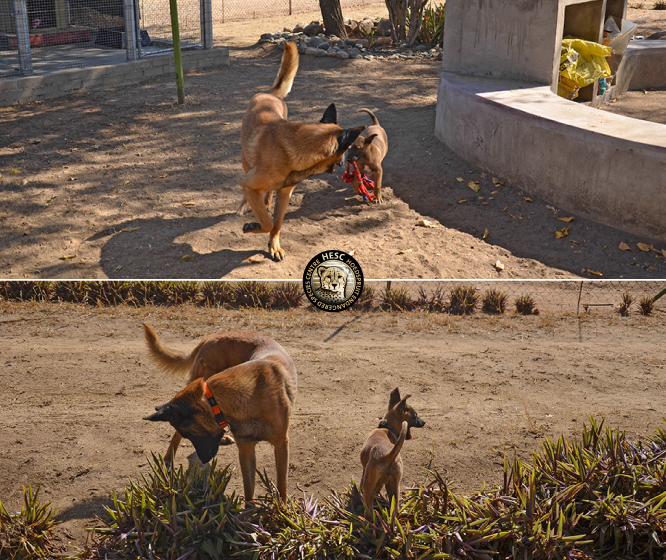 His daily activities currently include some basic training and a lot of play time. Bullet can be found playing tug-of-war with Zee or his handler; learning to walk on a lead; and getting used to all types of scents, sights, sounds and surfaces. He is also getting used to driving in cars, as well as being in his kennel alone (with Zee in the kennel right beside him). He is adapting very well to his new life, and is always such a joy to be around!

Bullet with his tug of war toy 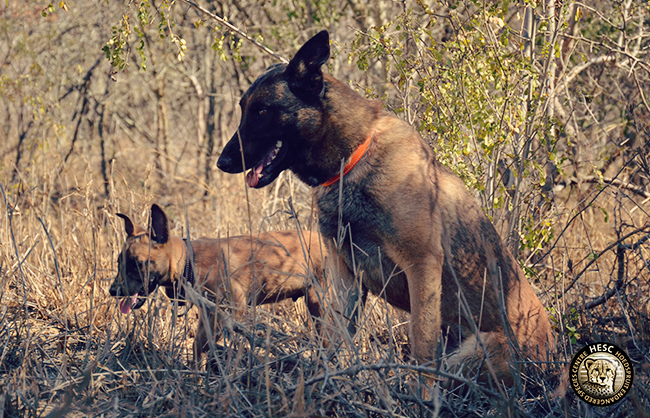 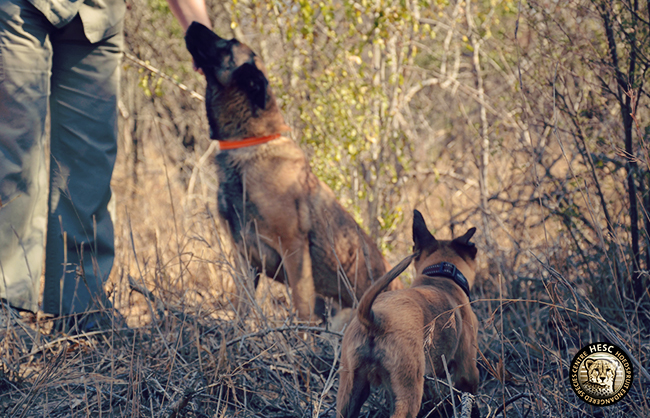 Zee and Bullet in the bush

Unlike Bullet, Zee is already a trained anti-poaching dog. Zee’s daily routine includes tracking through the bush and identifying different scents, and learning new instructions. Zee also does a lot of lead work, patrols and visibility work, which includes walking around the centre to make his presence known. 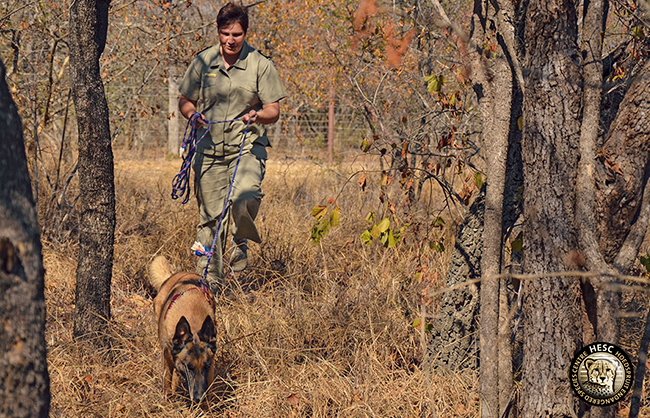 Zee and Corlet, his handler, tracking through the bush

What HESC wants to achieve with Bullet and Zee is ultimately a strong anti-poaching force at the centre. We are hoping that their presence becomes visible to the public, and that in turn, deters poachers. They will also be used for other general security purposes around the centre.
The costs associated with acquiring such dogs varies and can be fairly high. Bullet came at a cost R 7000; while Zee came at a much higher tag of R40 000, as she is already a trained anti-poaching dog. At the moment we are not spending much on Bullet’s training. He will start getting trained for his position when he is a year old. For the time-being, our main aim is to get him socialized and exposed to different situations. 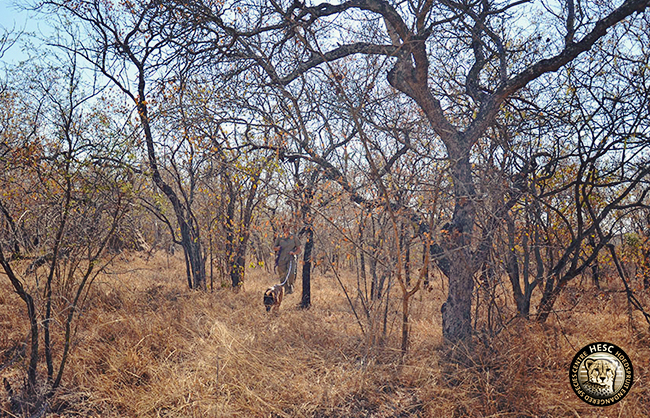 We currently have two handlers working with the dogs. Zee only interacts with and take commands from them, but coupled with instruction is a whole lot of love. As Bullet is still being socialized, he gets to interact with a lot more people.
Everyone at the centre, including the handlers, go out of their way to ensure both dogs are comfortable and happy. They have been a very welcome addition to the family. 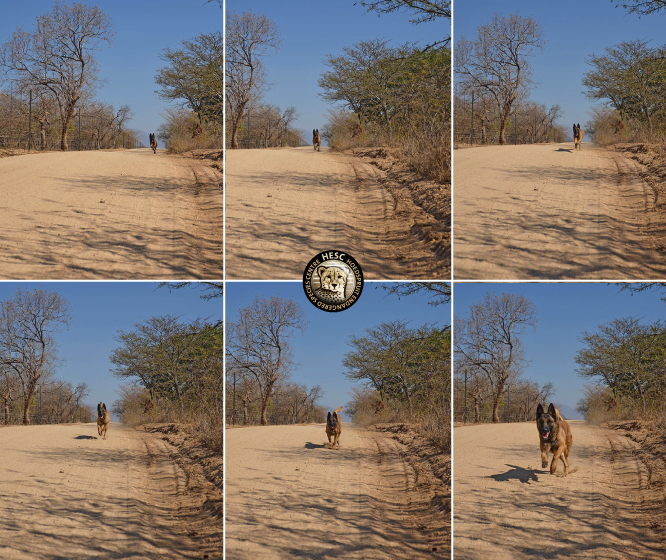 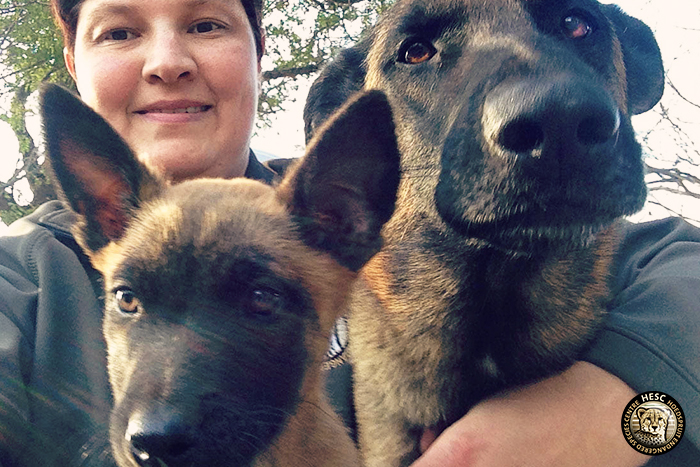 August Students – The End is Here!