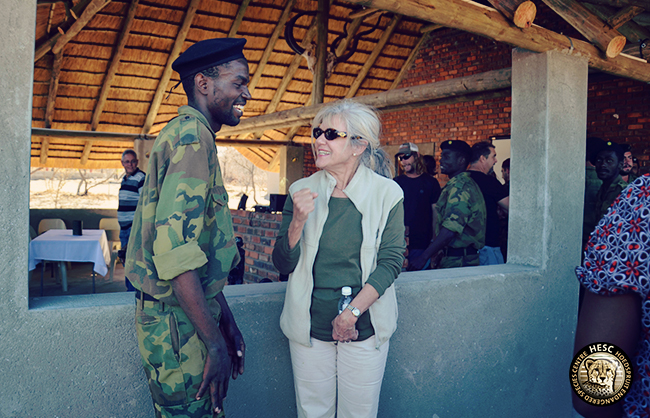 He made a promise to HESC that he’d stay the course, and today we are proud to announce that Simon Mnisi recently qualified as an Anti-Poaching Ranger after completing the gruelling Protrack Anti-Poaching Course.
Asked about his experiences, Simon says that the first two weeks of the six-week course were the hardest. “It was very cold at night, we had to do a lot of running, but you don’t get a lot of food. Everyone gets maize meal, soya, rice, potatoes and meat, but just enough to make one small meal a day. You get very tired. I cried every day, but after two weeks you get used to it!” 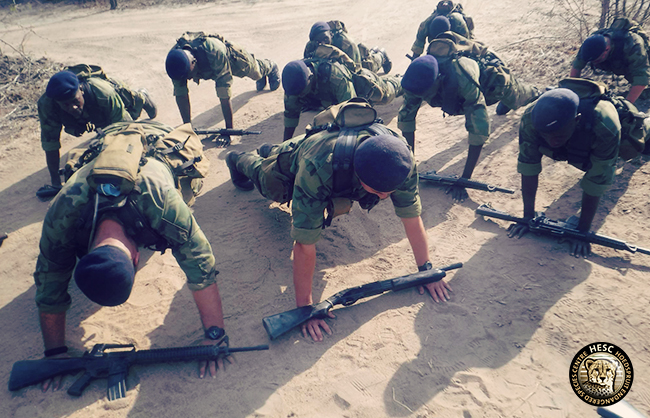 The training at Protech is very similar to “real” military training, preparing trainees for actual war and combat situations. According to Protrack, the “course is serious and takes a lot of discipline”.
It’s no wonder, then, that Simon’s family members and Mrs. Lente Roode felt extremely proud at the passing out parade, where successful candidates were issued with their berets. Not one to rest on his laurels, Simon was back at work on the following Monday, where he was enthusiastically and proudly greeted by the HESC staff. How did he feel? “Very good! I am strong now,” he said. 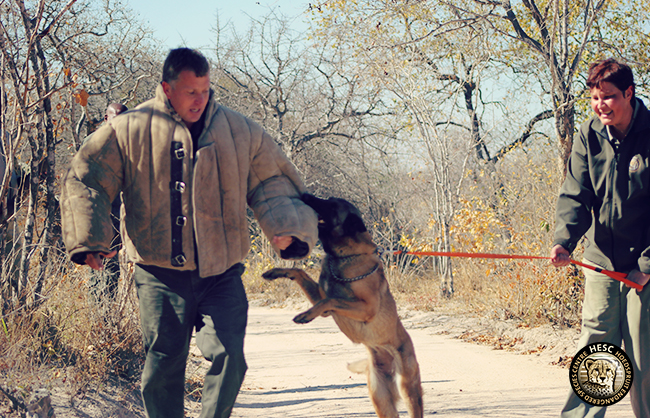 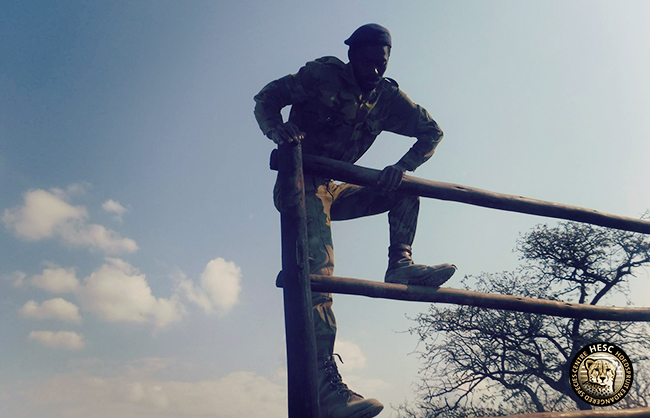 Along with Zee and Bullet, our anti-poaching canines, Simon is now part of HESC’s crucial frontline defenses against rhino poachers. We had to take extra measures to protect our precious animals, and identify the right person for the K9 handler position. Simon’s interest and ability to work with Zee and Bullet in the battle against poaching stood out. Since returning from his training, Simon and Zee have formed a strong partnership. They are now doing nightly and daily patrols, and to keep both Zee and Simon up to standard, they do regular tracking and training sessions together.
The hard work is paying off, too: we recently had a visit from the South African Wildlife College K9 unit, and they were very impressed with Zee’s abilities, and Bullet’s training progress. They did work with Corlet, Simon, Zee and Bullet. Simon learnt a lot about tracking, and Johan gave Corlet a few tips on how to train Bullet.
Simon is a true conservation warrior at heart. We are very proud of him and his partner Zee, and are looking forward to the impact our new anti-poachers will make in the fight against rhino poaching. Thank you to our generous supporters, who made it possible to send Simon on this life-changing course. 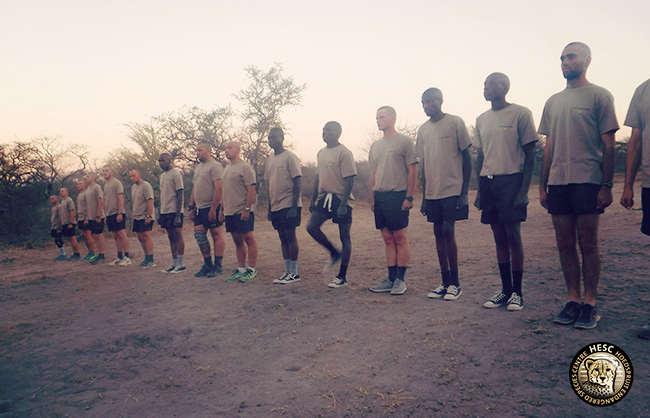 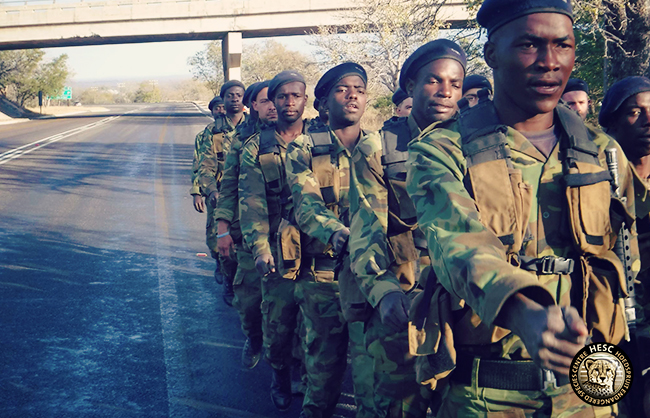 Do you have what it takes?
Could you do what Simon did? When signing up for the Protrack course, you have to agree to intense training. This is from information sent to trainees beforehand: 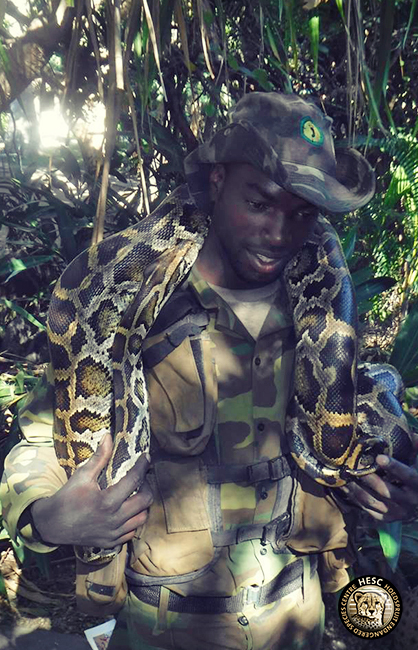