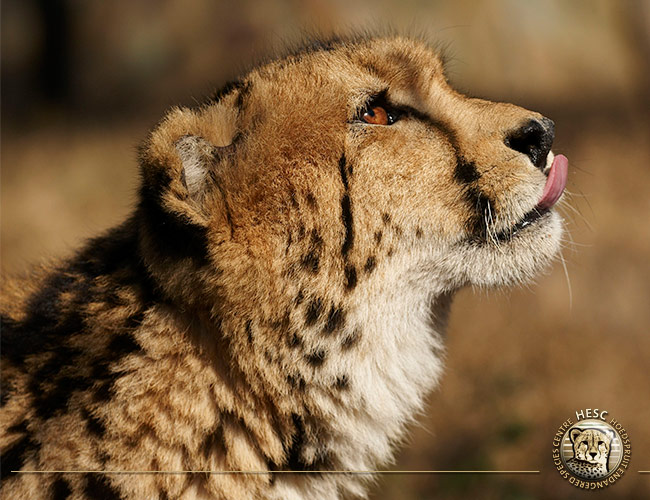 Michael, born on the 1 January 2006, is quite the character.

He loves to tease our guides when they do a tour, right when the guide gets a question asking, “Do Cheetahs Climb Trees” and the guide responds, “Cheetahs rarely ever climb trees” does Michael then decide at that moment to climb a tree. So this King Cheetah clearly loves his trees, especially when game vehicles come passed.

Michael loves his neighbour Martin, they often in the early hours of the morning run together alongside their enclosures. Michael has a fitness partner.

He is quite the fussy eater though – the curators will have to swap the meat three times before he decides to eat it – I guess this tree climbing king cheetah is really quite the character to see on your next visit to the center.