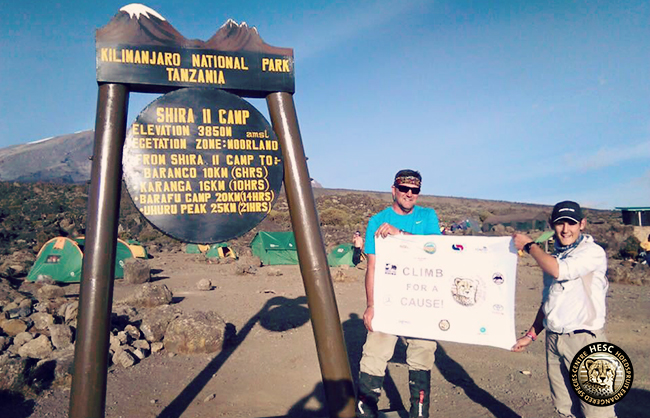 On 14 July 2016, as the red ball of the sun rose over the African landscape, Eddie and Quintin Serton set foot on Uhuru peak at 5.895m (19,341ft) above sea level, the highest peak in Africa, and the world’s highest free-standing mountain.
The father and son team from Silver Lakes in Pretoria had successfully summited after trekking the Lemosho route, which is both the longest and most scenic of the available routes up Kilimanjaro. Starting in the tropical rainforest at the Londorossi gate, this trail takes one through four different climates (Rain Forest, Moorland, Alpine Dessert and eventually the Arctic conditions of the summit.)
What had begun as a casual challenge thrown out by Quintin (20), in early 2016, gradually became a “Climb for a Cause”, with the pair convincing several sponsors to throw their weight behind a charity drive to raise both funds and awareness, while “having fun” in the process! 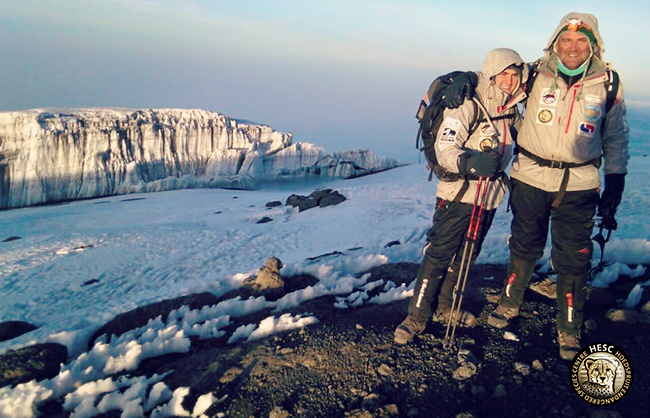 With the involvement of Tom and Carla, owners of Wutomi camp in the Klaserie, the charity drive quickly evolved into an event focused on the orphaned rhinos of Hoedspruit Endangered Species Centre.
From the outset, the challenge had been based on an understanding of “no summit, no pay”, thus putting the pressure squarely on Eddie and Quintin to reach the peak!
Several months of preparation, and many hours of research paid off as the pair stood at the top of Africa at sunrise on that day. In the process, support and funding had been raised to foster 8 rhino calves, and one orphaned cheetah pup.
The generous sponsors of this event have reached deep in their pockets, with the estimated value of donations to date surpassing the R500,000 mark. In addition to the rhino sponsorships, Mercedes Wonderboom will be sponsoring a vehicle for “The Caring Daisies”, a charitable support group in Pretoria, and Capitec Bank have generously taken on the support, improvement and maintenance of the Lumukisa School in Hoedspruit, a pre-, primary and high school serving 900 plus learners from the immediate area.
The sponsors who have supported this “Climb for a Cause”, in no particular order, were: Mercedes Wonderboom, Fontis Developments, Capitec Bank, NQL Devco, Toyota Hatfield, Konica Minolta, Produkta Nissan Nelspruit, Airwaves Airconditioning, and Wutomi camp. Individuals such as Marc Armstrong from Dubai, retired businessman Dawie Lubbe from Sable Hills, and Renier and Sunet of Liqour City. 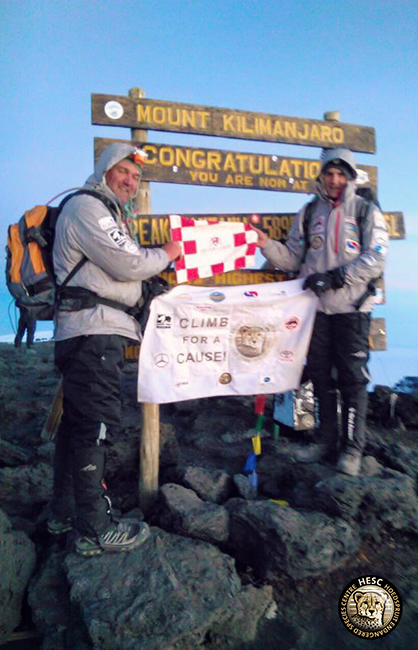 With the climb now behind us, it is heartening to see even more support and sponsorships emerge, and the focus shifting to a drive that will continue to raise awareness and funding towards this most critical of causes in preserving our fragile natural resources, and ensuring sustainability for the project going forward.
We wish to thank everyone involved, directly or indirectly, in making a difference in the world we live in, and look forward to taking on some future challenges in maintaining this excellent initiative.
If you would like to participate in ‘Climb for a Cause’, please contact Ricki at fundraising@cheetahcentre.co.za.
~ Carla Maritz at Fontis Developments ~