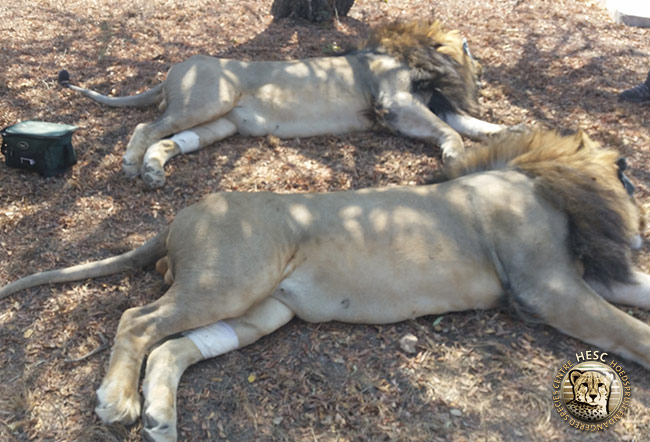 Our two male resident lions, Mufasa and Scar (named after the characters in the Disney movie ‘The Lion King”) were moved to a new enclosure on the morning of 17th August.

Together they were lured into the feeding hold where Dr. Rogers could sedate them using a low dose of Medetomidine and Ketamine. It took only a few moments for the two boys to fall asleep. At this point the crew – Dr Rogers, his team and our staff – could move in and relocate them to the new enclosure next door. Easy! Or so we thought…

It took eight adults to pick up each lion, and this collective strength was still not enough to move the cats. Lion to stretcher – picking stretcher up – moving to the enclosure next door (which was thankfully not far at all). No-one could have imagined the muscle that would be needed to accomplish this seemingly simple transfer. 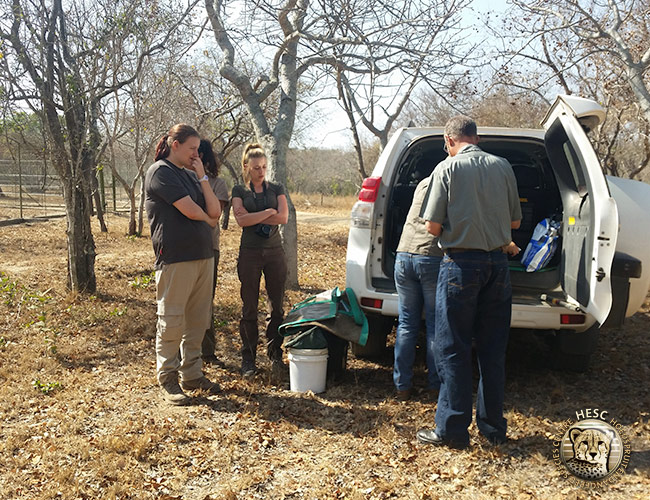 Despite the challenge, all hands persevered and both Mufasa and Scar were soon safely moved to their new space.

Throughout the process, both lions had towels over their eyes to ensure that they wouldn’t dry out from the sun – this due to the fact that when a lion is sedated, its eyes do not fully close. 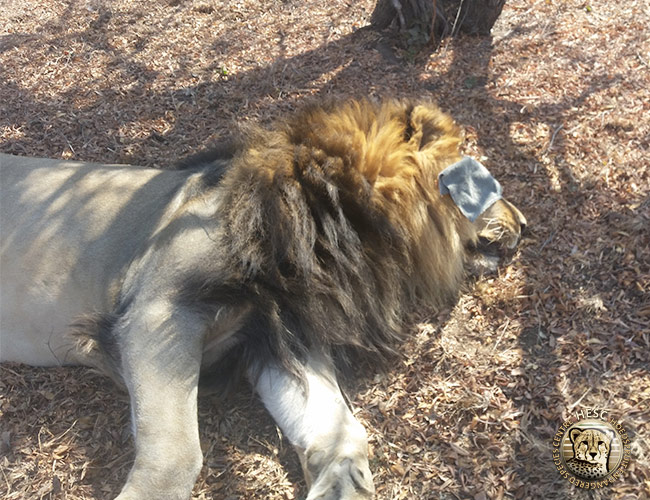 Mufasa and Scar were then given deworming and rabies treatments, penicillin and vitamin injections. A reversal drug administered soon woke them up. 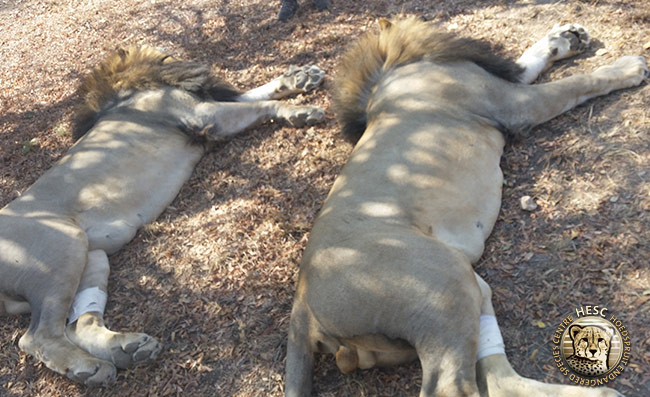 Mufasa woke first and was already quite inquisitive as to his new surroundings. As soon as he found his feet, he began to wander around the enclosure at a slow pace. While Scar took a little longer to regain consciousness, he soon joined Mufasa in scouting their new environment.

We are pleased to report that both lions are doing well, and are happy in their new home.

An update of the latest happenings at HESC