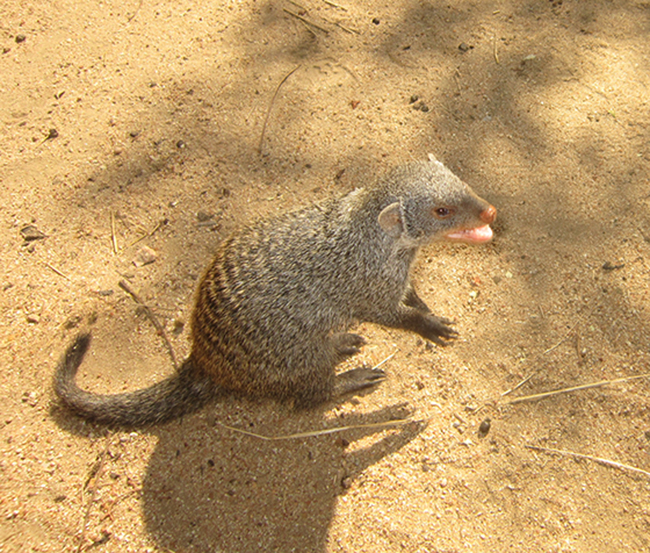 The 2013 floods brought more than just rain to the Hoedspruit Endangered Species Centre (HESC). Along with a lot of water, and plenty of green grass, the staff of the Centre were presented with an unexpected guest. Hearing a racket of squealing, we followed the noise trail into the depths of a cheetah’s enclosure. After searching around the enclosure, the staff were shocked to find out that the squealing was that of a tiny orphaned banded mongoose!

Jackie, assistant animal curator, decided to take the baby under her wing, raising him into a strong and cheeky 6-month old. He was given the best of care and was even slept in the room with Jackie, until he started developing a habit of urinating in inappropriate places! He was then moved into an outdoor enclosure, where he now enjoys the on-going attention from students whom he wins over with his squeaks and naughty attitude. 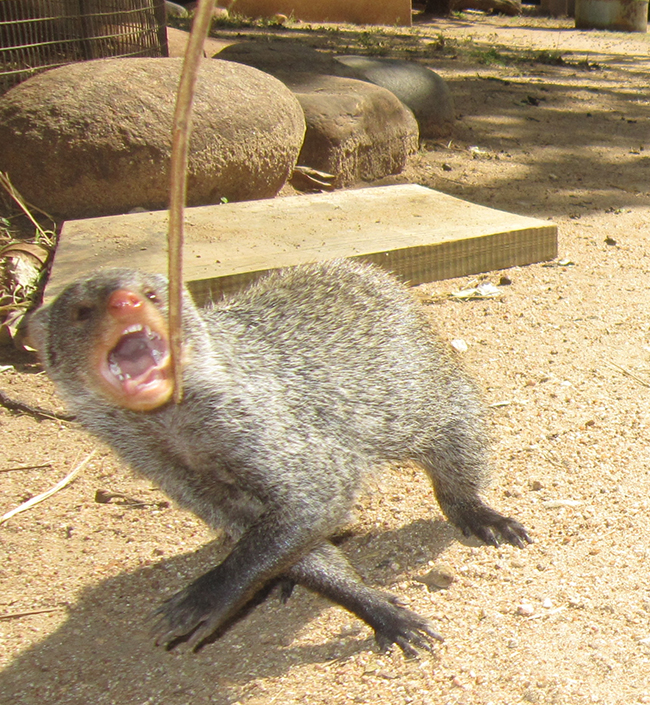 However, it was not all smooth sailing for Jackie and Mungo. From the beginning, Mungo refused to drink milk, which could have led to severe development issues including extreme calcium deficiency. Worried about her ‘little man’, Jackie decided to mix his specially developed milk formula into ProNutro, a rough baby food mixture. This worked a treat for Mungo, who scoffed down his milk and ProNutro mixture as soon as it was set down, which was a great relief to Jackie. Much like disguising vegetables in food for human babies, Jackie disguised Mungo’s milk in his food too! 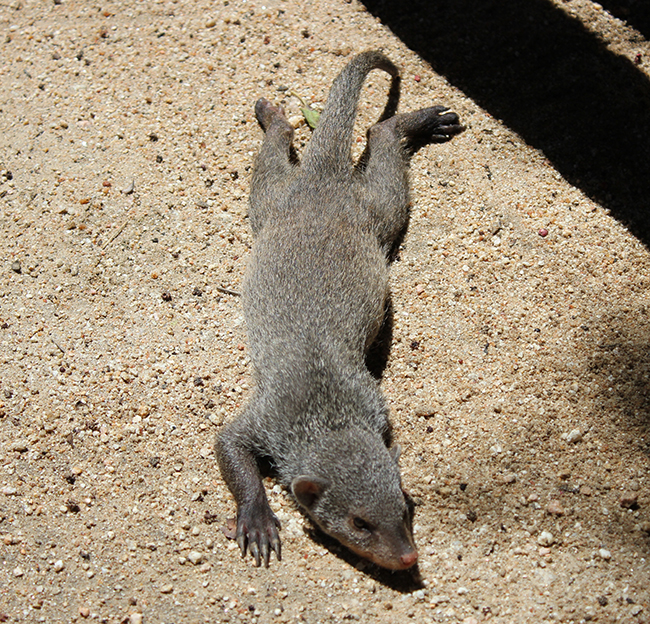 Now that he is older, Mungo no longer needs his milk mixture and is fed a delicious mixture of mongoose-friendly food, including insects, fruit, and of course his favourite â€“ ProNutro!

Being a banded mongoose, he can be identified by the bands across his body, and his strong claws that allow him to dig in the soil. Today, Mungo can be found in the student’s camp, hanging out with his favourite pal, Noddy the dog! 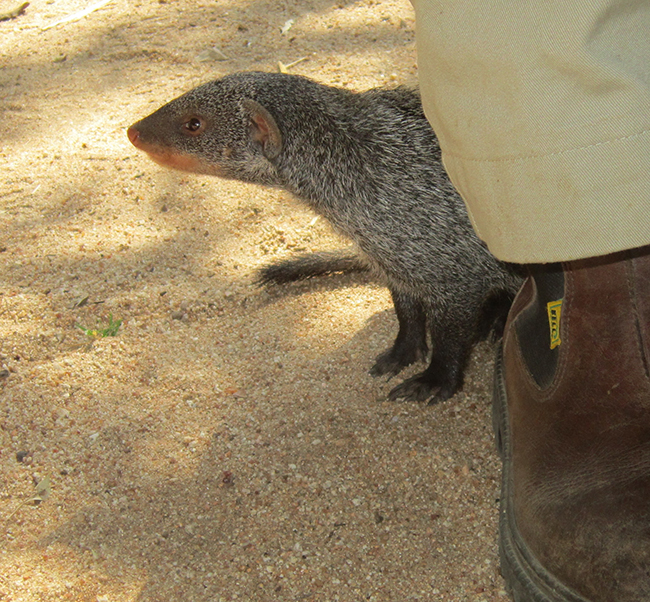