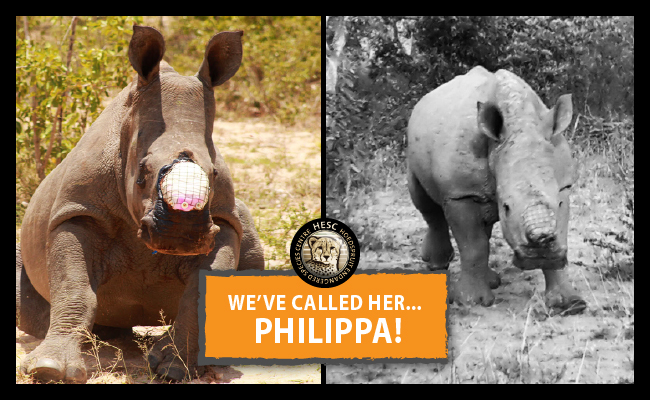 Our latest addition to the Rescued Rhinos @ HESC has been given a name, inspired by two great women who both had a hand in the conservation and work here at HESC. Meet Philippa.

Philippa Kort added great value to both HESC and Camp Jabulani and represented both in the United States. She was always passionate to learn about and share the stories of elephants, rhino and cheetah alike.

Philippina was Adine Roode’s grandmother. She worked tirelessly as a nurse in order to support the family reserve, Hoedspruit Plaas, in the 1950’s. Without her, this natural wilderness would not have been restored.

Both women unfortunately passed away due to cancer, but both of their spirits live on through the animals at HESC. We thought Philippa would be suited to the first girl in our group of rescued rhinos.