It’s been a while since we’ve done an update, so to make up for things being a little quiet, we’ve made this one is a juicy bumper edition. With the onset of summer, and subsequent rains, things have great here at the Centre. For starters, we’re all much happier now that winter is behind us. The bush has also transformed itself into a hundred different shades of green, so everything is looking really fresh and lovely at the moment. We had great weather this week. There was quite a lot of rainfall during the nights and early mornings, but the sun always managed to break through the cloud cover, bringing with it new life during the day.

NEW KID ON THE BLOCK

In October we welcomed a new member to our animal family. Savannah is a four month old serval, who until recently was kept as a pet. While you can always take an animal from the wild, you can’t take the wild out of the animal. Savannah quickly grew too big to remain purely a house cat, and wanted to explore the outside world. Unfortunately, like all cat species, she would have gone wandering if left to her own devices. This would have proved fatal as she was already human imprinted, and thus dependent on our kind for food and water. Fortunately her owners made a wise decision and brought her to live with us at the Centre, where she will play a vital role in ensuring the survival of her species.

SHOW ME THE FUNNY 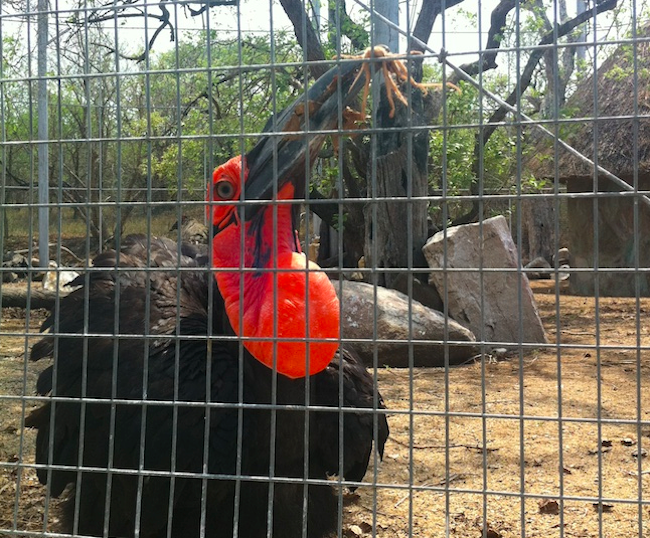 Goompie with a Red roman spider

All our animals are reveling in the cool rainy weather, although our Southern-ground hornbill seems especially pleased. You see, the wet weather invariably brings with it a host of creepy crawlies. Goompie is well known for his generosity towards humans and wild Southern-ground hornbills alike. If you venture anywhere near his enclosure, you’re automatically his best friend. Every morning when they’re doing their rounds, our sweet bird will offer the curators a juicy insect. They have yet to take him up on it however. 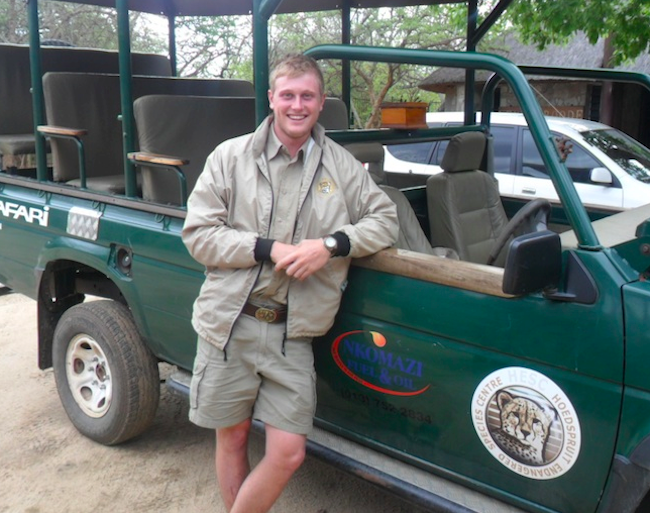 A warm welcome to Christoff van der Schyff. This motivated youngster has taken some time out from his studies to work alongside the HESC team for the next two months. Christoff is currently studying towards a degree in urban and regional planning at the University of the Free State.

A VISIT FROM THE STATE VETS 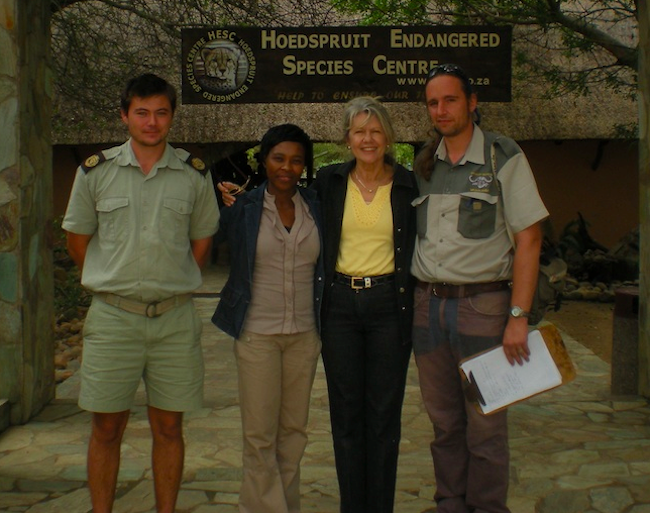 Last week two state vets came to follow up on how things were going since the anthrax outbreak in the area in 2010. Mrs Roode (HESC Founder) welcomed Dr. Bjorn Reininghaus (Orpen District) and Dr. Veronica Letsoalo (Mopani District) personally, before taking them on a tour of the Centre to show them exactly what we do.

Afterwards they had a brief meeting to discuss the progress that’s been made since the anthrax outbreak, as well as the implications that resulted from it. They also spoke about the possibility of giving vaccinations for canine rabies, anthrax, cat flu etc. How much, which kind, and how often they should be administered, were some of the topics covered.

We feel it’s imperative that we work together with government organisations such as the Kruger National Park. To this end HESC took part in meetings held at Skukuza after last year’s anthrax outbreak. 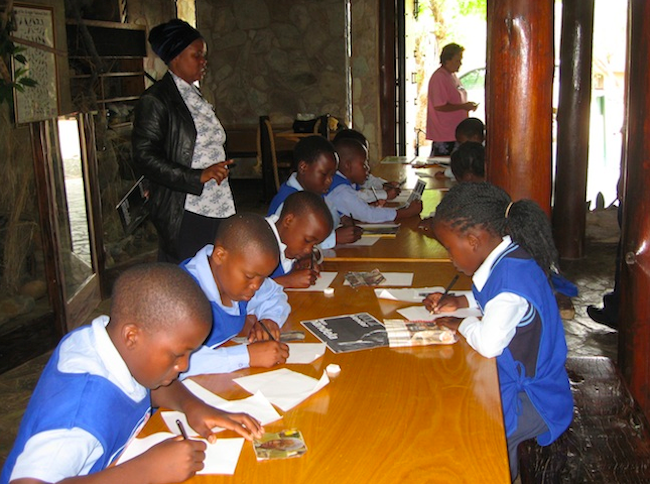 On Wednesday the Paulos Ngobeni Primary School art group joined their mentor, Ms Cilna Pienaar, for a very interesting art lesson. This week they focused on Nelson Mandela, and each of them was tasked with drawing a picture of Madiba. Cilna feels it’s important to offer a life lesson with every art class she gives. She told the children about our former president, and explained the importance of the role he played in South Africa’s history.

GOOD NEWS FROM THE VET 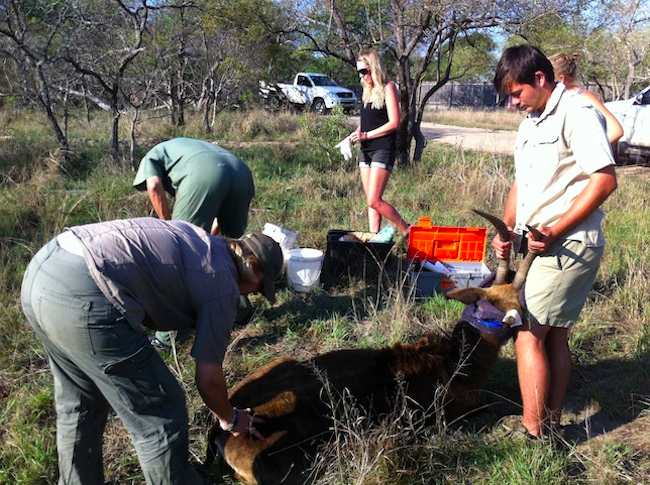 Making sure our sable cow is okay

Dr. Rogers visited the Centre during the week to perform routine check-ups on our sable antelope and Wild dogs. We currently have a sable cow and bull hanging out together, and much to our delight he informed us that the cow is pregnant. Needless to say we’re all waiting anxiously for the little one to arrive. He also gave our dogs a clean bill of health.

ONE OF THOSE MOMENTS 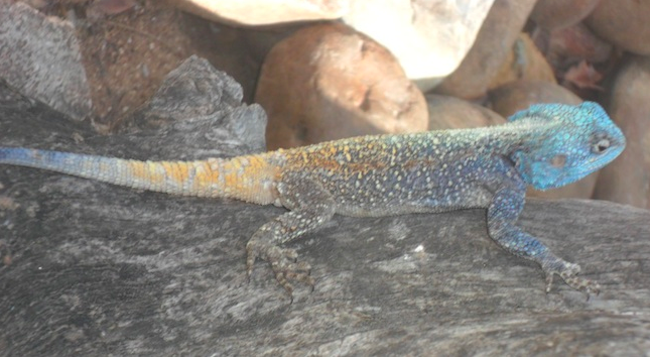 Early one morning Elzabe got ready for another day in the life of a HESC guide. After performing her usual stand-by and butchery duties, she treated herself to a strong cup of coffee. Wide-awake, she was now more than ready for her first tour of the day.

With her excited guests on-board, Elzabe set out. Her first stop was the caracal camp, where Katte and Rikkie (previously kept as housecats) posed lazily in the shade. Having suitably impressed her guests with the cats’ story, Elzabe continued on towards the African wildcats’ enclosure. No sooner has she climbed out of the vehicle to begin her next talk, when…WHAM! A Tree agama (Blue-headed lizard) jumped from its perch in a nearby tree, and landed with a loud plop on the ground behind her. She let off a short shrill scream, after which she found herself momentarily speechless. The guests started laughing uproariously at the shocked expression on her face. Fortunately Elzabe is not one to take herself too seriously, and immediately suggested to them that she’d probably need to change her uniform. Yet another exciting day at HESC. 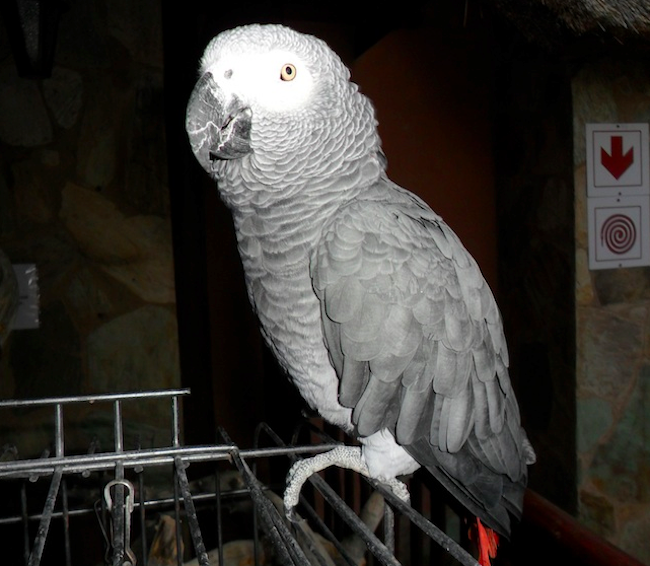 Koos just loves all the attention he gets. He is by far the most photographed animal at HESC. Every person that arrives at the Centre immediately makes a beeline for Koos. One thing’s for sure, he’s never short of people to chat with. A normal conversation between Koos and a guest will go something like this:

Guest: “Hallo Koos”
Koos: “Hallo”
Guest: “How are you Koos?”
Koos: “Meawww”
Guest: “Hahahahaha, are you a cat Koos?”
Koos: “Stupid!”
We never said he was polite mind you, except of course when he’s wearing his ‘eco cap’, then he’s a different bird altogether.
This week he’s calling on everyone to join forces with HESC. One of our sustainable eco initiatives is the Weeping Boer-bean tree project. If each of us commits to planting just one tree, we’ll be able to ensure that our planet has enough oxygen to survive for generations to come! They’re on sale at the HESC Curio Shop.