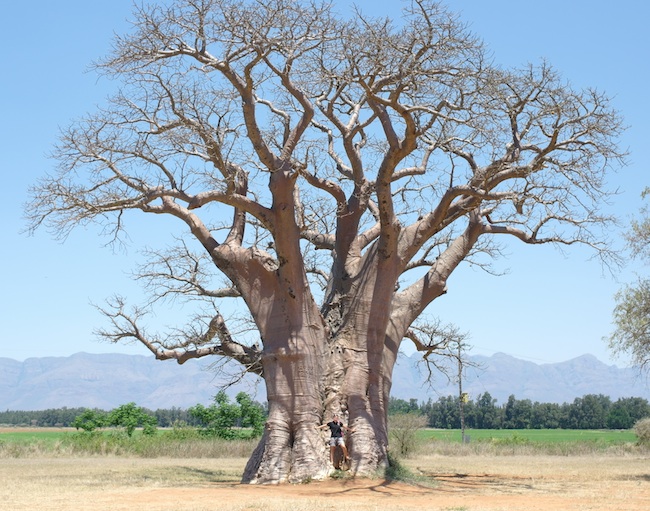 And just like that it’s time for us to bid Caroline farewell. She managed to pack a lot into the three weeks she spent at Hoedspruit Endangered Species Centre (HESC), so hopefully she’ll return home with many fond memories of both HESC and South Africa. Just in case you missed it, you can read her last update here.

I have had the most fun packed, and adrenalin filled final week. I have some amazing memories that I will cherish forever! On Thursday my day started with an amazing Elephant Back Safari at Camp Jabulani, where I got to ride on Jabulani himself. This was such a fantastic experience. Afterwards I was taken along to help assist in the release of two male cheetahs from a boma area into the wild bush. It’s not nearly as easy as one might imagine. And then in the afternoon I went along to witness two bull elephants being released onto Kapama Game Reserve. This was exciting and scary at the same time, as elephants are such huge animals, and you feel so small in comparison.

On the Friday morning I was lucky enough to be able to go along to the release of a female cheetah. What a rewarding job! I feel very proud to have had the opportunity to help.Â In the afternoon the staff asked if I would like to see a male rhino being darted on a nearby Game Reserve, so the vet could perform some vital work on him. It’s a sad story, because the rhino had fallen victim to some poachers who had fired some shots at him with the intention of taking his horn. The vet needed to dart and sedate the rhino so that they could clean up his wounds and make sure he wasn’t going to suffer from any infections. Seeing this work firsthand was a chance in a lifetime, and definitely the highlight of the program for me. The vet and all the staff on the reserve did such an amazing job with the rhino. I still cannot believe I was fortunate enough to witness it. I have so many wonderful stories to tell from my three weeks here when I get back home. I will miss all the wonderful people and the animals so much! Especially the rhino. Remember to visit Facebook or Flickr to see what I’ve been up to! 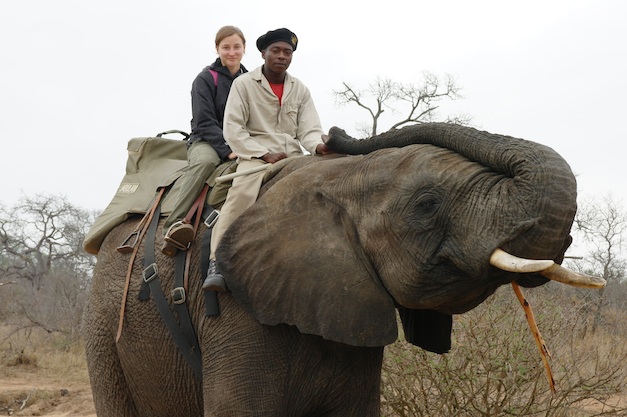 Caroline on Elephant Back Safari at Camp Jabulani

I hope you’re all well. I had a safe flight home, and had a relaxing day yesterday. Unfortunately I have to be at work at 3.30pm today, so not looking forward to that. The weather here is wet, dull and chilly. Winter is definitely on its way, all the leaves on the trees are turning a lovely golden brown and falling.