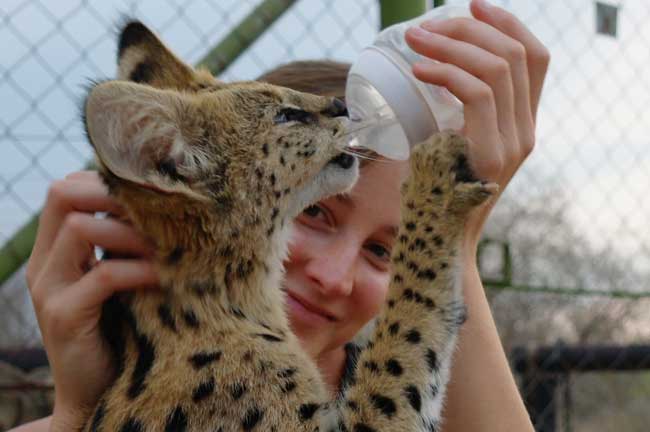 Caroline with Savanah the serval

We’ve only just introduced our latest student, and she’s already sent us her first update. It looks like she’s been really busy too!

It is now the end of my first week and so far I have been busy everyday assisting the staff with all the feeds. I’ve also had my first morning in butchery, which was quite an experience. It was very messy, but I actually didn’t mind it all that much. It turns out I’m quite good with a sharp knife (not sure if that’s a good thing…ha ha ha). 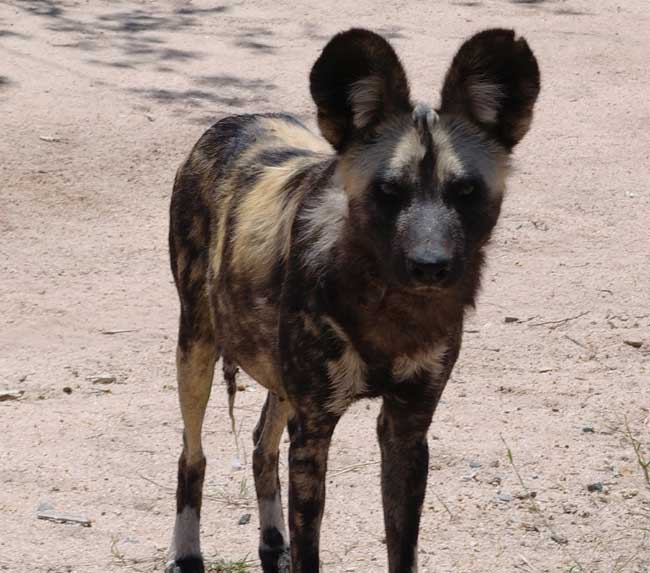 Feeding the Wild dogs was a lot of fun. I sat on the back of the bakkie (truck) where all the meat was packed, while the Wild dogs chased after us!Â  This was really great to see. That’s exactly how they behave in the wild, running for long distances as they chase down their prey. The highlight of my first week was on Saturday when I helped move two of the leopards, which included getting them into their respective crates. I feel extremely privileged that I was able to witness “Conservation in action”. I have a massive amount of respect for all the staff here at HESC, as they clearly put so much time, effort and passion into making this happen! On Sunday I was taken by boat to see the Blyde River Canyon.  It is the second largest canyon in Africa, and also one of the greenest on the planet due to its sub-tropical foliage. 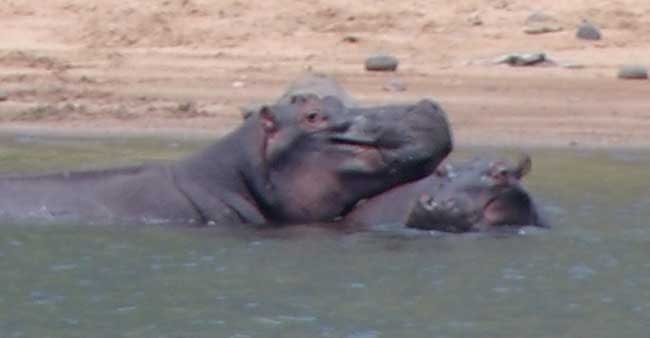 It is 16 miles in length and is on average around 2500 feet deep!  It is very beautiful to see, and while there I was also lucky to catch a glimpse of a mother hippo and her baby in the water. The afternoon ended with a visit to Savannah the serval. There was lots of interaction in order to make sure she ate all her meat. We were a little surprised when we arrived to find her next door in the cheetah cubs enclosure. The naughty girl must have found a hole under the fence. She was safe and well though, and merely curious about the cubs. Watch this space for more news. And remember to visit Facebook or Flickr to see what I’ve been up to!

Spotlight on: Gabby the cheetah