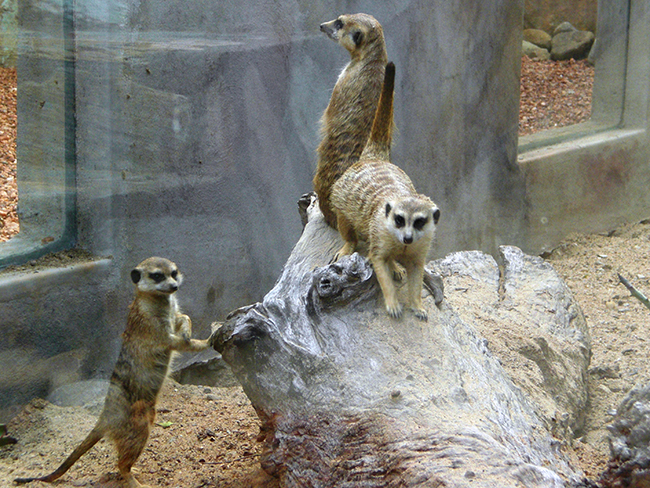 The Hoedspruit Endangered Species Centre is proud to announce the opening of our Meerkat Enclosure.  While waiting for the tours to start our guest will be able to view these adorable and very active creatures from close.

The Meerkat is a small mammal belonging to the mongoose family.  The word ‘meerkat’ is a loan word from one of South Africa’s official languages, Afrikaans. 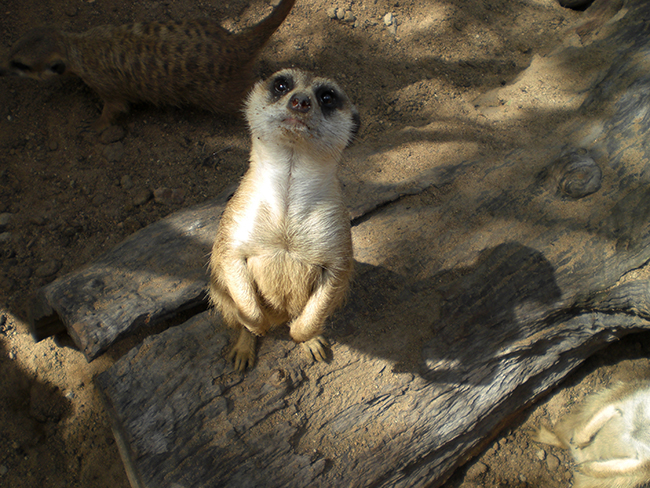 Meerkats are commonly found over many ranges of South Africa, Botswana, Zimbabwe and Mozambique.  Their ears are black as well as the tip of their tail.  Their claws are mainly developed for digging, but are also used for defending their selves. 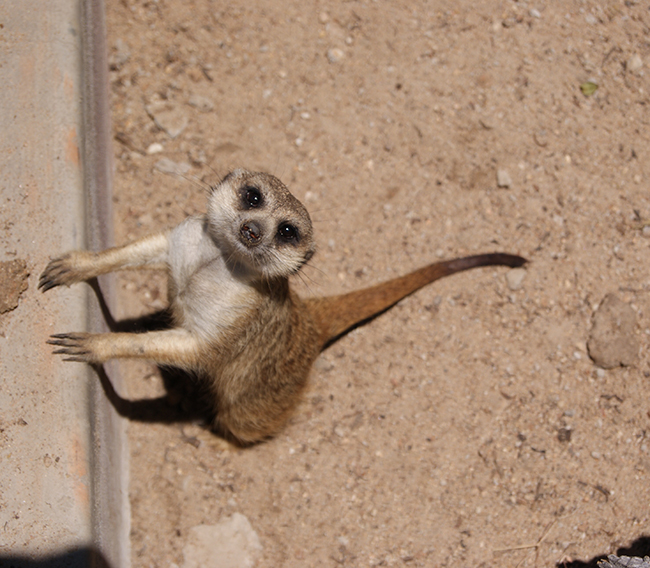 Construction of the enclosure:

During October 2013 most of our maintenance team was busy building this very special home for our own Meerkat family.  The construction of the enclosure took about a month as it was carefully planned to suit to all the meerkat’s needs. 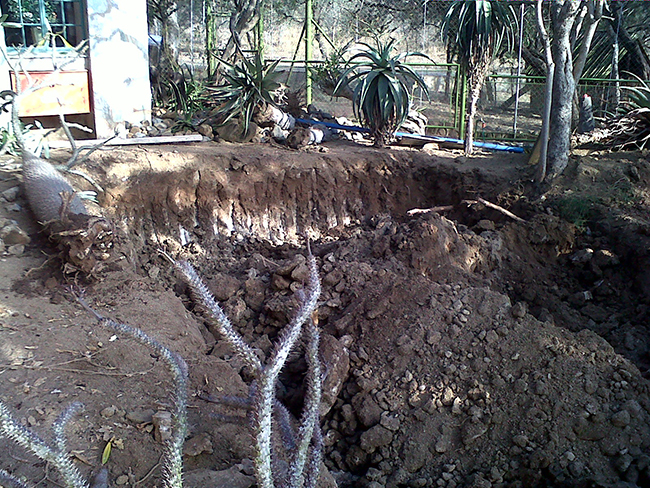 A brick, concrete and stone enclosure (Length: 7m, Width: 4.5m, Height: 1.5m) was constructed with a foundation 800mm deep which gives the meerkats enough space to dig holes which they are commonly known for.  A specialised sleeping enclosure was installed and glass panels were installed in the walls to give children the opportunity to see these creatures from up close.

As enrichment for the Meerkat’s, rocks, stumps, aloes and toys were installed in the enclosure. 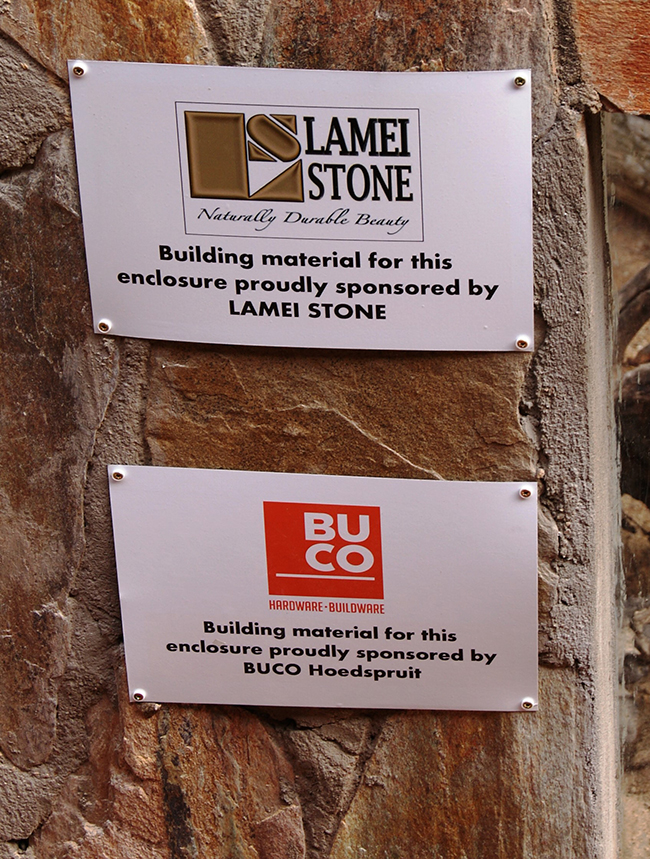 We would like to use this opportunity to sincerely thank the following sponsors:

The above sponsors did not only sponsor building material, but each company also adopted a meerkat for a year to cover their cost in terms of feed. Javel was adopted by BUCO and Kiara by Lamei stone. 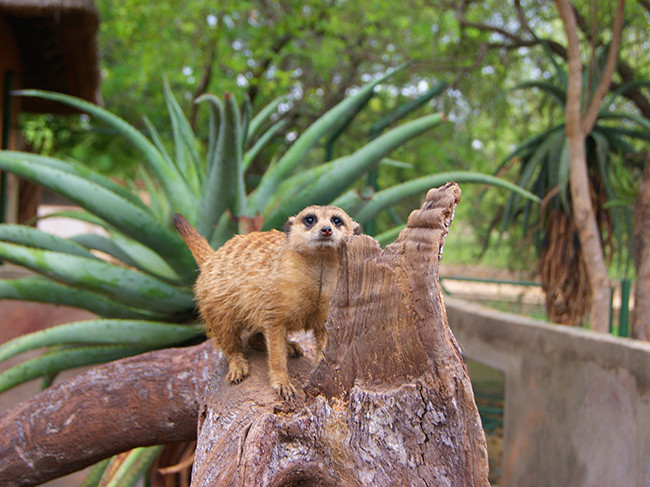 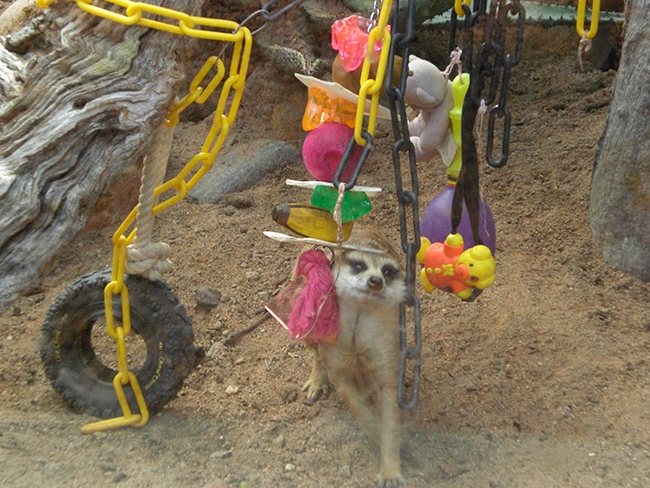