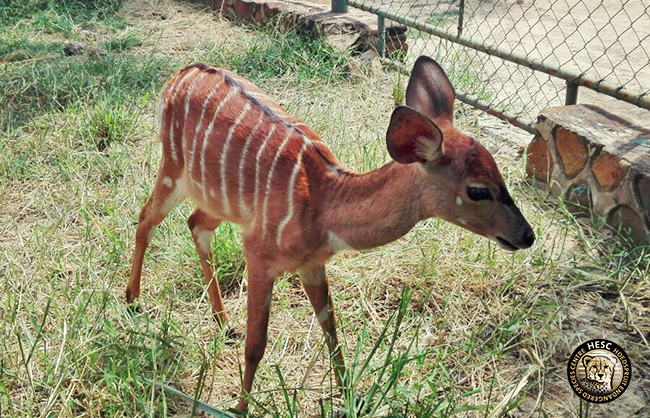 Last November, Dr Rogers brought in a nyala calf to Hoedspruit Endangered Species Centre (HESC) that was approximately a week old. Her mom was sadly killed by a buffalo.

She weighed 6,2 kg on arrival, and took her first bottle that evening at 11pm, drinking 62 ml. The nyala was Initially aggressive when first introduced to Moo, the sheep; but by the next day the two had bonded. They were both moved in with Bokkie Bok, our resident duiker, who wasn’t too impressed with her new ‘room mates’ in the beginning. But the three are now living harmoniously. The baby nyala receives a litre of milk daily, and now weighs 13,2 kg. 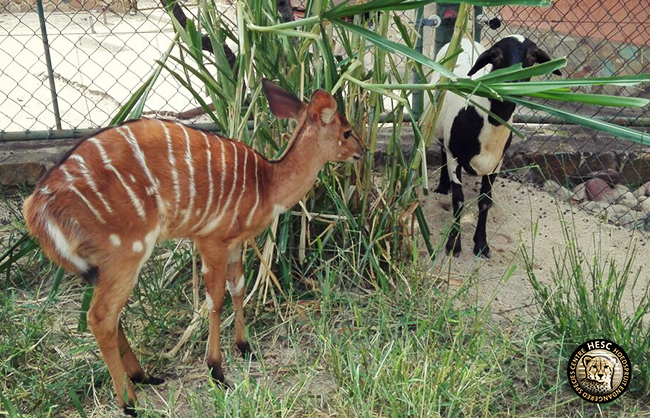 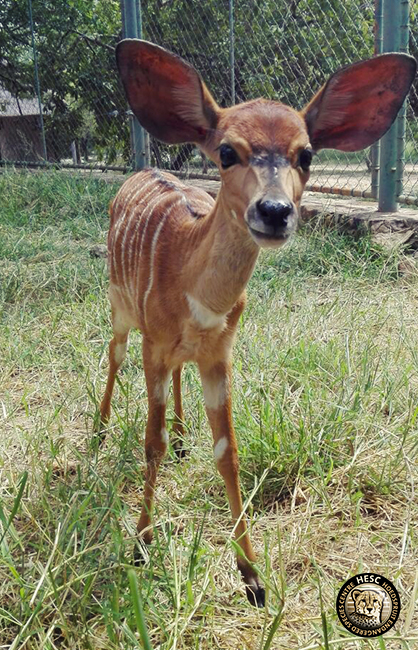 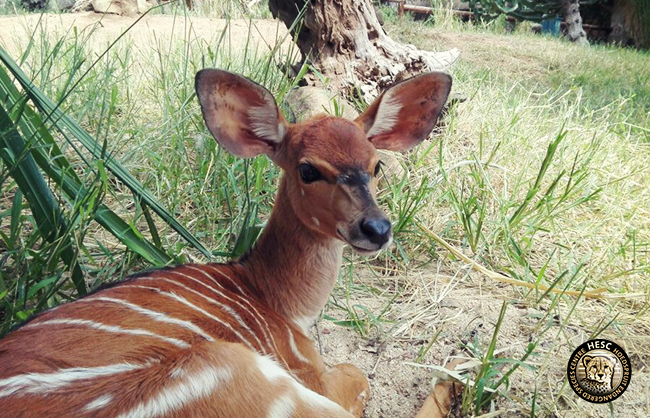