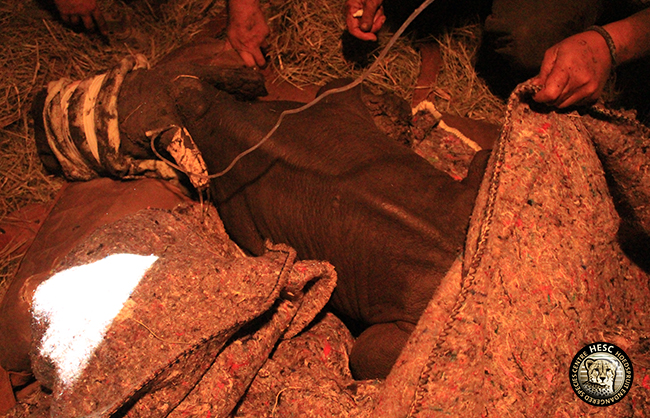 On Wednesday 4 May 2016, on a private nature reserve in the vicinity of HESC, a baby rhino was found stuck in mud. It is suspected that his crash left him behind when they could not free him. 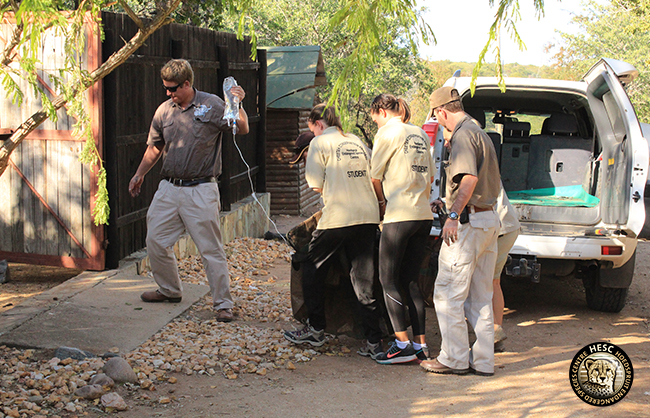 Dr Steinmann and Janelle were called to rescue the young animal and bring him to the centre where he was immediately treated for dehydration, and given vitamin injections to boost his immune system. 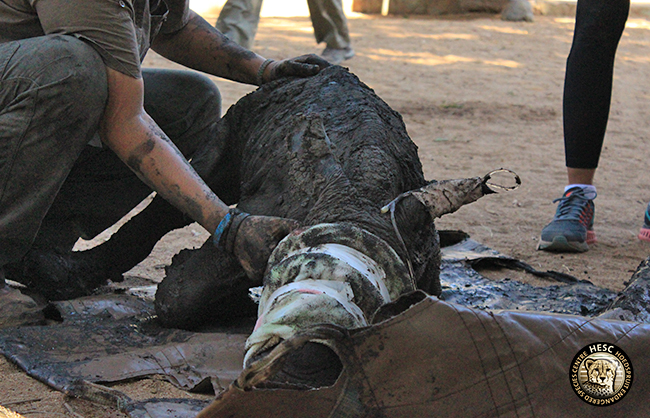 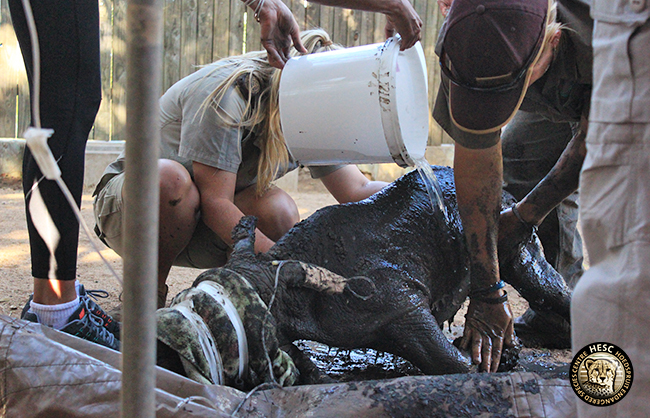 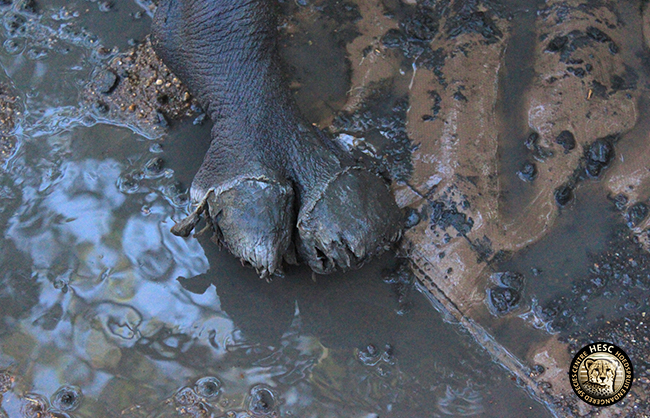 This baby rhino is approximately two weeks old and weighs 50 kilograms. He’s been given the name ‘Muddy’ – for obvious reasons.

We are happy to report that Muddy is doing well. He took to the bottle instantly and has been drinking 650 ml milk every three hours. 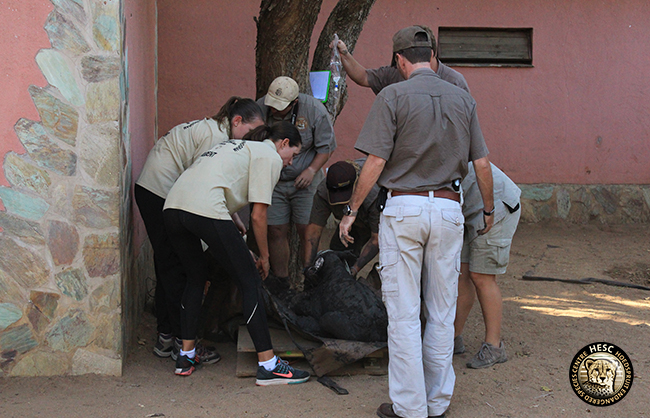 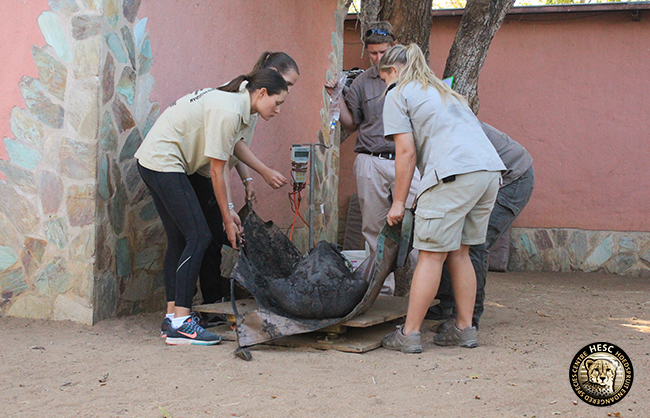 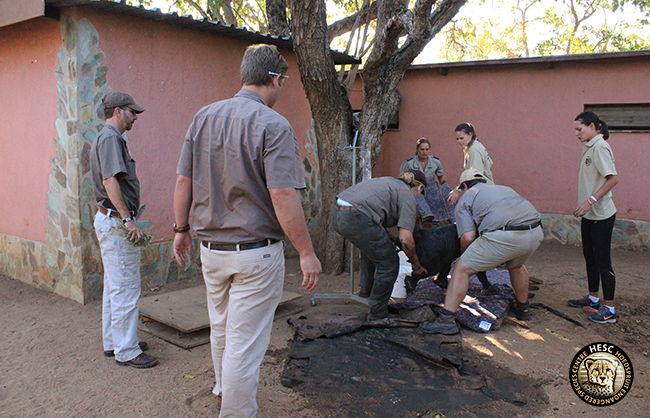 As Muddy was clearly stuck in the mud for some time, his little feet are very soft. It will take a bit of time before they return to normal. Thankfully they are already starting to dry out, despite the fact that he’s not even been at HESC for a full day. 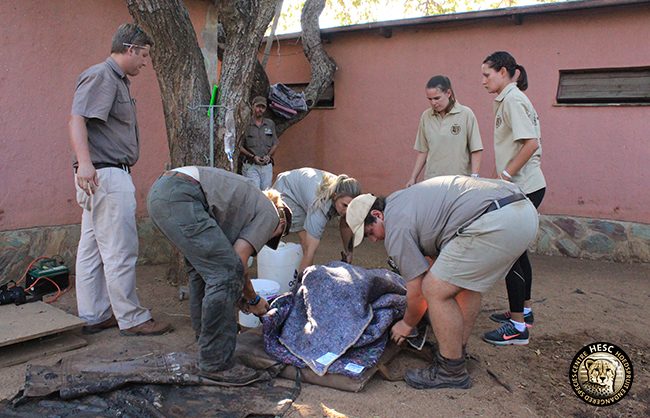 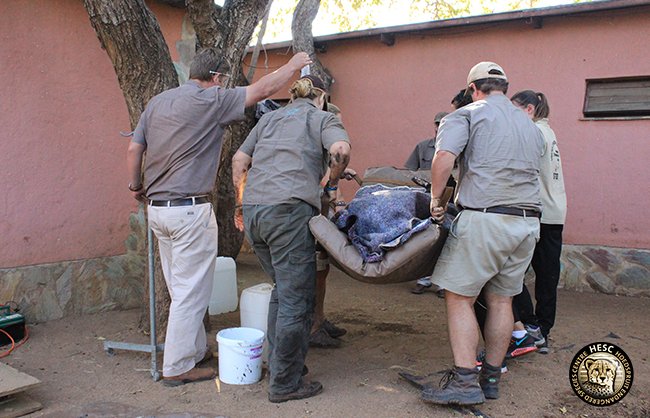 We are currently trying to source a Pedi sheep like Lammie to be a ‘surrogate mother’ to little Muddy. This companion is critical to his well-being and essential to ensure as little human-to-animal contact as possible. 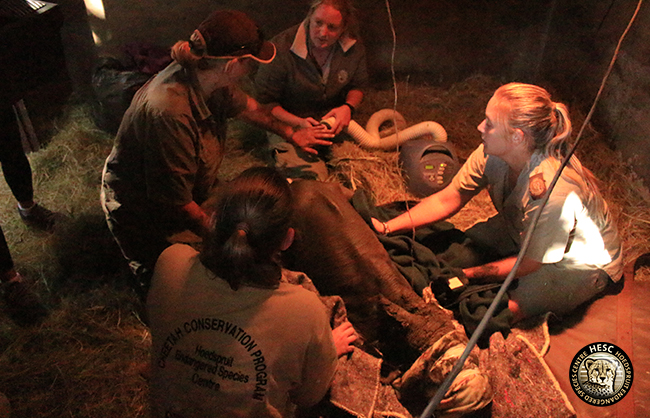 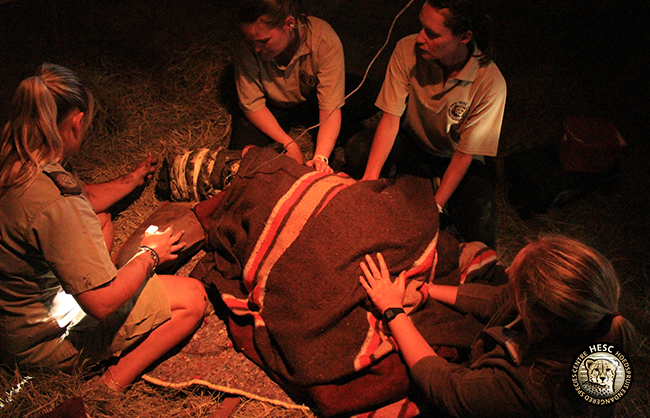 A huge thank you to our supporters – October 2015