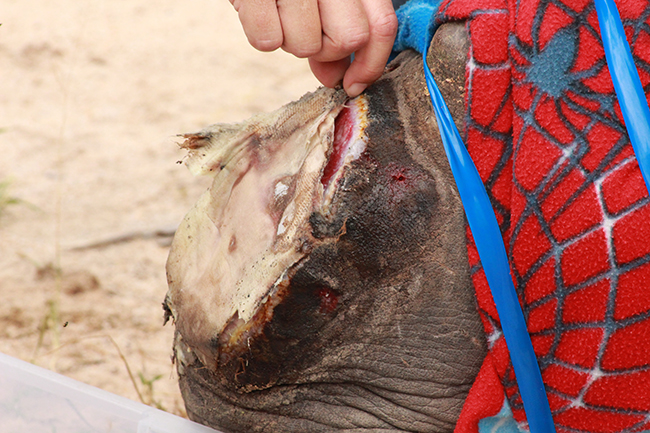 Since arriving at the centre, after her mother was killed by poachers and her own horn hacked off, this latest rhino in our care has had two treatments to her wound. Her exposed sinus cavity was left raw and vulnerable after poachers savagely hacked off her horn with a chainsaw.

The initial treatment was to clean the wound and remove any damaged and excess tissue, aimed at promoting the growth of healthy tissue to eventually seal the sinus cavity. This treatment, much like the one Lion’s Den received, prevents the wound from getting infected by mud, leaves and other irritations, such as insects. 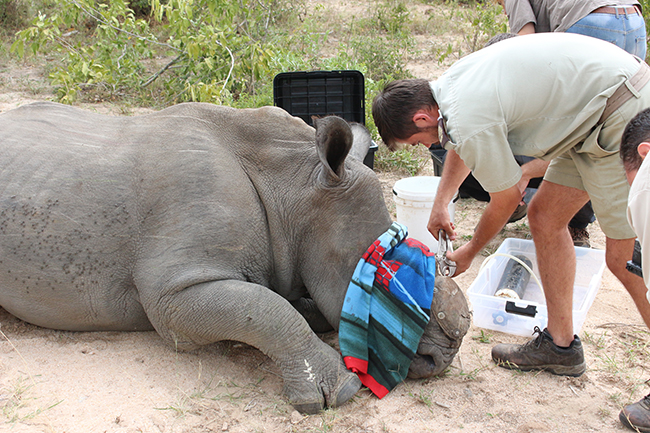 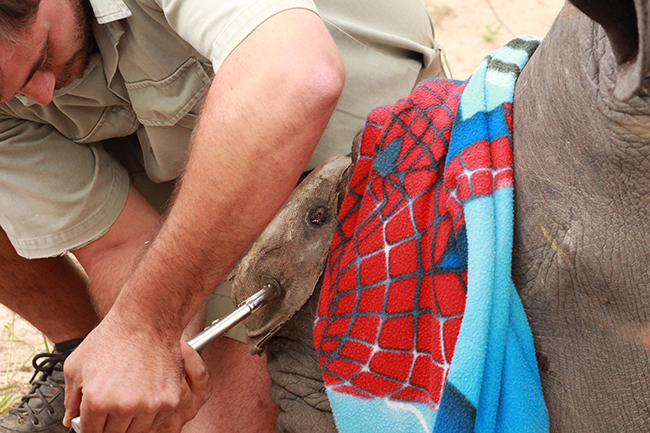 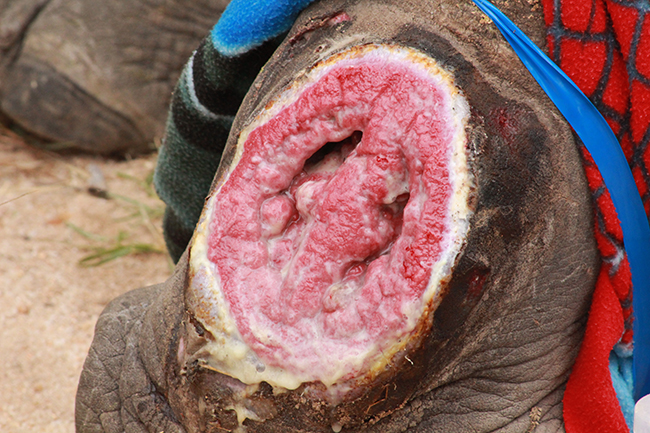 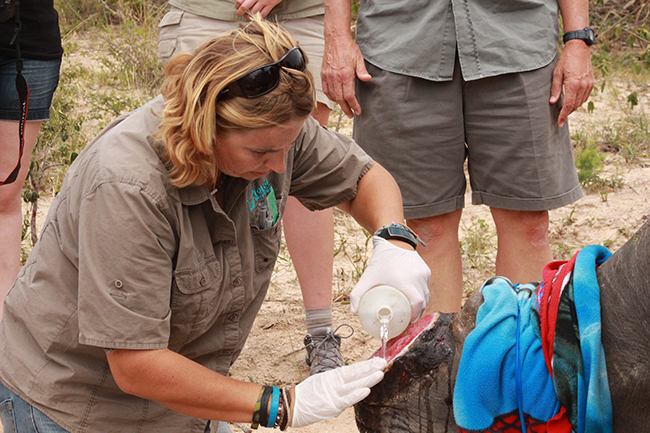 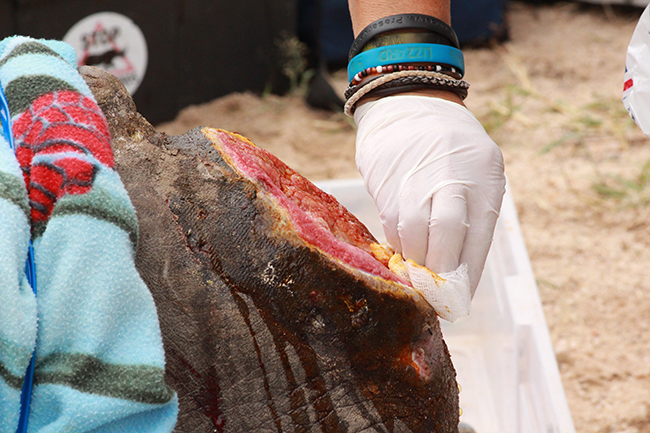 She has been healing well since this first procedure, but there is still work to be done. In the second treatment which occurred on Friday 5th February 2016, Janelle Goodrich from Provet veterinary services washed the wound and applied jodium (an antibacterial soap used as an antiseptic) to the area. F10 ointment (Germicidal Barrier Ointment with Insecticide, which is coloured bright pink) was used along with swabs to cover the open wound. Scotch cast was then used to cover the swabs to prevent flies and maggots from getting into the cavity. A piece of metal grid, to protect the cast from falling off, was positioned with screws. Janelle then applied tar around the dressed wound as an extra sealant. This last treatment will hopefully ensure that her wound heals fully. 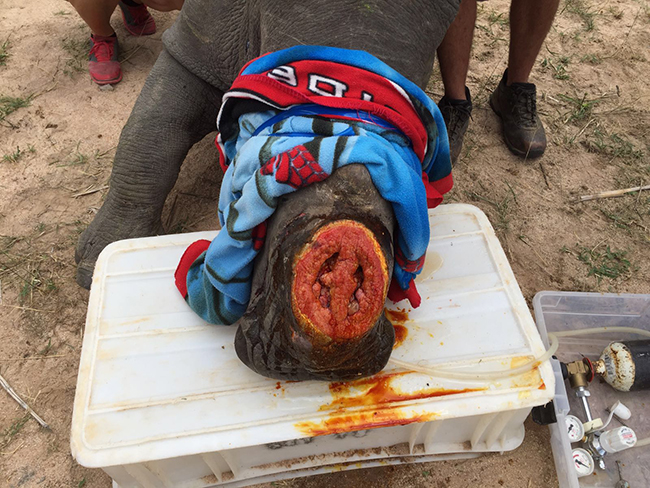 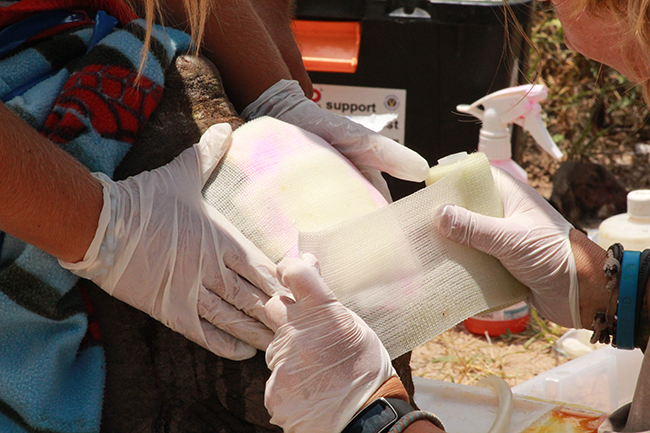 A crew from 93 Metros (Madrid, Spain) filmed the procedure for a documentary on rhino poaching and illegal trafficking that will air on the Discovery Channel. 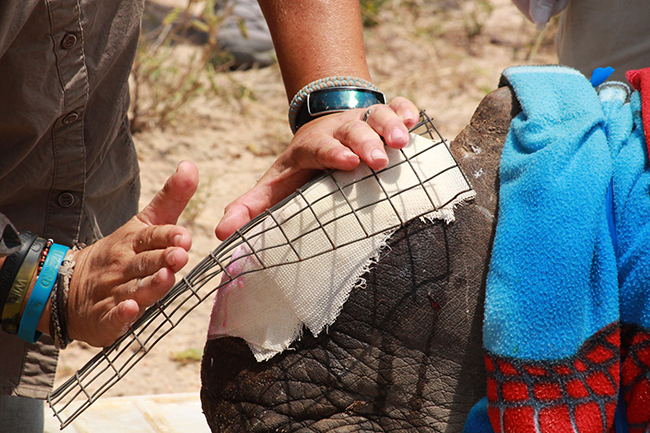 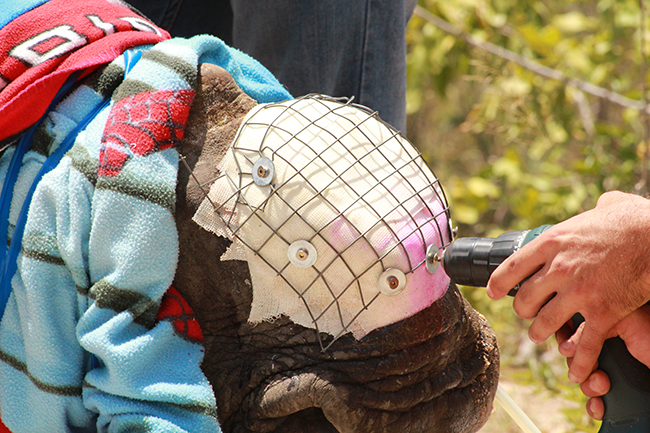 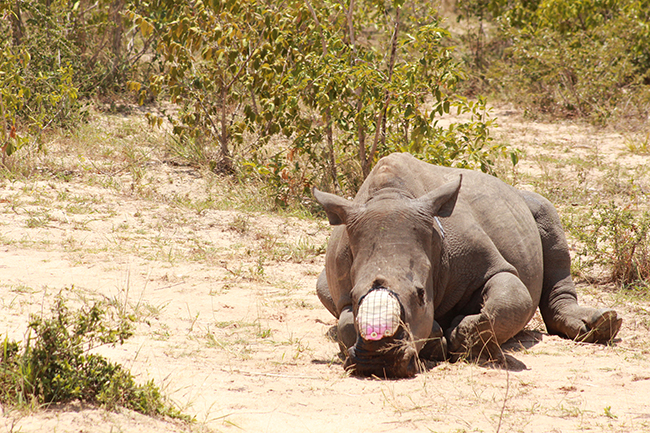 When the rhino regained consciousness, she was in good spirits and is recovering very well. Watch the clip below.

We will keep you posted as to her progress.