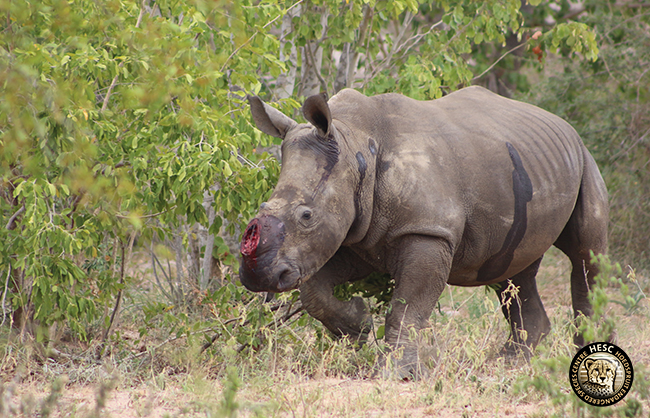 On Friday morning, the 22nd January 2016, the poached rhino calf that recently arrived at HESC underwent her first treatment to rehabilitate the exposed sinus cavity following her savage dehorning. A committed team of vets was called in from Dr. Rogers’ practice.

The young rhino was darted and sedated with an anesthetic. After she went down, her eyes were covered with a towel to block out the sun, and she was given oxygen. What a sad sight to see how deep the wound was, and how much it would take to cover the exposed sinus cavity. This treatment will promote the growth of healthy tissue to eventually seal the sinus cavity, as well as prevent the wound from getting infected with mud, leaves and other irritations. 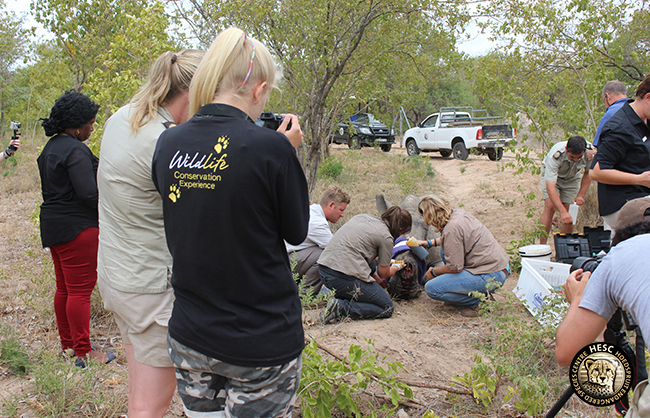 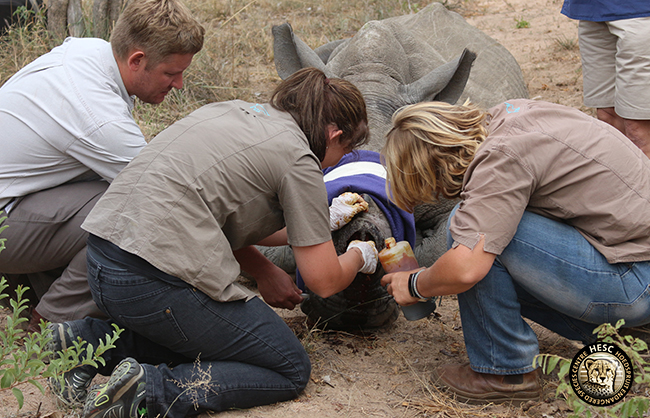 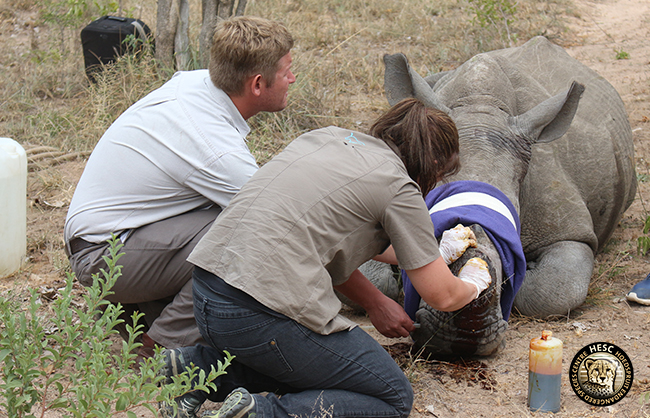 To begin the procedure, the wound was thoroughly cleaned to remove all dirt and excess blood. This was followed by a disinfectant and surgical gauze. The team of vets then covered the wound with a fiberglass cast and a layer of mesh wire by drilling into her skull. The pain she experienced was minimal, as a strong nerve desensitization drug had been administered. Her heart rate and breathing were monitored throughout, and the entire procedure lasted about 20 minutes. 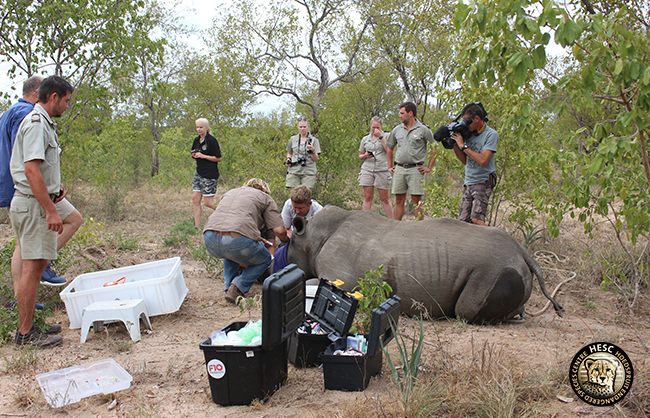 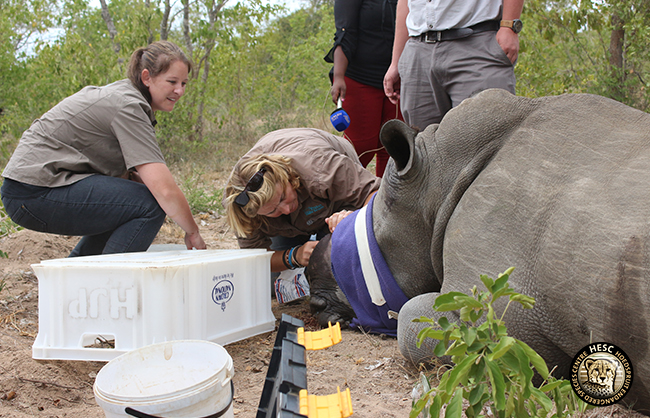 The rhino was given strong painkillers and antibiotics before being woken up. As soon as the analeptic shot kicked in, she was up on her feet and raced off into the bushes.

Similar to Lion’s Den, this treatment procedure may have to be repeated as many as 15–20 times until the wound is successfully and completely healed. 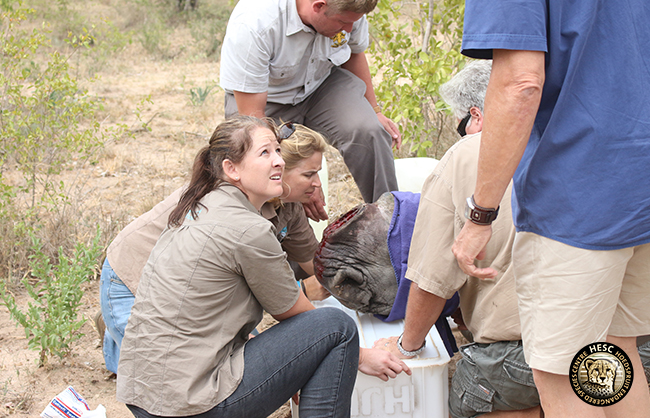 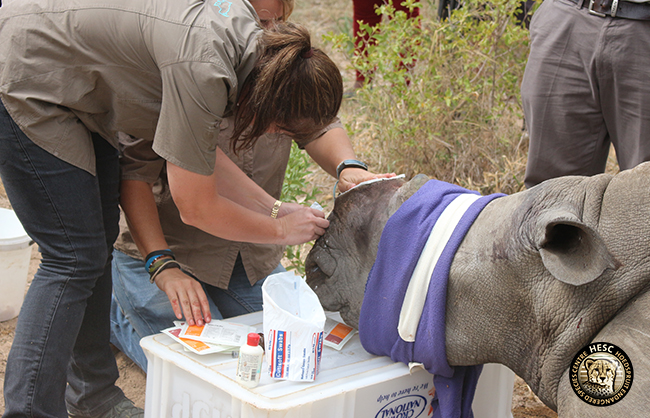 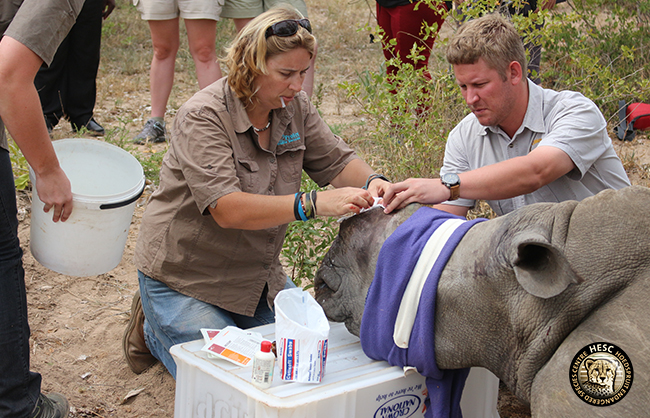 The rehabilitation of this young female will no doubt bear heavy costs for HESC, both financially and time-wise. We are however determined to do everything in our power to save this rhino’s life, as every single rhino counts in this global fight to save a species.

We’ll keep you posted as to our progress.

This clip below was aired on SABC2, one of South Africa’s national television channels, during the Afrikaans news bulletin. It outlined the circumstances surrounding the poached rhino calf’s arrival. 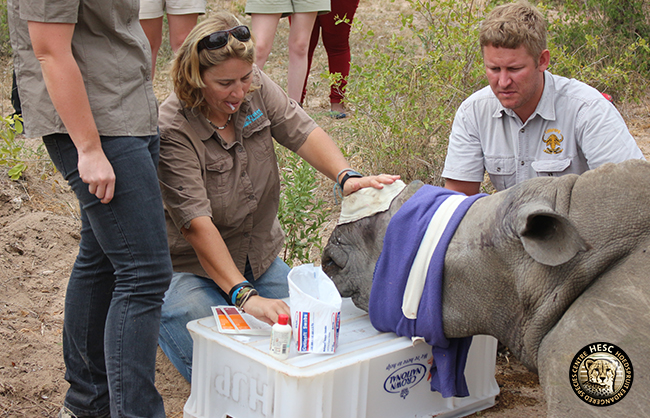 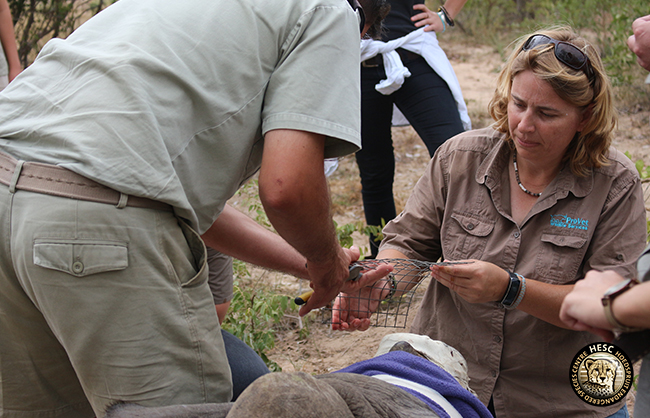 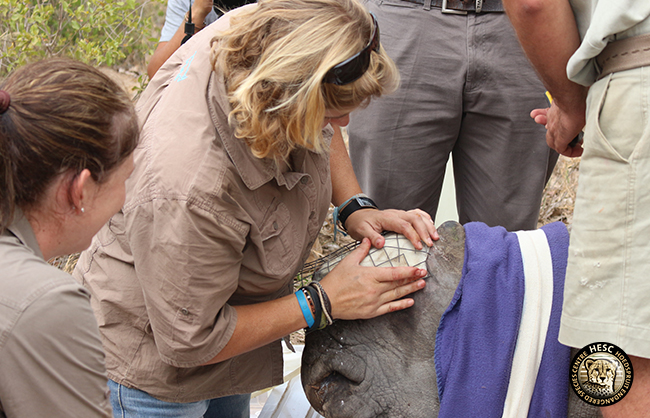