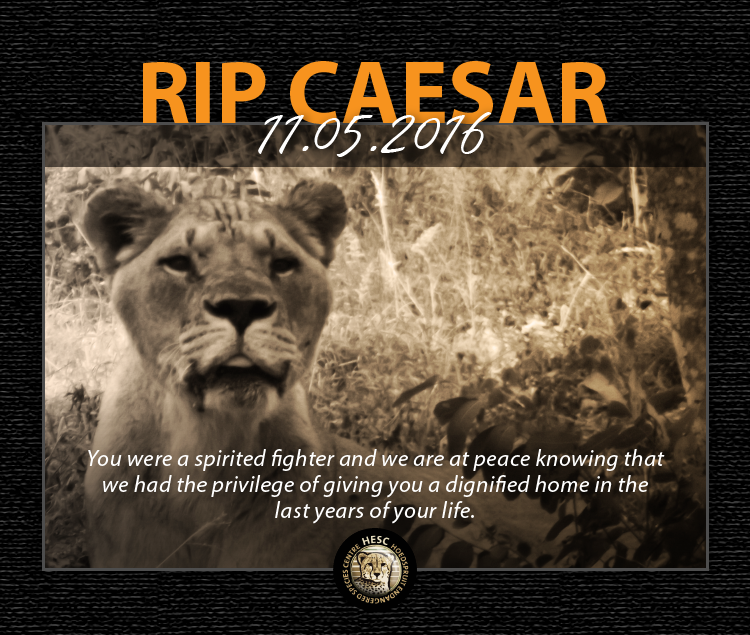 It is with a heavy heart that we bring you the news of Caesar’s passing.
On  11 May 2016, the curators at HESC noticed that Caesar was only taking a few steps before stumbling down every time he tried to walk. As his condition wasn’t improving, Dr Rogers was called in with the hope that he could help.
It was known that Caesar suffered from arthritis. His exact age was unknown to us due to his history before being brought to the centre. Caesar and his companion, Sarah had been rescued from a circus in Portugal by Animal Defenders International and brought to HESC. Like most circus animals, the lions had endured immense mistreatment and abuse.
When Doctors Rogers and Stienmann arrived at HESC to check on Caesar, it was decided that it would be best to put him down as his condition could not be remedied due to his frailty, his old age and his worsening athritic condition.
Caesar was then sedated and injected with Euthapen,t which helped him transition peacefully.
Although Caesar (and Sarah) endured difficult lives as circus animals, we are honoured to have had the privilege of giving them a comfortable home in their last years.
Rest in peace, Caesar.