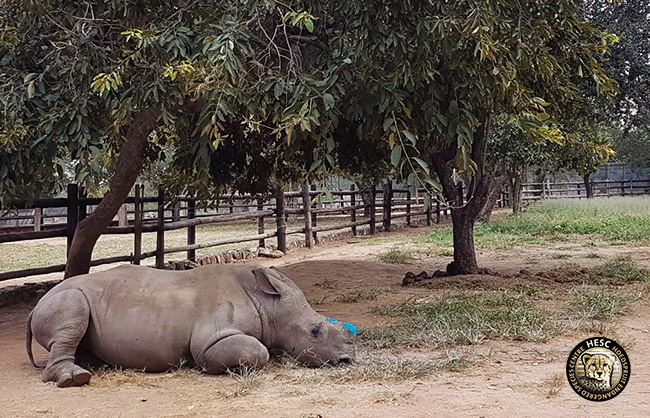 Balu in the shade after his procedure

As our baby rhinos grow, so does their horns. This is a major concern as rhinos are targeted by poachers for their keratin-filled horns, which they believe have some magical healing properties! THIS IS NOT TRUE!

For some time now management and the anti-poaching unit have been concerned about the safety of the young orphans, especially as would-be poachers are relentless in their pursuit of any rhino horn by any means necessary. We found ourselves in a position where the risk to both rhinos and our team of people on the ground was just too high, and there was no other option but to dehorn the rhinos. So, on Thursday 30th March, our orphans all stood in a line to have their horns removed. 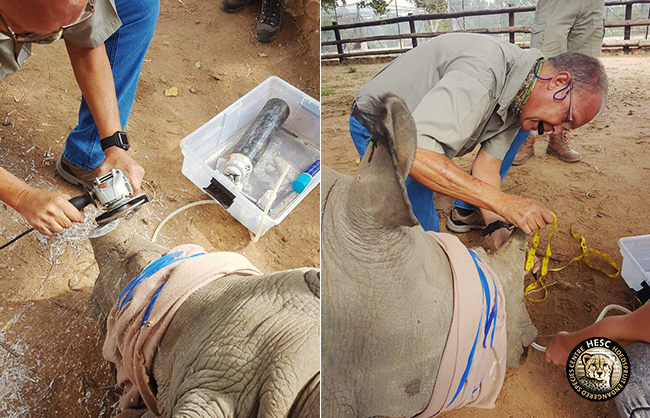 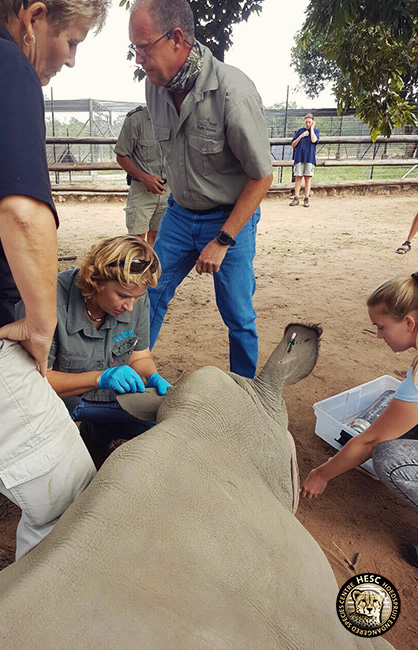 Some may well ask if it’s worth putting the rhinos through the trauma of de-horning, if the horn will grow back? De-horning is definitely not a stand-alone solution, but has demonstrated that used alongside other methods (extensive anti-poaching security and monitoring efforts), it can be useful in protecting the rhinos.

As usual, we followed the standard procedure. That is, obtaining de-horning permits, and arranging that the veterinary team and nature conservation officials are available to carry out and observe the process. 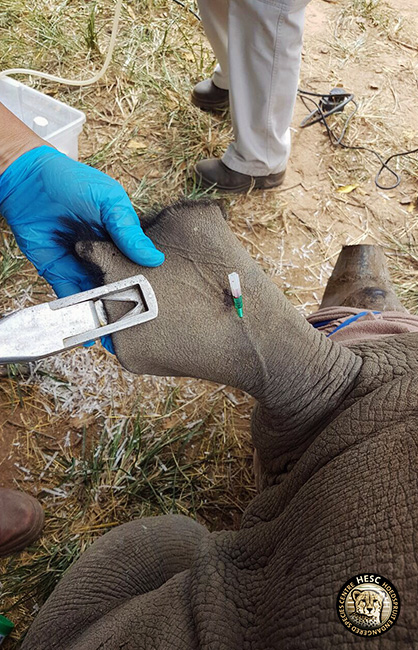 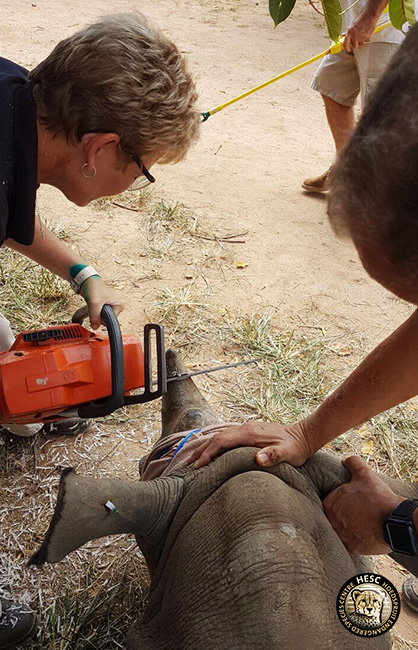 Dr Rogers and Janelle (Provet), and Lyle Wiggens (Nature Conservation, Limpopo Province) joined Christo and Linri for the process. The Wildlife Conservation Experience participants (WCE) were also fortunate to be part of this procedure.

First in the queue was Khulula. She was followed by Olivia, who also had her DNA and ear notching (for identification purposes) done while still under sedation. Balu was next in line and the same procedure as Olivia was performed on him. 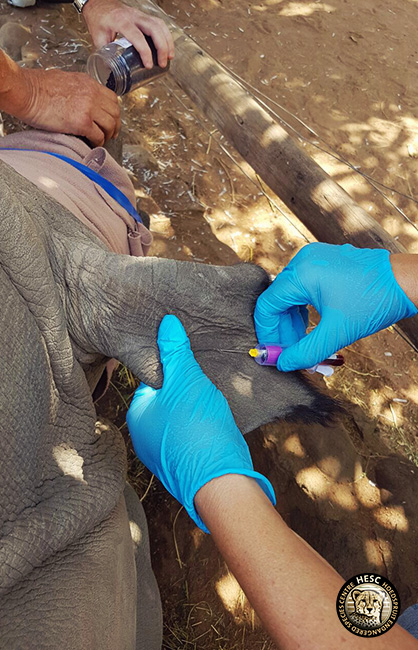 The procedure involves darting the rhino, attaching it to an oxygen machine and monitoring the vital organs throughout. A line is then drawn to show exactly where the horn is to be cut (done to avoid causing any damage to the nerves and sinuses). A chainsaw is used to make a very precise cut along the line drawn. 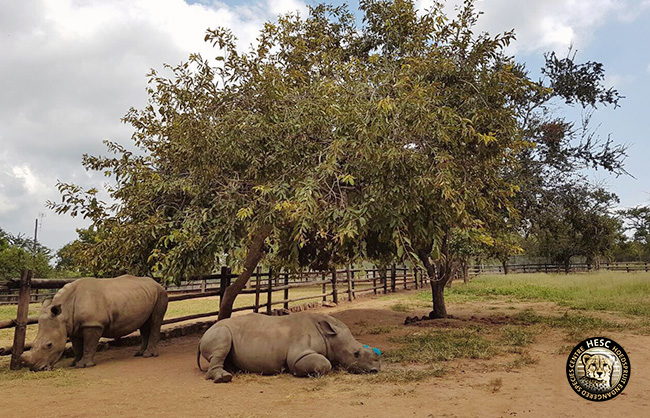 After the horn is removed, the rough edges are smoothed out with a grinder to ensure that the rhino wouldn’t unintentionally hurt its companions. An antidote is then administered to wake up the rhino.

As this is a process that is strictly monitored by Nature Conservation officials, the horns are immediately removed from our property and taken to a different place for safekeeping – and none of the staff members knows the location.

Poachers can be utterly ruthless and to prove it there have been instances reported where hornless rhinos have been targeted. This may be out of vengeance and to make it easy for themselves to not track the same rhino again. Another reason could be attributed to the leftover horn stub. If the horn is cut too close to the germinal layer, that could damage the horn base and lead to deformed horn re-growth. Current dehorning is estimated to remove 90% and 93% of horn mass in male and female white rhinos respectively. So, during any dehorning exercise a stub of horn will remain: although poaching is made less profitable, the sad reality is that poachers will still kill for a horn stub due to its high value.

We however, remain resolute in our efforts to protect these endangered animals. Our pledge is to keep them safe and alive, and we will do this at all costs. 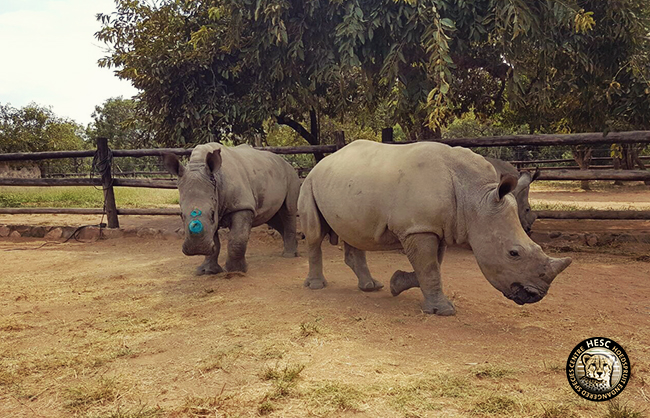 Olivia with Nhlanhla after de-horning