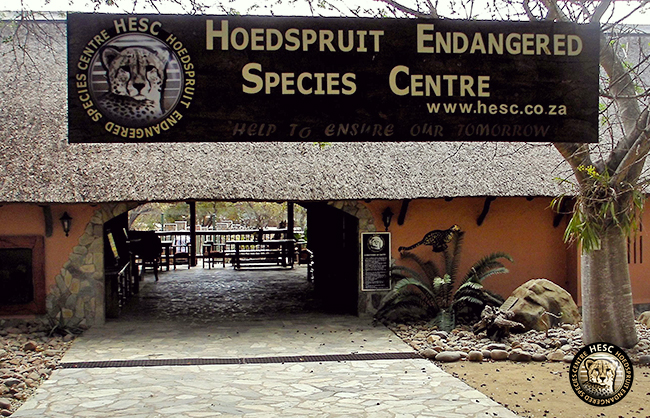 You may remember the female owl that was released into the wild, but preferred to stay in the immediate area of the centre – hunting and nesting on our grounds.
Last year this owl had her first chicks right here at the centre next to the entrance leading to our Deli. 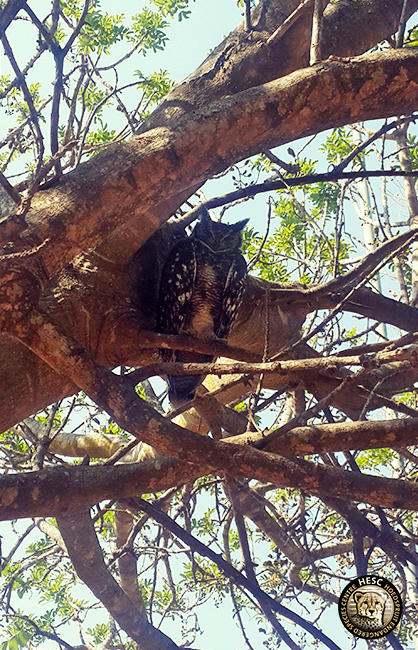 Earlier in August, we shared on Facebook that (after not seeing her at the centre for a while) we’d spotted her on the dry riverbed close to HESC. It seems she’s since returned to HESC, as we’ve seen her daily for the past two weeks. Some visitors to the centre have even photographed her sitting in the trees close to her nest. 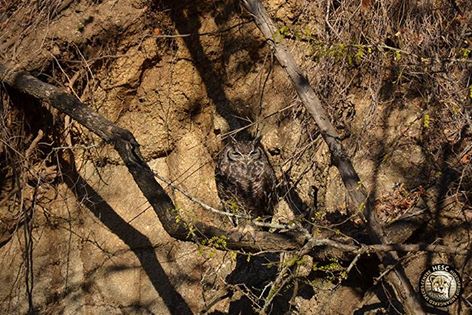 A couple of mornings ago, we were looking for her at her usual spot, but she was nowhere to be found. One of our front office staff members later noticed her sitting in the exact nest where she had had the two owlets last year, and this has got us excited! 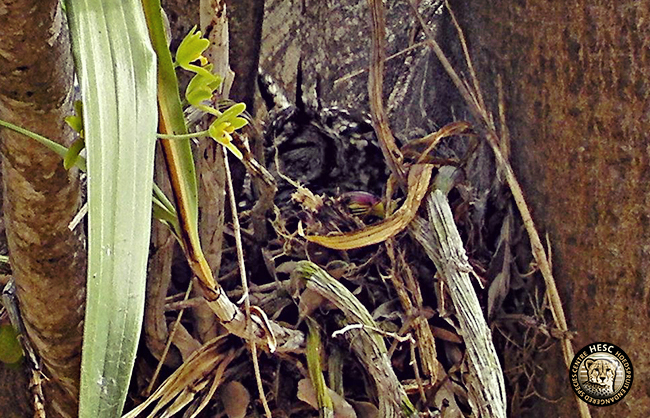 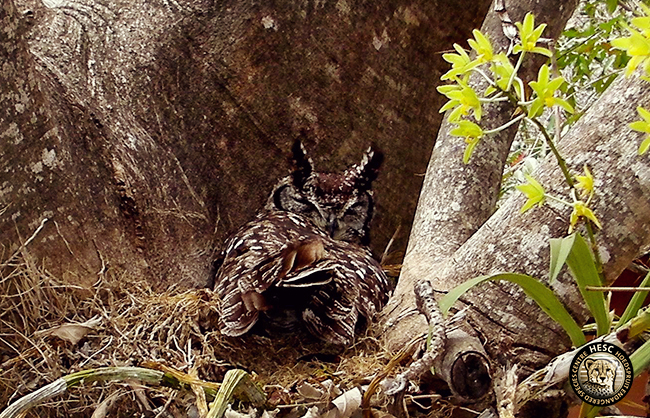 Spotted eagle owls mate for life and are able to breed at around one year of age. The female lays 2 – 4 eggs and does the incubation – leaving the nest only to eat what the male has brought. The incubation period is approximately 32 days. If our suspicions are correct, then we can expect new owlets around mid-October! 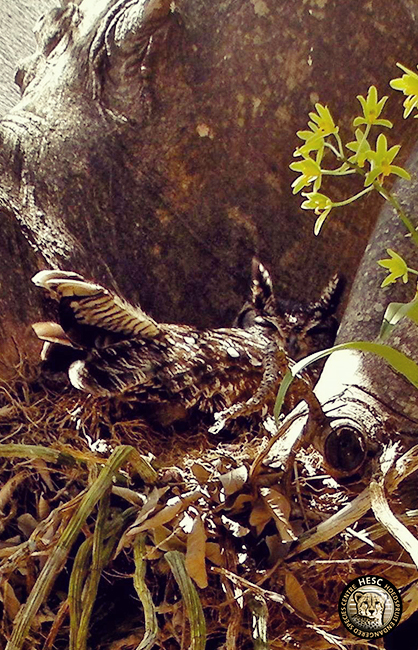 Although we’ve set up an owl box in one of the trees next to where she’s nesting, our lady owl prefers her nest closer to the ground. Currently the owl box is occupied by a family of bush babies that, from time-to-time, we are lucky to momentarily catch a glimpse of. 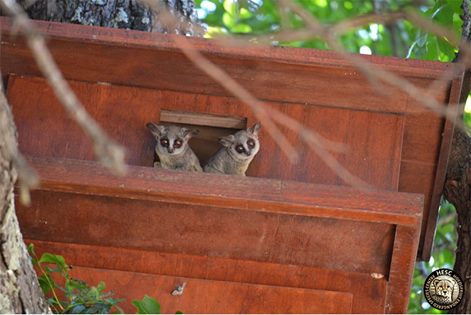 Although we hardly see the male owl, we were fortunate to also catch a quick glimpse of him, as you will see in one of the photos. 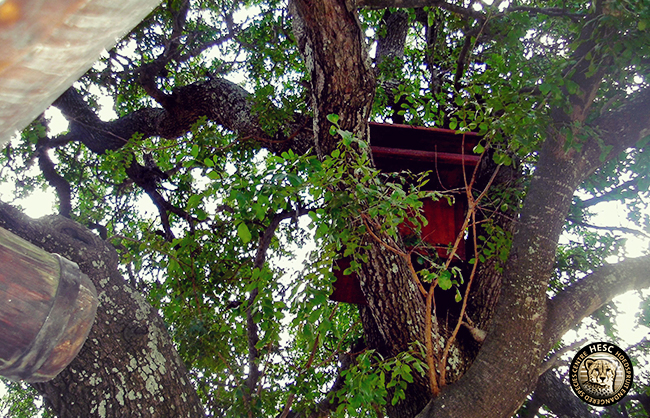 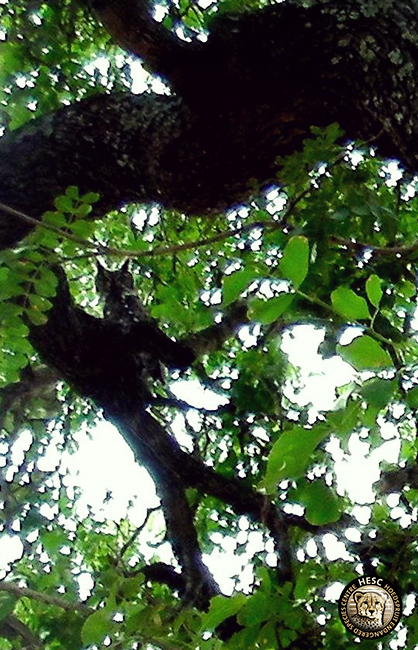 We are very curious to see how many owlets she will have this year, and are so pleased that she chose to incubate right at our doorstep.
We will keep you posted!