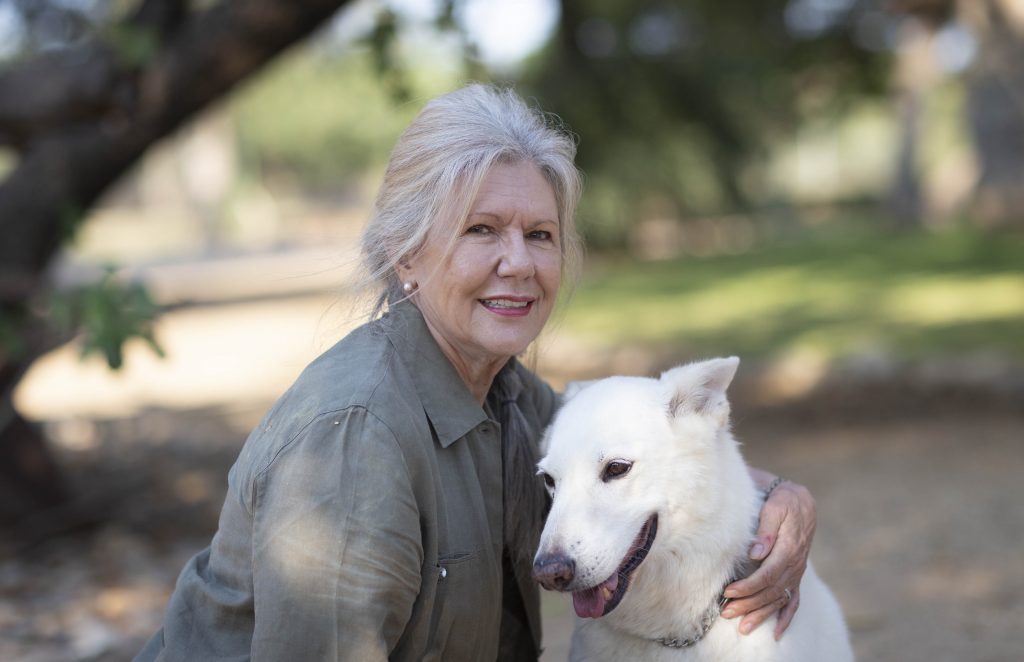 Lente Roode, founder of the Hoedspruit Endangered Species Centre, spent much of her youth on her father’s farm in the Hoedspruit district of Limpopo Province. It was here where her love for animals and the African bushveld developed.

As a little girl of six she was given an orphaned cheetah cub to hand-raise after the mother had been killed by a farmer.

In those days cheetahs were often killed on sight as they were believed to prey on livestock. She immediately fell in love with the little creature that she named Sebeka and as she grew older her passion for these handsome animals became the abiding force in her life.

After marrying Johann Roode and the passing of her father Willie Schürmann, the couple bought the family farm, acquired adjoining properties and started farming, amongst other things, with Bonsmara cattle.

A constant battle with predators eventually led to the decision to transform the land into a game reserve and Kapama Private Game Reserve was born.

When Lente and her husband were asked by well-known cheetah breeder Des Varaday in 1988 to take custody of thirty-five of his cheetahs, she was ecstatic. As cheetahs were then listed as vulnerable by the International Union for Conservation of Nature (IUCN), she had been toying for a while with the idea of establishing a cheetah breeding project. She dreamt of breeding cheetahs for reintroduction into the wild and of providing research opportunities to zoologists and veterinarians.

With the help and guidance of the late Professor David Meltzer of the Onderstepoort Faculty of Veterinary Science of the University of Pretoria and Des Varaday himself, they planned and developed the infrastructure of what was to become the Hoedspruit Cheetah Project (HCP) and opened to the public in 1990.

Before long, species other than cheetahs were being sent to the Centre for rehabilitation and in 1995 a veterinary clinic was established on the premises. With the arrival of a rhino, baby elephant, African wild cats, southern ground hornbills, bald ibises, African wild dogs, black-footed cats and blue crane chicks, amongst other species, the name was changed to the Hoedspruit Endangered Species Centre (HESC).

As HESC receives no government funding and is responsible for generating its own revenue, fundraising is important. Lente has had to overcome her natural reticence of asking for support and is now as passionate in her fundraising as she is about her animals. All income is ploughed back into the animal conservation programmes and the running of the Centre.

What started as a young girl’s dream to have a cheetah or two because she loved them so, evolved into a world-class facility respected far beyond our country’s borders.

Lente Roode has become an icon in the world of conservation and is known for her passion for the conservation of rare, vulnerable and threatened species. She is equally passionate about creating awareness of conservation, particularly amongst the youth, believing that in this way custodians can be developed for the future that will contribute to creating conservation solutions.

go back to about us