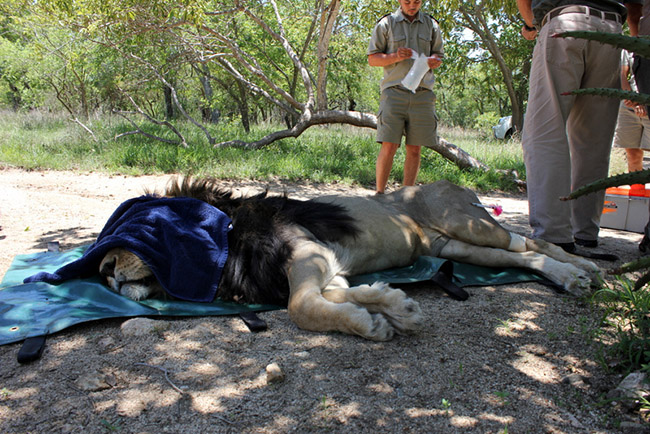 Piet arrived at the Centre on 23rd April 2002, after being bought by Mr Roode at an auction held for a canned lion-hunting programme. Estimated to be around four years old, we initially thought that Piet was a Barbary Lion because of his lovely black mane. However, tests revealed that his black mane can be attributed to genetics.

Piet’s partner, Lucky, was brought to HESC by Nature Conservation. They were put together in an enclosure, and have had three litters of cubs together.

We suspected that Piet wasn’t well on 9 November, as he had gone off his food. We also noticed a bit of swelling on his right cheek and assumed that there was possibly an abscess in his root canal, perhaps as a result of a small piece of bone that could have broken off. 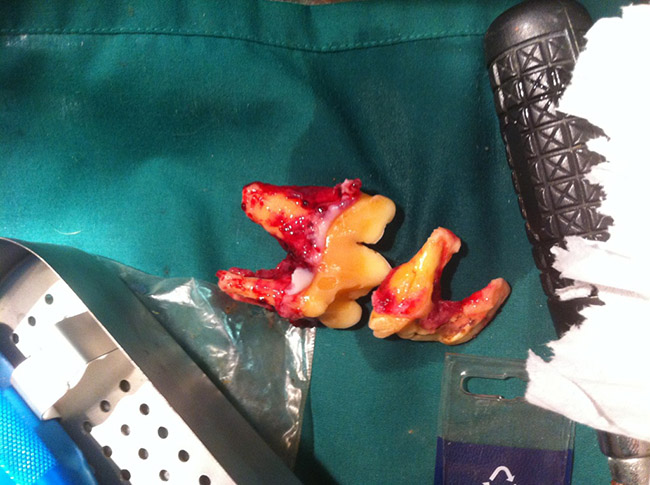 When Piet didn’t want to eat at all on 12 November, we arranged for veterinarian, Dr Peter Rogers, to come and see him the following day. On 13 November his teeth were cleaned and the abscess rinsed out. Piet was then put into quarantine so that we could keep a close eye on him. He still wouldn’t eat, so Dr Rogers was called in again on 17 November to extract the two teeth which were causing all the trouble. There was no improvement by 19 November, and Dr Rogers then tube-fed him with a specially formulated foodstuff. 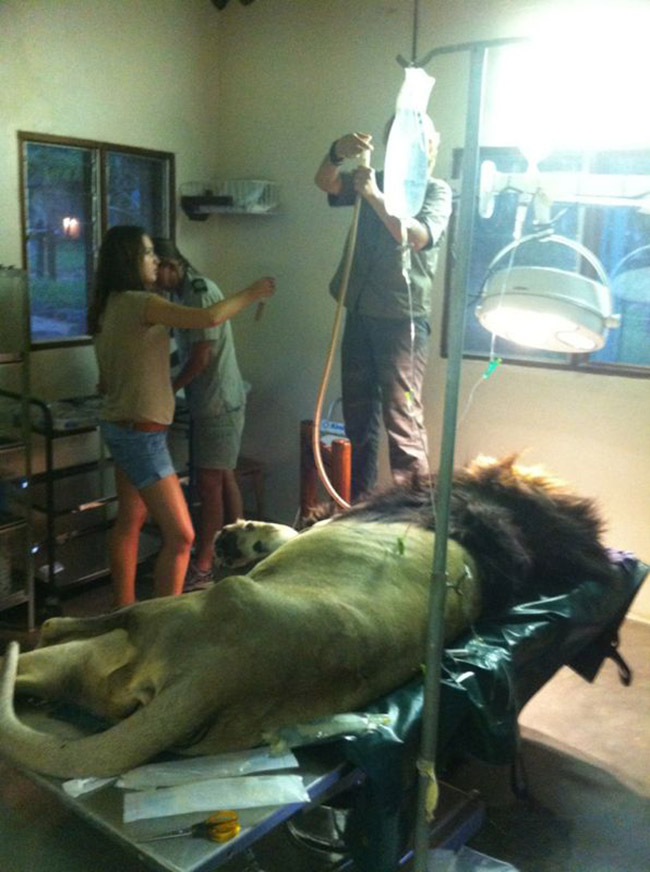 Piet on the operating table

The following morning there seemed to be an improvement in Piet’s general health, but his appetite had still not returned and his breathing was also abnormal. He seemed to be deteriorating at a rapid rate. Dr Rogers was called in again on 22 November to do tube feeding. It was then concluded that there was nothing more that could be done for Piet, and it would be more humane to euthanize Piet, as he was suffering. Piet left this world on 22 November at about 16h45. Provet Wildlife services performed an autopsy, which revealed that Piet had an abscess in his lungs. It has not been confirmed whether the abscess was caused by the root canal abscess, or whether he had tuberculosis or a tumour.

Piet was at the Centre for 10 years, and was about 15 years old when he died. He was known and loved by all who visited and worked at the Centre.
Piet, your impressive roar and majestic mane will never be forgotten! You will be missed. 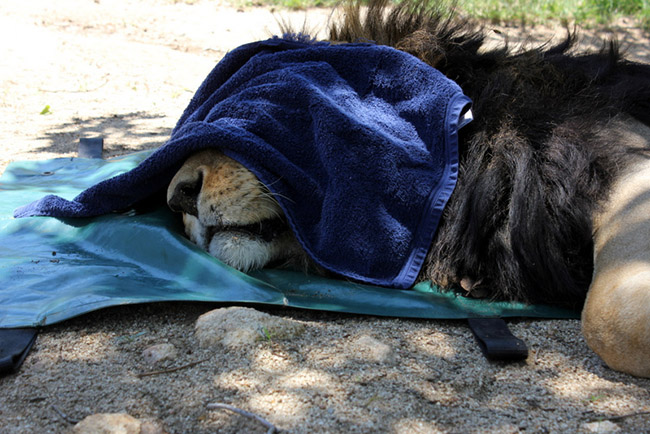 Rest in peace, Piet – you will be missed!

Nicki the cheetah's visit to the vet