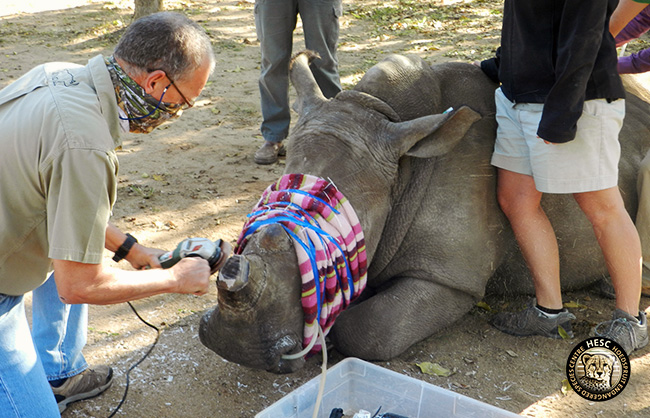 On Friday, 19 May, we continued with the process of dehorning our rhinos. This time, it was Stompie, Nhlanhla and Lula’s turn. As these three are still young, and their horns aren’t like those of fully-grown rhinos; we remove the excess horn to ensure the little ones’ safety.

Dr Rogers and his team, along with Lyle Wiggens from Limpopo Nature Conservation and the HESC team made their way to the rhino boma. 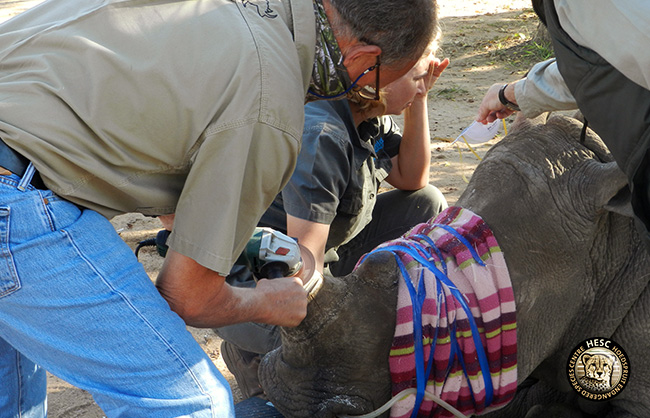 First up, was Stompie. His procedure went smoothly with no complications. However, the team was kept on their toes as his friend, Balu, was very curious and wanted to see what was happening to his mate. Our seasoned curators handled Balu with ease and gave him the reassurance he needed until Stompie’s procedure was completed. 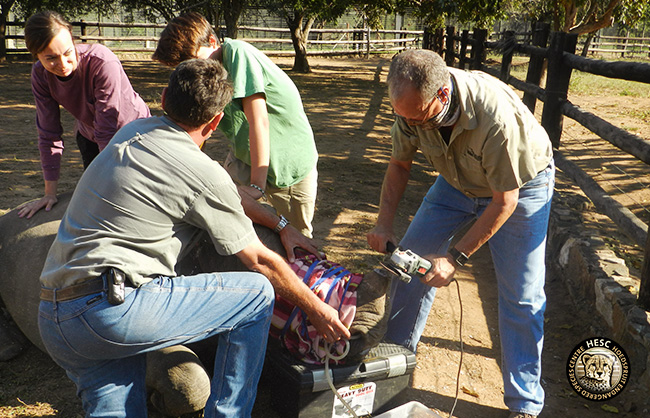 Next up was Nhlanhla and then Lula. By this time, Adine Roode had also joined in for the de-horning. The rhinos went one after the other, and were handled with extra care as they are juveniles. All went well and all three rhinos were up and about in no time.

The dehorning of all HESC rhinos is strictly monitored by Nature Conservation officials. The horns are immediately removed from our property after every procedure and taken to a different place for safekeeping – and none of the staff members know the location. At HESC, we have found the complete removal of the horn to be the most protective measure. This, in our opinion, curbs the imminent risk to both our animals and staff. No horn = no interest from poachers. 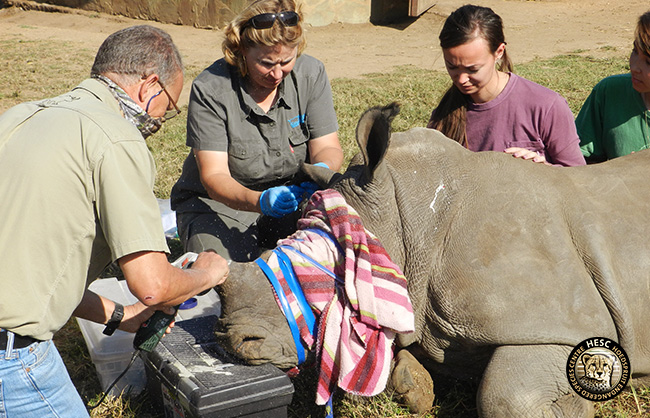 If you missed the missed the story on the dehorning of Gertjie, Matimba, Lion’s Den and Dingle Dell, click here to read more. To read about Balu, Khulula and Olivia’s dehorning story, click here.

AN UPDATE ON THE POACHED RHINOS, BY VET NINA KISCH