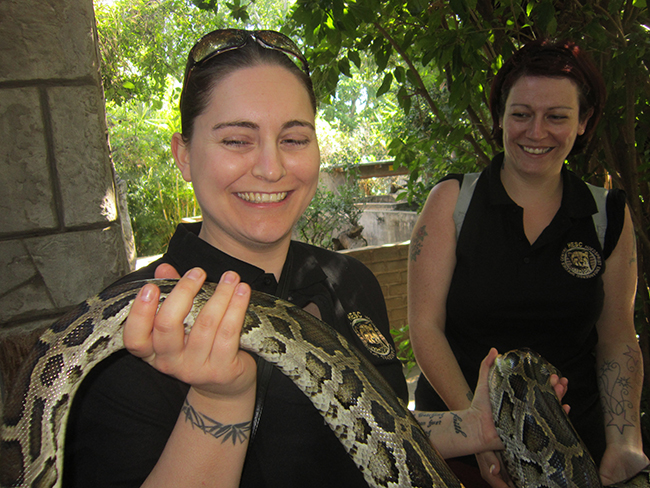 Louise from Sweden overcoming her fear of snakes

As part of our student programme at the Hoedspruit Endangered Species Centre (HESC), we encourage everyone to live each day here to the fullest, enjoying the natural surroundings and of course, the wildlife that comes with it!

On Thursday 2nd May, the students were invited to attend a venomous snake and spider orientation course at the local reptile park. Donned with cameras and a will to learn, the students were told all about South Africaâ€™s various venomous animals and in particular, the snakes! However, excitement was not all that filled the air. For two students, Becky and Margareth, snakes and spiders were on their list of most feared. 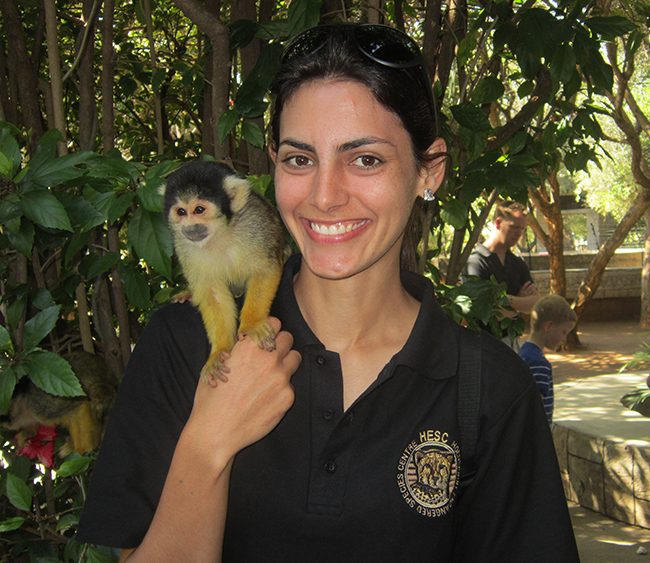 After partaking in a presentation by one of the most knowledgeable ‘snake menâ€™ in the area and owner of the reptile park, Donald, the students were able to view all sorts of species including scorpions, baboon spiders, gaboon adders, black mambas, and more, learning about their natural behaviour whilst viewing them from a safe distance. After viewing the snakes and spiders from behind glass, the students were invited to personally feed monitor lizards and a chameleon, along with getting up close and personal with a bearded dragon and squirrel monkeys. 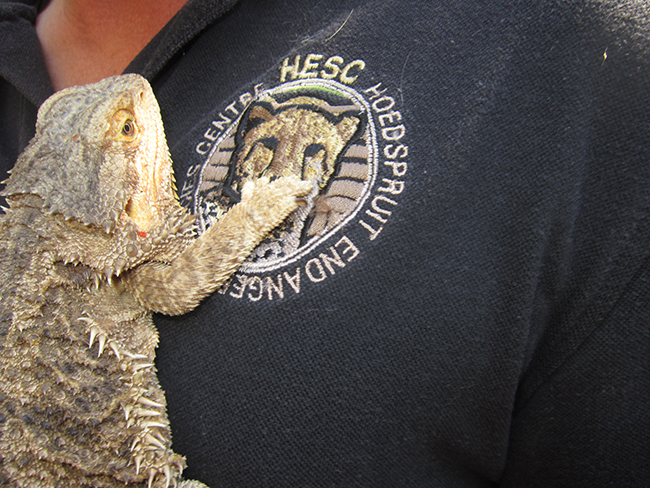 Henk, one of the staff members, and a bearded dragon enjoying the HESC logo

Now, for Louise, there was one terrifying moment. Upon arrival in South Africa, Louise was scared of snakes in all forms and sizes. As South Africa holds a very high number of both venomous and non venomous snakes, this proved to be a problem. However, during the tour of the reptile park, the opportunity was offered for the students to touch and hold a large python. The majority of the students stepped forward without hesitation, but Louise remained a little anxious. Thanks to the kind words and encouragement from the other students, Louise decided to take the plunge and hold the gigantic snake, facing her fear once and for all! 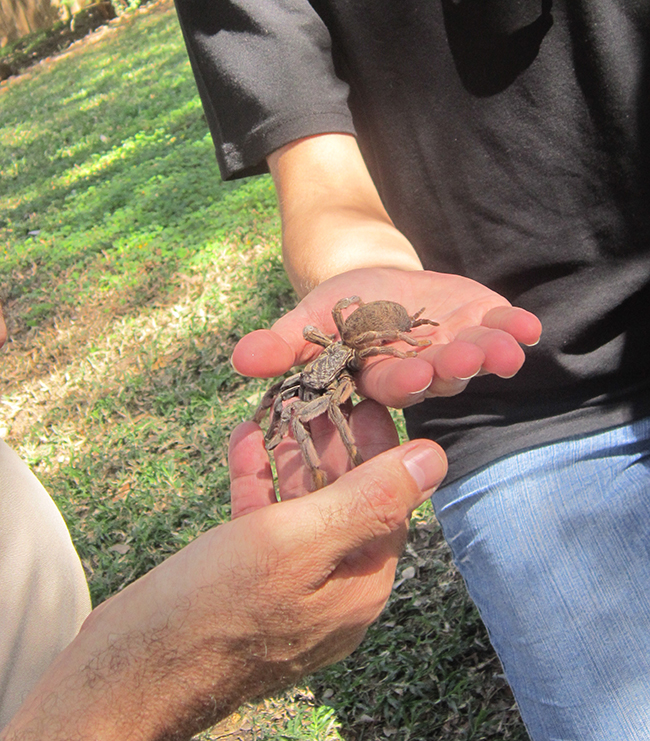 Margareth preparing to overcome her fear of spiders!

After the momentous moment, the students were all treated to a highly informative venomous snake demonstration, and were all even allowed to touch a widely feared cobra! Following Louiseâ€™s lead, Magareth also decided to conquer her fear of spiders by holding a Golden baboon spider, which almost took up the size of her whole palm!

As part of HESC’s Student programme, not only can anyone from around the world be a part of conserving endangered animals, but have the chance to conquer fears, reach new personal heights, and create memories to last a lifetime!

Thanks to Donald and the team from Khamai Reptile Park for hosting us, and for providing an excellent and informative presentation and orientation for all!