It is astonishing to think that a little creature of around 50kg arrived at the Hoedspruit Endangered Species Center and that they eventually grow to weigh an estimated two tons.
The arrival of Esme and the fragility of her story has crept into the hearts of many as it carries the plight of her species forward. 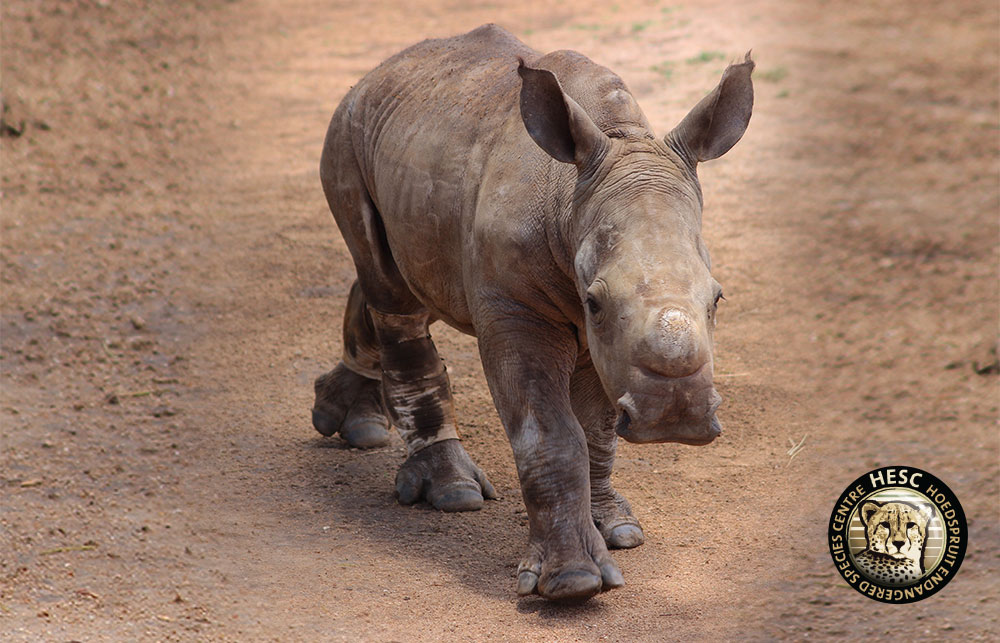 Rhino poaching continues to be driven by the demand for rhino horn in Asian countries where it is used in traditional Chinese medicine, and for ornamental purposes as a symbol of success and wealth. The scarcity of rhinos today and the corresponding intermittent availability of rhino horn only drives the price higher, and intensifies the pressure on the declining rhino populations. Both black and white rhino populations in South Africa are under serious threat due to poaching.
Although not rescued from a poaching situation, Esme’s circumstances could have turned dire without human intervention as she did not put on any weight despite suckling from her mother. With a lot of tender love and care the dedicated team and HESC encouraged Esme to go the distance. She has been receiving bottle feedings every 3 hours which helped her gain weight and is currently at a wonderful 99kg. This amount of weight gain would normally make most ladies cry, however with Esme, it is the best news ever. A rhino that doesn’t weigh a lot is an unhealthy rhino.
Amongst other things, Esme has also been receiving treatment for her dry and chapped skin which is a direct result of dehydration from the lack of milk. Curators at HESC have been applying either baby cream to her skin to hydrate it and protect it from the sun, or they have been mixing mud in a bucket and applying it to the dry skin. This is what rhino spa-therapy is all about! With these treatments her skin condition has improved considerably. HESC will continue her spa sessions until her skin is back to normal and she is able to roll around in her own mud baths. 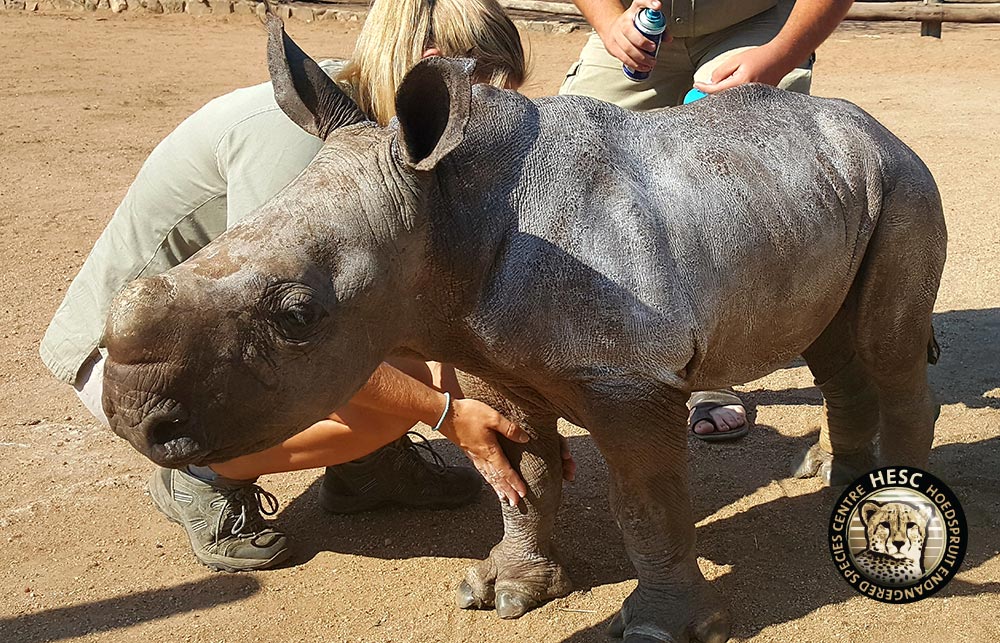 What makes the story of Esme especially appreciable, is not only that she has doubled her body weight and that she has made strides towards normal skin since her arrival, but also her companion, David. The second half of this odd couple, the Anatolian Shepherd dog, was paired with Esme for re-assurance and company and their story is reaching different corners of the world:
Have you seen?:
https://www.timeslive.co.za/news/sci-tech/2017-11-05-baby-rhino-and-shepherd-dog-an-inseparable-pair/ 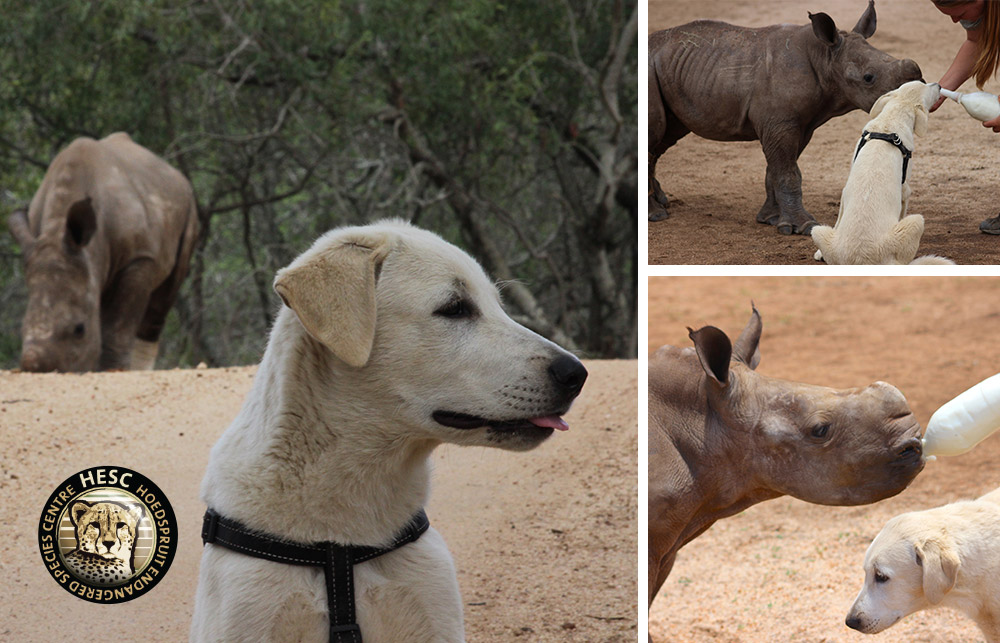 Their friendship has transpired and evolved since being introduced a few weeks ago. These two are now inseparable. HESC is making history with the pairing of these two animals and they believe it will benefit the rhinos in their care in future.
David’s breed, the Anatolian Shepherd was originally bred for guarding livestock by being in dependent and forceful.
These dogs are rugged, large and very strong. Good sight and excellent hearing combined with high speed and agility allows it to protect livestock from predators. These dogs are physically imposing; males are normally 60+ cm at the shoulder and can weigh between 55-75 kg.
They are calm, confident dogs but will investigate and aggressively confront any intruders or threats to their herd, which now includes little Esme.
The HESC team is very optimistic about Esme and her future and they will continue to keep a close watch on her.
It is heartwarming to know that her and David’s story is touching lives and bringing joy to whoever reads about them.
Remember that spreading the word on Social Media will benefit Esme, David and all the other saved rhinos at HESC.
Refer to:
#BeKindToRhinos, #SaveTheRhino and #EndangeredSpecies on Social Media and update your profile image on Facebook with this frame:
http://www.facebook.com/fbcameraeffects/tryit/192254564672903/
Please also donate towards Esme and David  using the following link:
https://www.globalgiving.org/projects/bekindtorhinos/
Keep an eye out for future updates and stories on Esme and her odd-couple companion, David.