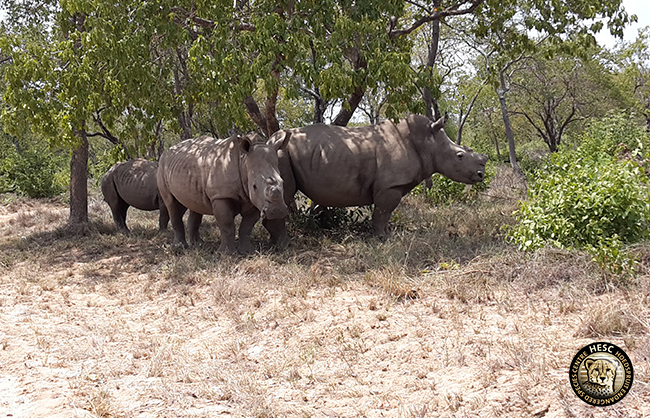 When Philippa, the poached rhino cow, first arrived we thought it would be best to keep her in her own enclosure for a while before introducing her to the other two surviving female rhinos, Lion’s Den and Dingle Dell. She is still quite a bit smaller than them, and we didn’t want to take the chance of the other two giving her a hard time, or possibly even hurting her.

Over the course of her first days with us, Philippa did not stop calling for her mother. She was still grieving and obviously felt lost. One night shortly after her arrival, the two other females became very interested in her calling and broke the lock and hinges of the gate, entering Philippa’s enclosure. At first they were not friendly to her. They did not try to hurt her, but Dingle Dell would chase Philippa away whenever she approached them. Lion’s Den also took a turn to chase her away. 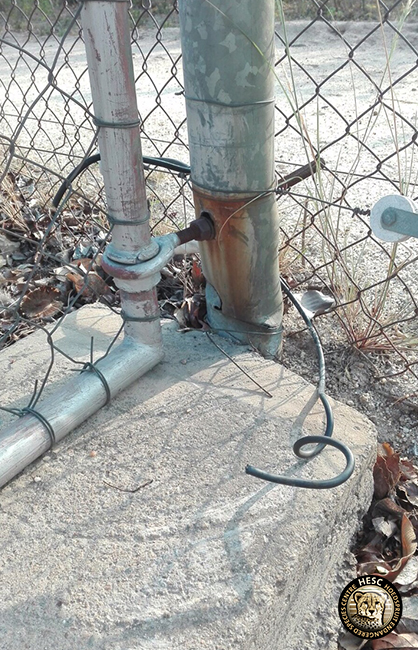 After this back and forth for a while, they both eventually warmed up to the baby rhino. As Lion’s Den is more maternal, she has become closer to Philippa. The three females now walk side-by-side. Every now and then Dingle Dell gets a fright and will bump into Philippa. We are not sure whether this is accidental, or whether it’s just part of her naughty nature. 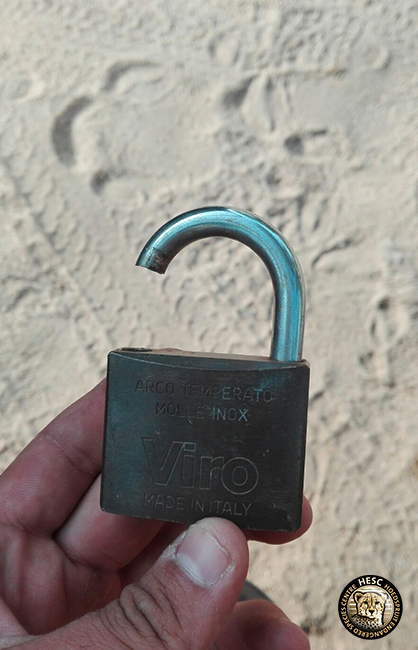 We are very pleased that Philippa has been accepted by the other females, and are happy to report that her disposition is improving by the day!

Security upgrades to the rhino boma