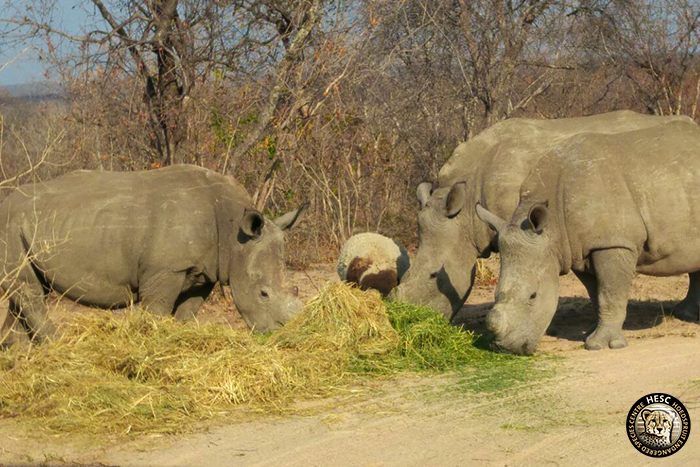 On the 23rd of September, we moved Philippa from Lion’s Den and Dingle Dell’s camp, to the same enclosure as Gertjie and Matimba. With the arrival of Ike, we’ve had to rethink the dynamics of our Rescued Rhinos @ HESC sanctuary. Seeing that Philippa is about the same size as Gertjie and Matimba, and even closer to them in age, we thought it appropriate for her to be partnered with them.

Ike, who is still in his own separate enclosure, will be moved in with the older cows, Lion’s Den and Dingle Dell. This is with the view that the rhino bull will soon mate, and hopefully reproduce, with either of the cows. 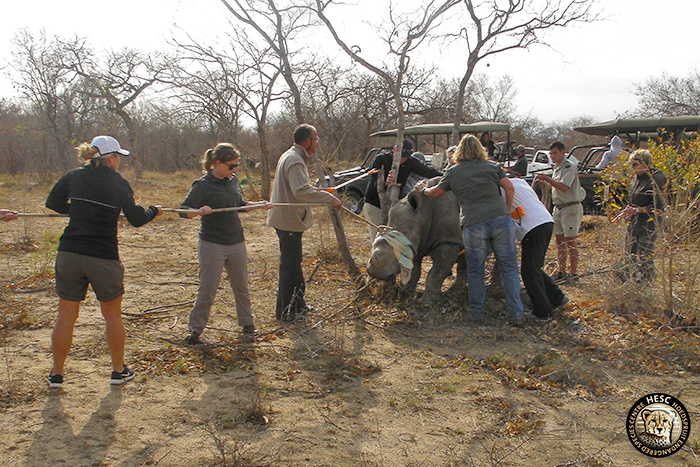 Although Philippa was in the same enclosure with Lion’s Den and Dingle Dell, she spent a lot of time wandering on her own. This we suspect may have been related to the age difference between her and the other two females.

Dr Rogers and his assistant, Janelle Goodridge; head curator, Christo and WCE participants were on call for Philippa’s big move. Also in attendance were Dr Rogers’ guests from America. 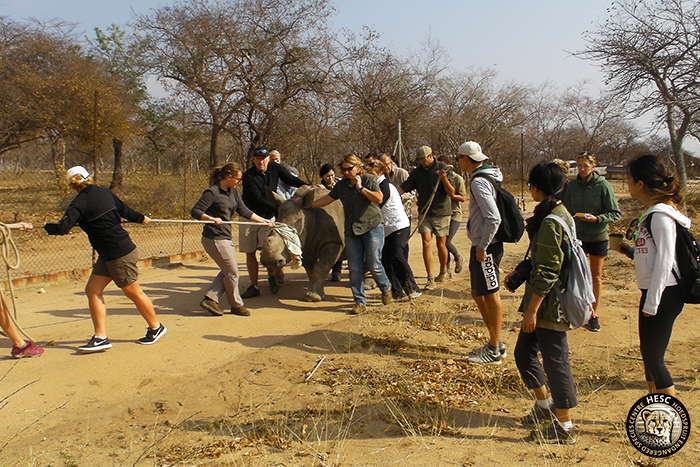 Dr Rogers darted Philippa with Etorphine (M99), which is commonly used for the immobilisation of large mammals. The dosage was enough to tranquilise Philippa so that she could still walk through the enclosures.

We opened up the fences bordering the rhinos’ enclosures, and led Philippa through for about 200 metres into Gertjie and Matimba’s camp. Some staff members were assigned with the task of keeping Lion’s Den and Dingle Dell away from the opened fences.

Later that afternoon, Philippa was already seen close to Gertjie and Matimba. We are pleased that it only took a day for Philippa to bond with the two, and adapt to her ‘new friends’. 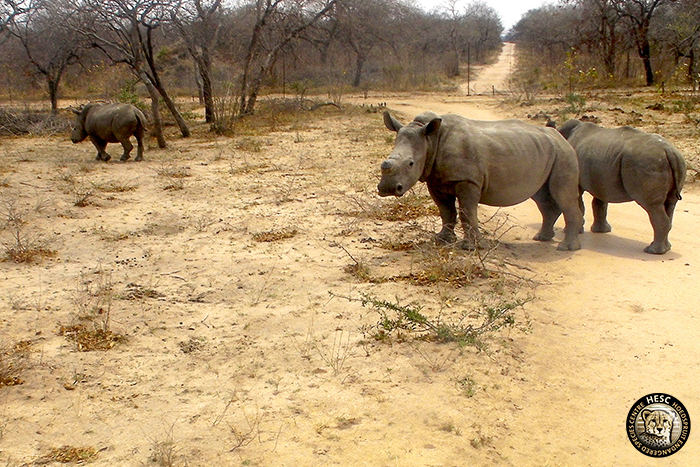 Lion’s Den and Dingle Dell do not seem to be affected by Philippa’s absence. It looks like they’ve taken a keen interest in their new neighbour, as we’ve noticed their and Ike’s spoors close to the fence that separates their camps. This clearly indicates that the cows have already started interacting and getting to know the bull. Ike is still quite shy. He usually hides and moves away when there is movement in his camp. We are giving him time to get used to his new surroundings before moving him in with the ladies. 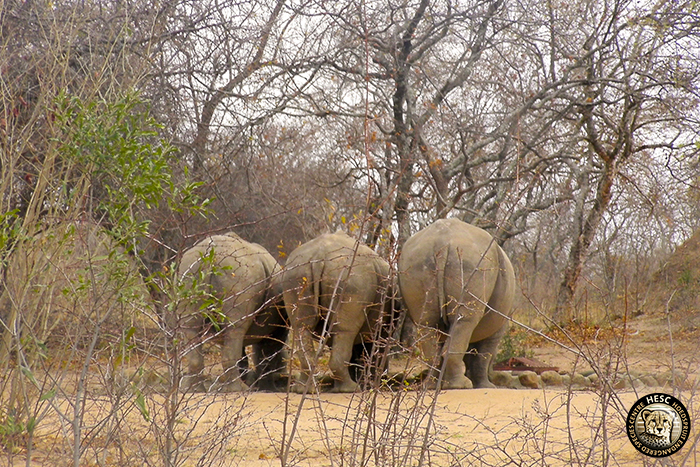