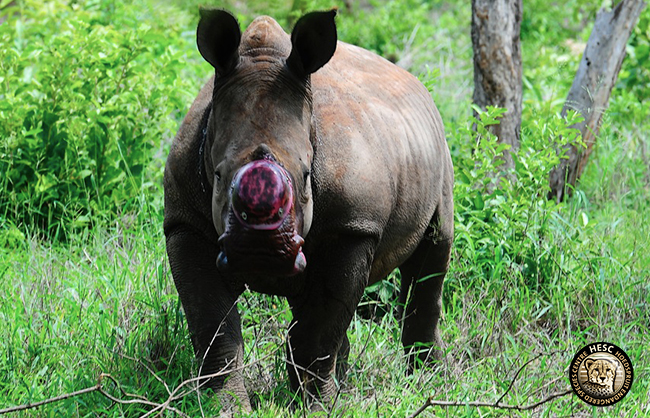 Early one morning our curators set off to the rhino enclosures to check on our three ladies, Lion’s Den, Dingle Dell & Philippa. They were all recently moved to a larger enclosure with more shade, as the drought was taking its toll on them. We’ve also had to increase their daily lucerne intake as a result.

When searching for a rhino, 10 hectares feels like 5000. As large as these animals are, they certainly know how to hide! The curators eventually found that they had broken the hinges of the gate and had moved into a different enclosure. This kind of behaviour only seems to happen on days when we are planning a treatment for one of them. We are baffled at how they always seem to know. 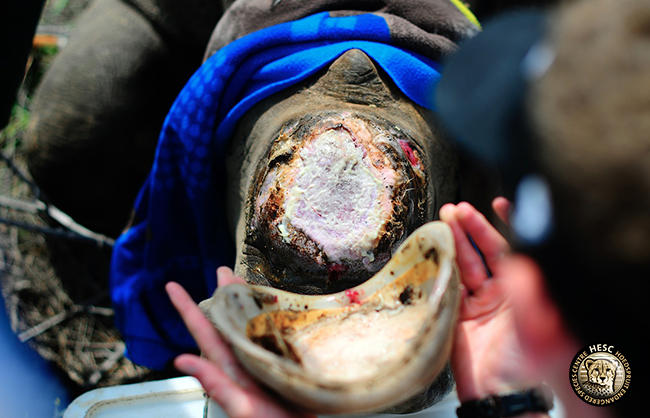 Christo, Dr. Rogers and Janelle went ahead of the rest of the team to dart and secure Philippa. Lion’s Den and Dingle Dell have gone through many sedations, and so they knew what was coming. Dingle Dell, protective as ever, led the three rhinos behind some bushes so that Dr. Rogers didn’t have a clear shot. Eventually he found his angle and Philippa was darted while the rest of the team moved in to assist. 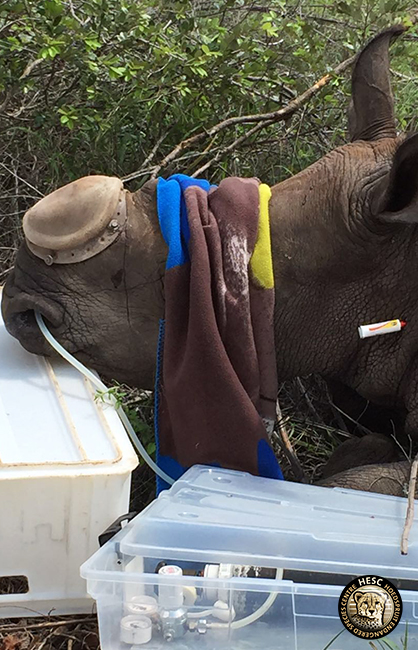 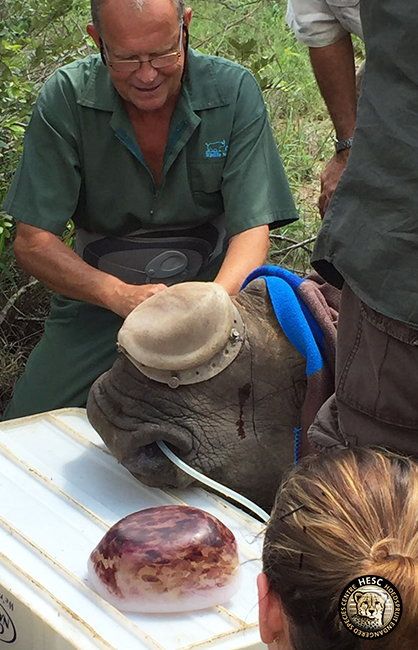 Brad Kidd an orthotist/ prosthetist from Nelspruit, was present for the procedure again (he made Philippa’s mould which we used in her previous treatment procedure). We unscrewed the prosthesis and could see the drastic difference in Philippa’s wound. After just 5 treatments, her wound has closed and there are even pieces of horn that is growing, like grass sprout after heavy rain.

The wound was washed and cleaned with water, and F10 was applied. Philippa also received her broad-spectrum antibiotics, to fight against any bacterial infections, and was sprayed for parasites before her antidote was applied. We are so grateful for the prosthesis made by Brad Kidd, which has truly protected Philippa’s wound and allowed it to heal quickly and painlessly. 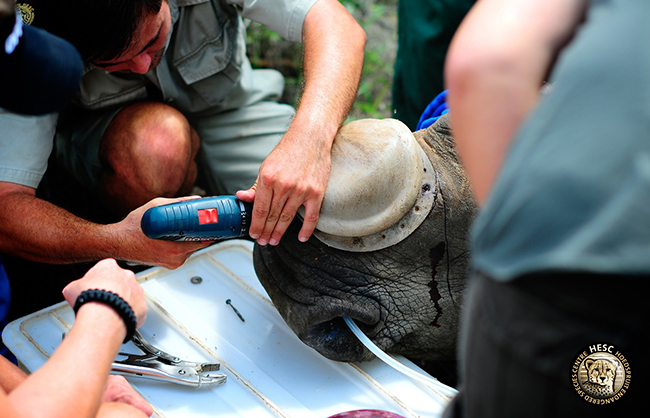 With every treatment, we are given the opportunity to enhance our knowledge and skill. How far we have come since Dingle Dell and Lion’s Den arrived. How far we still have to go is only a matter of time and experience. 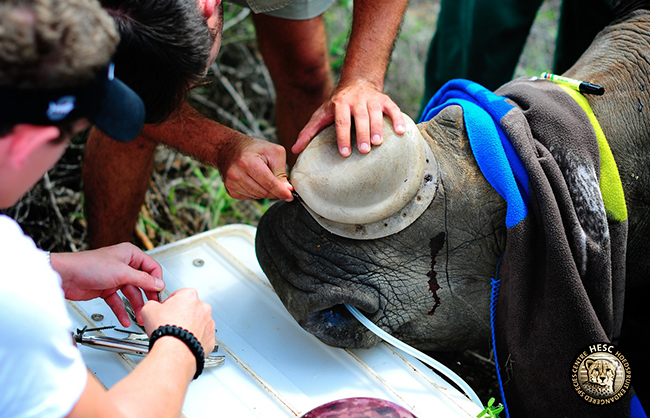 Introducing the HESCperience Selfie of the year Competition!