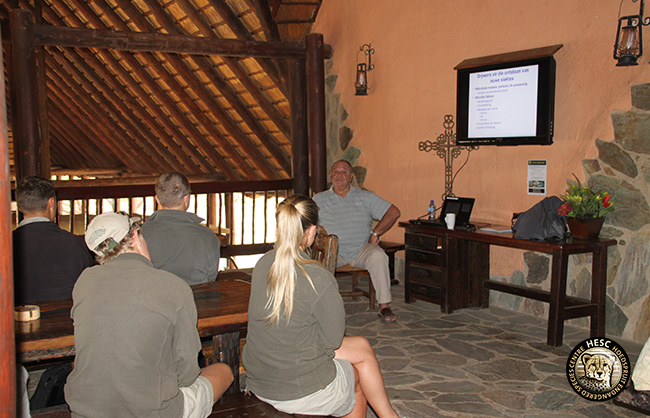 Many of our visitors may not be aware that Hoedspruit Endangered Species Centre (HESC) has a specialist Advisory Committee that assists with the management of our many activities, and their much-valued input helps to guide our organization.

The Advisory Committee includes daily role players, such as Dr Peter Rogers (ProVet Wildlife Services) and periodically Drs Johan Marais and Gerhard Steenkamp (both from Saving the Survivors) who have been instrumental in the rehabilitation of our poached rhinos. There is also the State Veterinarian, Dr Christiaan Steinmann, and Lyle Wiggens from the Department of Environmental Affairs and Tourism, who ensure that HESC complies with all necessary regulations and legislation when it comes to certain procedures such as rhino dehorning procedures, quarantine facilities, who will act in a certain way as external advisory members as they are not part of the management team, but their input is vital to comply with legislation.

Professor Nick Kriek [MMed Vet (Path)], Professor Emeritus and former Dean of the Faculty of Veterinary Science, University of Pretoria is the chairperson of the Advisory Committee

As part of the management plan, and in order to run the Centre effectively and achieve objectives, HESC’s management team meets on a monthly basis with the input of an Advisory Committee member to discuss not only animal-related but also all issues related to running centre. 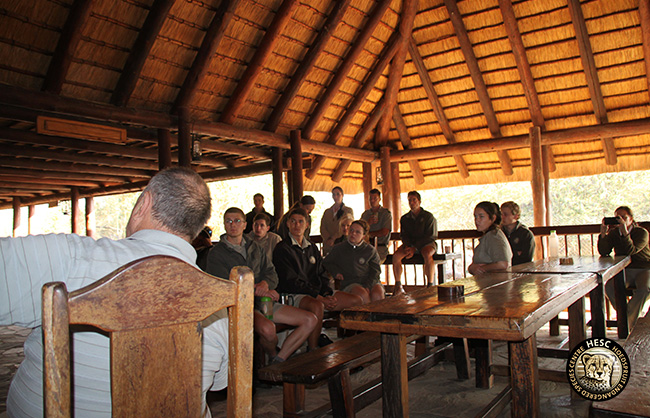 In addition, members of the Advisory Committee also regularly share their knowledge with the teams on the ground at HESC. Professor Nick Kriek for instance, recently gave a lecture to our guides about communicable diseases in animals, and the role played by humans in transmitting these diseases.

It was great for the guides too to enhance their existing knowledge about the existence and distribution of organisms and the understanding the complicated interactions of all the components in an ecosystem. Transmittable diseases are also part of the ecosystem in which we live and play a role in sustaining the biodiversity. Transmissible and new diseases are the result of microbial mutation and evolution, and by a host of other factors. Human factors include the current population growth, urbanisation, people moving (migration/nomad), poaching, and the spreading of vectors. In the area where is HESC is located we are dealing with these direct issues and are addressing the consequent disappearance of wildlife.

The species at HESC are exposed to infectious diseases like transboundary-diseases, endemic diseases, iatrogenic diseases and new varieties and types of organisms. 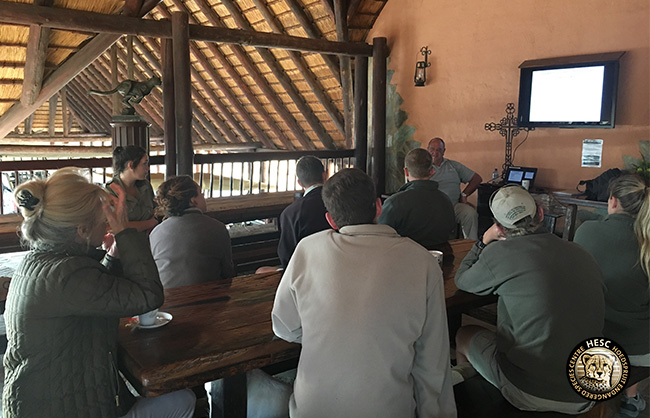 By being aware of these risks, the causes and impact of transmissible diseases, and to work with external members such as the State Veterinarian and members of DEAT, we are attempting to reduce the impact of these risk factors on the resident animals at HESC.  We also play a role in educating our local community about conservation and the complexities of the web-of-life and how we fit into the grand scheme and the roles that we should play to ensure a sustainable

At HESC we limit human-animal interaction to only core caregivers in order to minimize the risk of transferring human-borne illnesses to the animals so as not to jeopardize animal releases into the wild. This is also the reason we do not allow our visitors to pet any of the wild animals at our Centre.

Although we are a facility specializing in keeping captive animals, we do support the global initiative against human-animal interaction for commercial gain and entertainment. We also try to provide an environment as close as possible to the natural one for our animals to live and thrive in