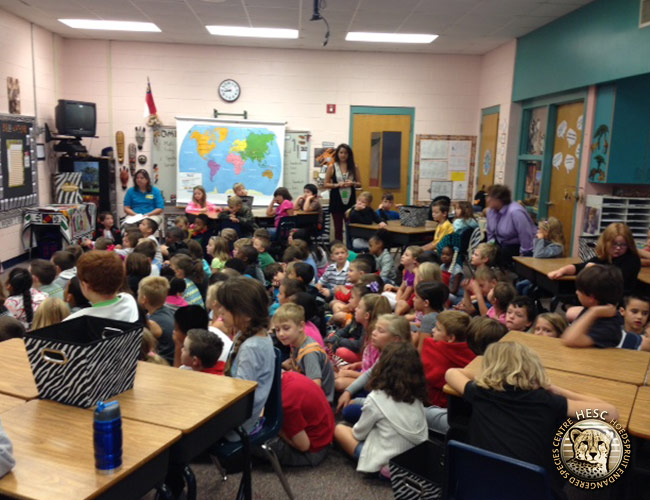 Anita Fourie is well known to HESC, and has been for the past 8 years. In 2007 she shared her knowledge and interest in NASA with the teachers of Paulos Ngobeni in the Lente Roode Educational Centre over the course of a weekend. HESC also offered the teachers the opportunity to visit Anita in her class as part of a twinning programme between Anton van Wouw Primary School and Paulos Ngobeni.

Anita then spend 5 years in the USA where she offered her classes the opportunity to Skype with HESC, sharing her passion for conservation with the children. The children from Paulos Ngobeni participated in Skype calls with the American children on a number of occasions, and got to share their experiences and knowledge of animals from the USA and Africa. 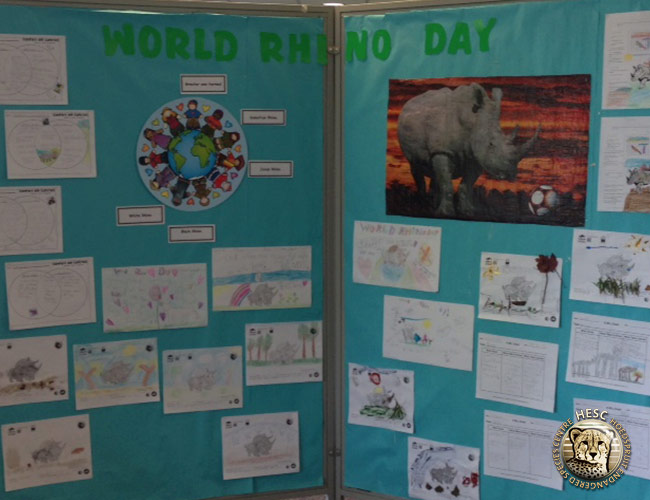 Anita returned to the USA in 2015 and decided to join HESC’s Rhino Art programme, while participating in World Rhino Day on the 22nd of September.

We set up a date for a Skype session with Anita’s Grade 3 class at Queens Creek Elementary School on the 15th of September in order to provide the children with enough information in preparation for the international day of recognition. They would also have the opportunity to join the children of Africa in the Rhino Art initiative. 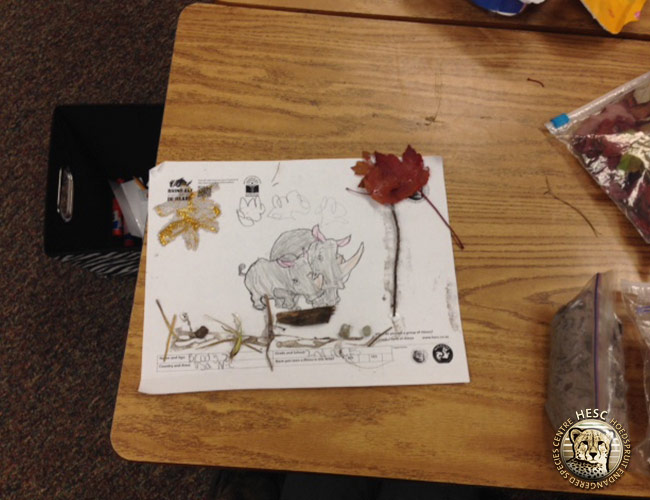 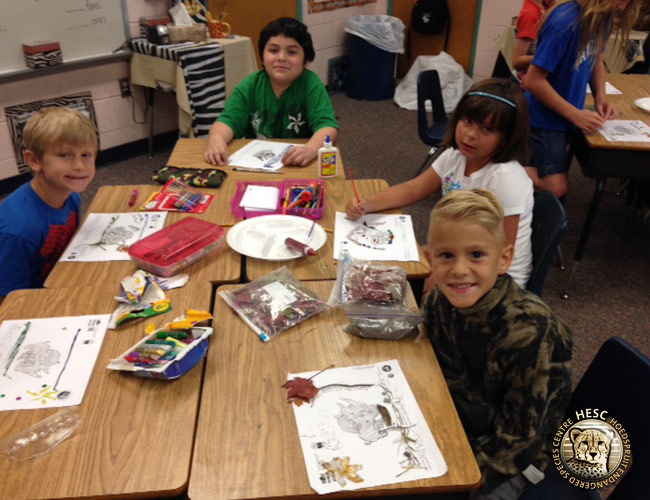 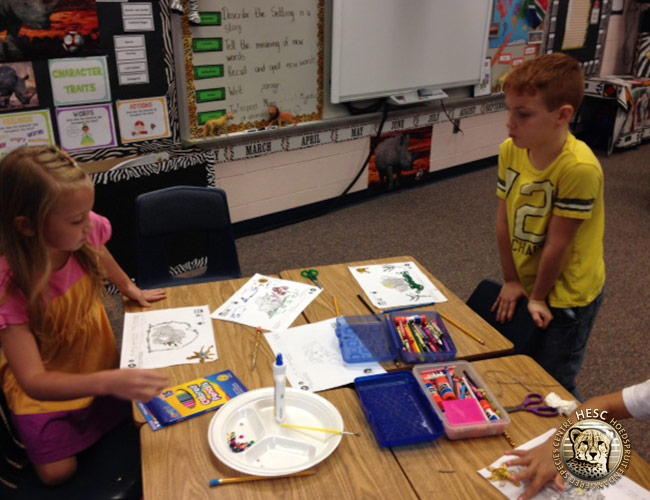 More about the Rhino Art Initiative

“In an effort to fight the war against poaching, Rhino Art involves local communities that are at times the silent witnesses to the slaughter. We aim to increase conservation awareness amongst the youth and cultivate a next generation of wildlife “ambassadors” that has a vested interest in the protection of rhino and other endangered species. The collection of this art also adds to the ‘groundswell’ of public support for Rhino Protection and has already gathered the largest number of children’s ‘Art Voices’ ever recorded in support of Rhino Protection, and to uses these ‘Hearts and Minds’ messages from the children of Africa, as a worldwide call to action against Rhino poaching.”

Mission “The Queens Creek Elementary School community will prepare students to be globally competitive leaders and responsible citizens in the 21st century.” 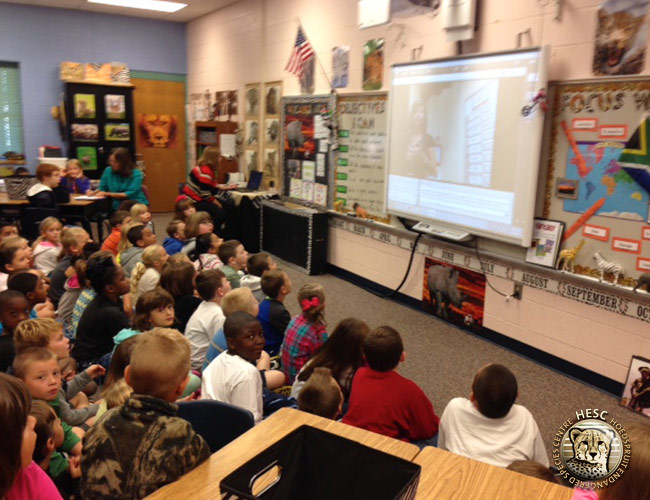 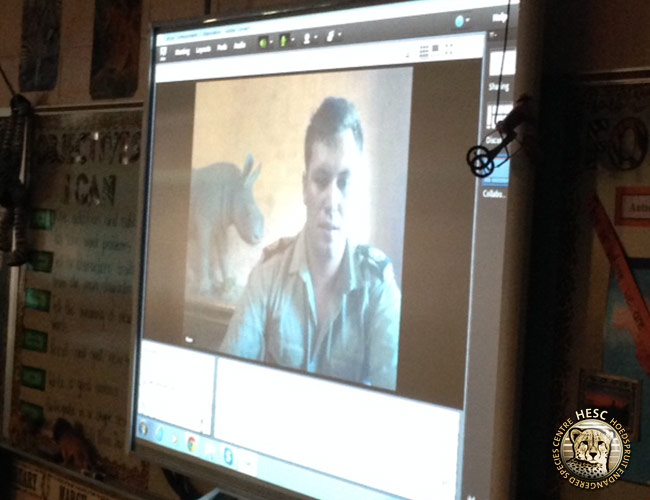 Ruan Roos represented HESC, and it was with great enthusiasm that he set up his webcam on his computer, ready to talk about, explain, share information and answer questions on rhinos as well on rhino poaching.

Queens Creek Elementary School also participated in the World Rhino Day 2015 colouring competition. They created a poster, compared and contrasted the Black to the White Rhino, and displayed their work in support of the global day of recognition.

Technology truly is an amazing thing!

A guide to tracking animals in the wild