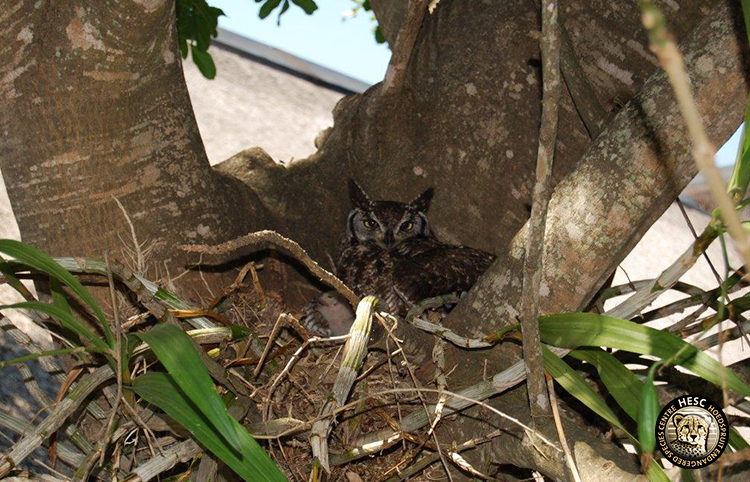 One of our core beliefs here at The HESC is that, whereever possible, animals are to be released to the wild where they belong.
It was five years ago that a female Eagle Owl (born to parents which had been injured and brought to The Centre) was released into the wild. The owl adapted well to her new environment, but chose to stay in the immediate area of HESC – hunting and nesting on our grounds.
A few days ago it was discovered that she had given birth to two chicks in a nest right in front of our Television Room. So far it looks as though both chicks are doing extremely well.
For us, it is the ultimate achievement when animals released in the wild are able to breed successfully.

These shoes were made for walking