The blockbuster movie Lion King made an impression on us all. Big and small were all touched by the heart wrenching story and colourful characters. Now,
the Hoedspruit Endangered Species Centre (HESC) has its own Lion King story to tell:  how fitting that their lion cub was named after the one and only Simba. 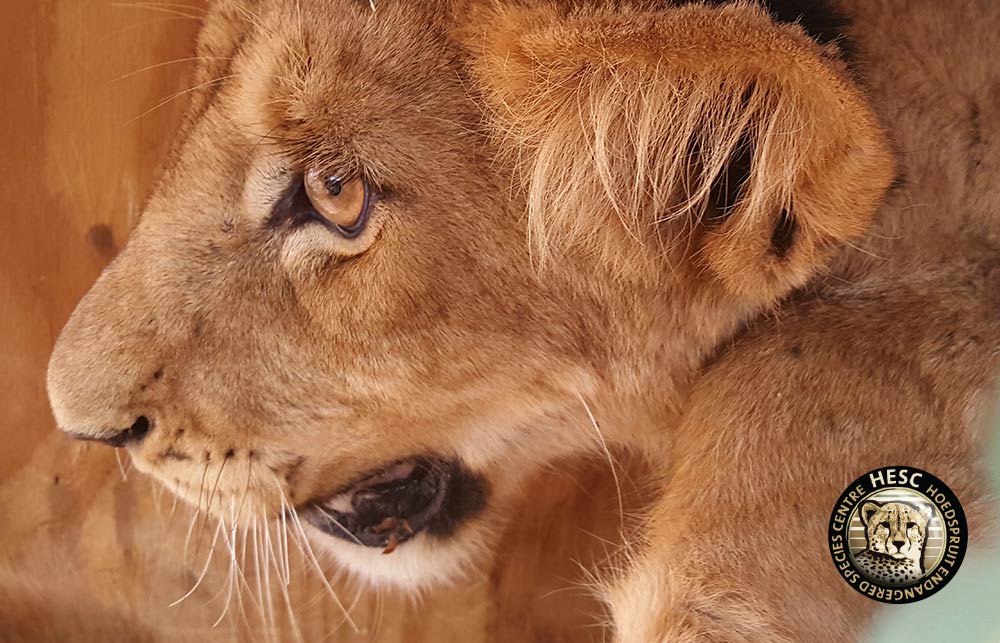 The centre received a phone call from the Kruger National Park, close to Phalaborwa as a lion cub, estimated to be around 5 months old, was found on one of the roads extremely thin and weak.  After the rescue, a decision was made to contact HESC.
Two staff members traveled to Phalaborwa to bring him back to the centre. The cub was darted and loaded into a travel crate. Once the cub arrived at the centre he went into their quarantine area, as is standard practice to prevent any transfer of diseases.
After two days, Dr Rogers came in to perform a TB test and draw blood to test for feline AIDS.  The procedure involves injecting a dead form of the TB Virus under the skin to see if there are any reactions.  Simba was injected with Avian TB and on the one side of his neck and the Bovine strand on the other. Blood was taken, a micro chip injected and a drip administered for sustenance. 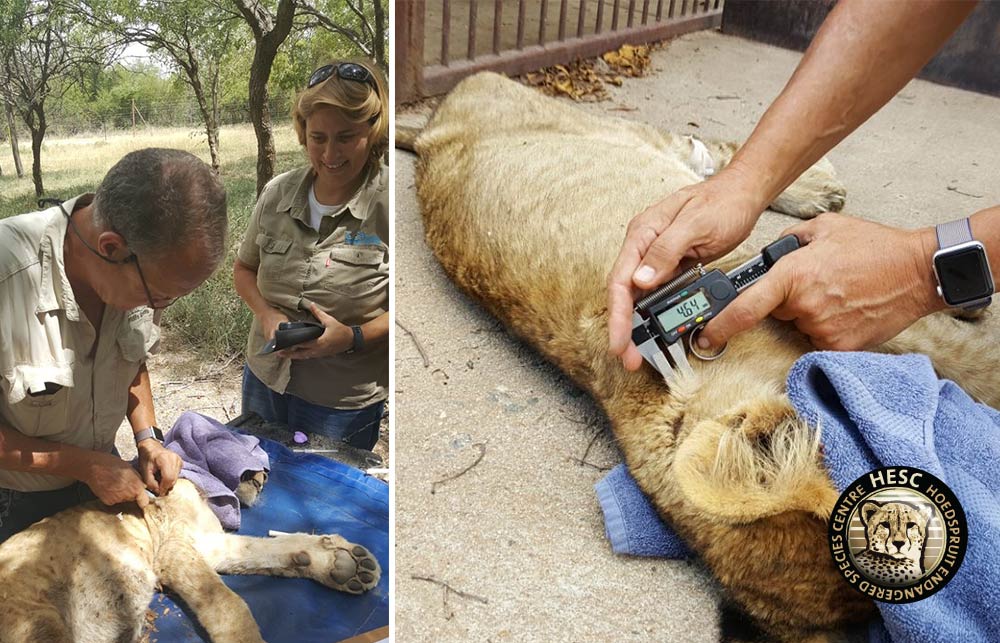 72 hours later Dr Rogers returned to see the results of the TB test.
Simba was darted in order for the readings to be taken. Some swelling occurred where the strands of TB was injected which is an indication of an infection. Readings taken three months from now will, however, confirm if Simba has TB.
HESC is anxiously waiting on the Feline Aids test and will keep everyone posted.

Update on Lula, our most recent rhino arrival