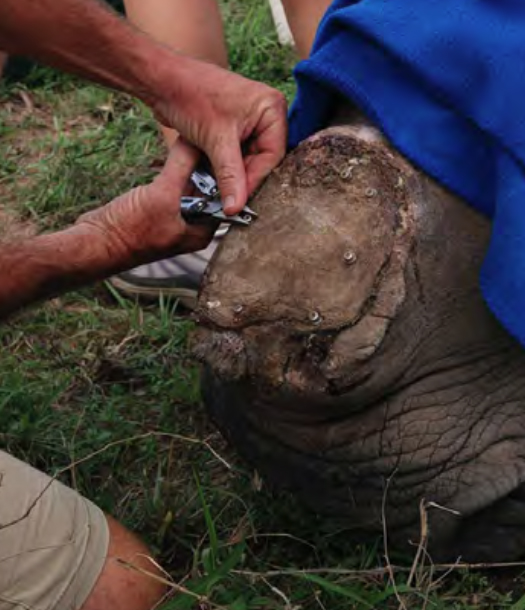 Less than a week after Dingle Dell was treated, the curator noticed that Lion’s Den cover no longer looked the same and that there was wound exudate (discharge, including pus etc) around the dressing. Dr Rogers came out to examine her, and the decision was made to dart and anaesthetise her and treat her wound.

As the previous two treatments had shown little improvement, the whole team was dreading to see what the wound looked like. Thankfully, it was a wonderful surprise for all, as the wound had at last shown good progress in healing. 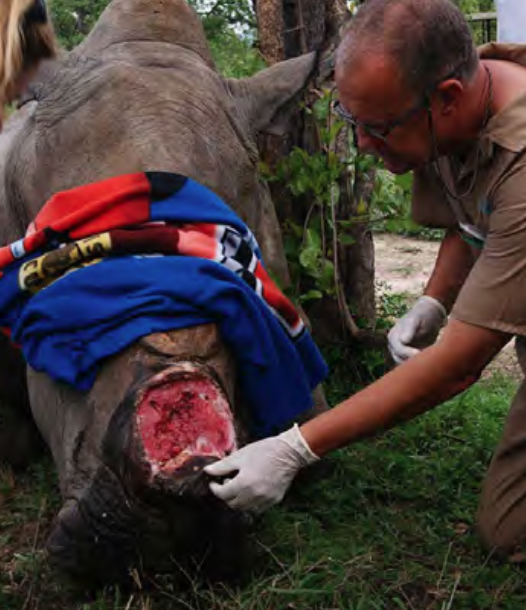 Note the improvement from the previous treatment, there is now a firm, healthy bed of granulation tissue and the sinus is almost completely sealed

Dr Rogers noted that the dressing was changed just in time as the pus had once more attracted the pesky flies. In fact, they had already begun to lay eggs, but thankfully no damage had been done to the wound. In addition to this, the edges of the wound had just begun to heal over the edge of the cast which is not ideal. 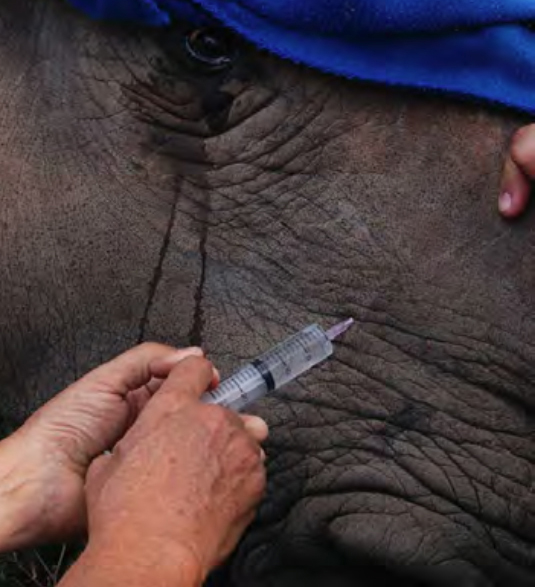 Injecting local anaesthetic to block the nerve supply to the horn 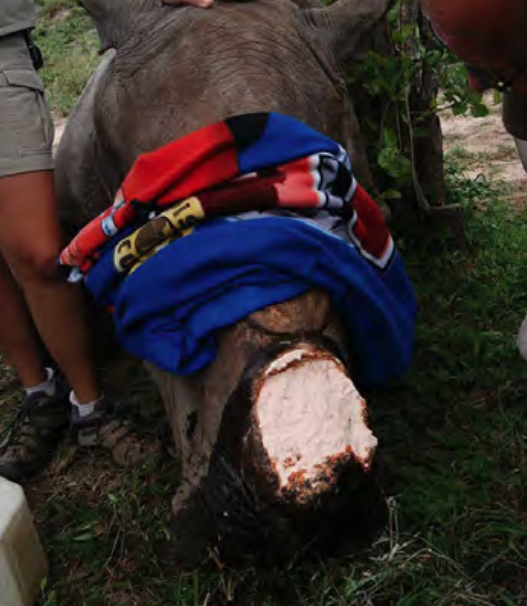 Antibiotic powder placed on the wound 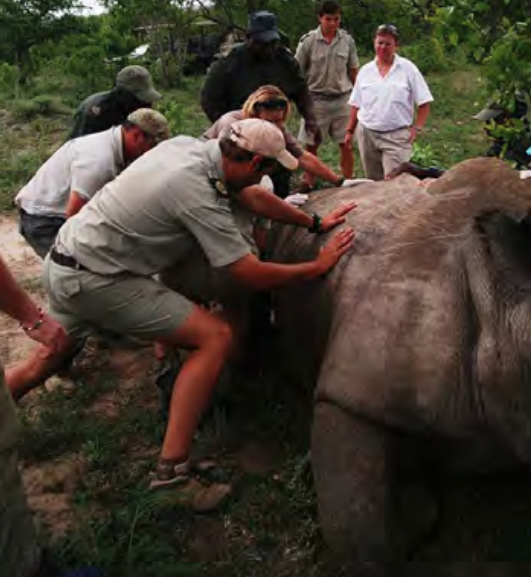 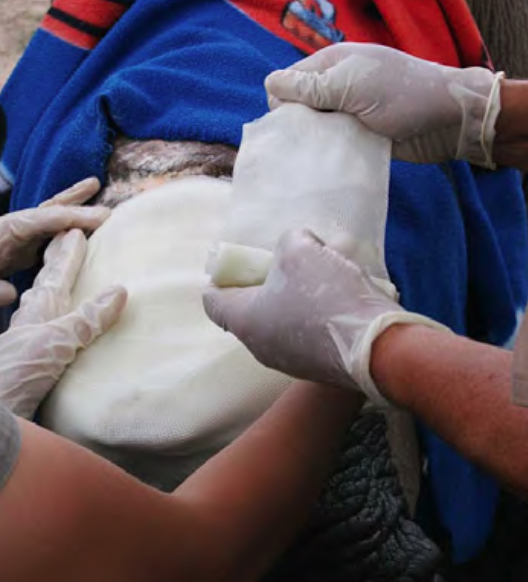 Moulding the cast material over the horn 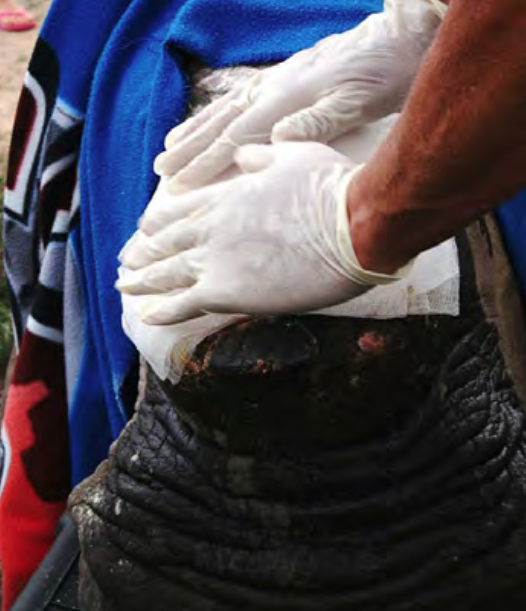 Placing swabs to protect and pad the wound

So the wound was thoroughly cleaned and disinfected with F10 Wound Disinfectant before being treated with an antibiotic powder, and sealed with a cast. The cast used covers the whole horn area and not just the wound, as this will give greater protection from the flies and allow skin to heal underneath the cast and not over it. As the rhino is so heavy, it cannot be allowed to lie on one side for extended periods as it prevents blood flow to the leg underneath the body. For this reason, Lion’s Den had to be rolled on to her other side in the middle of the procedure. 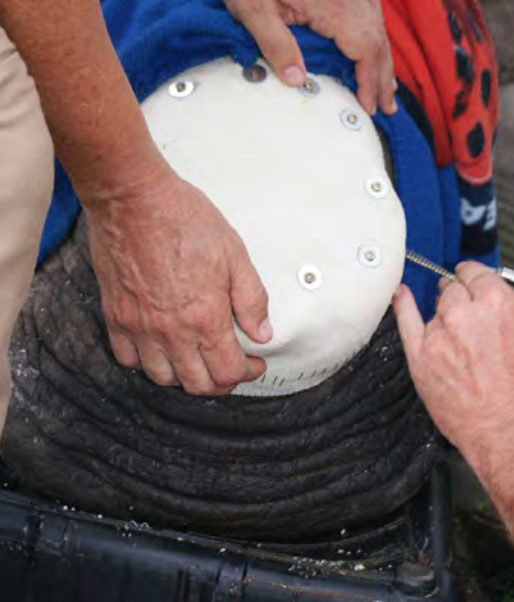 Placing one of the last screws in the cast 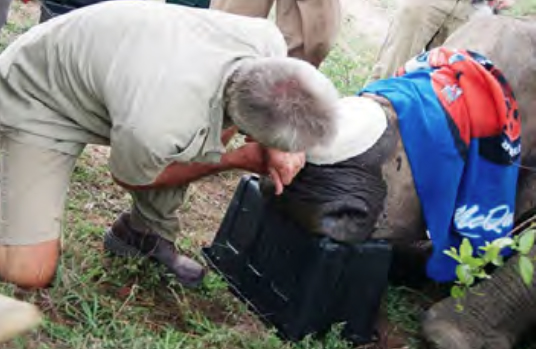 The team was ecstatic for Lion’s Den and for her unborn calf, and are holding thumbs and praying that her wound only gets better and healthier from here on out.