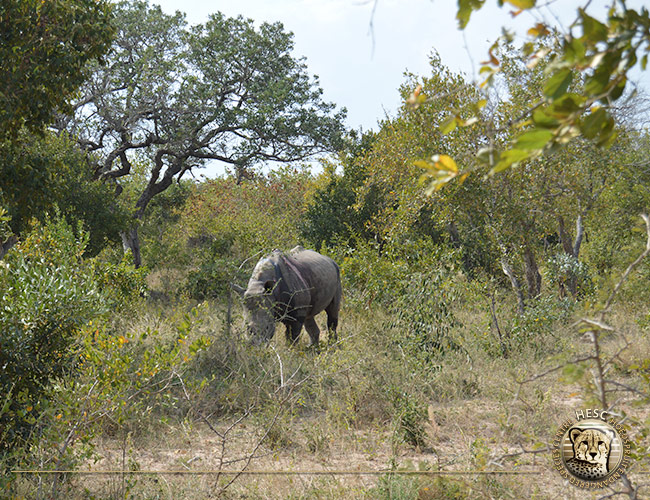 It was with heavy hearts that we announced the passing of our rhino #72 on the 26th June 2015. He was found lifeless at a waterhole in the early hours of the morning.

It’s devastating to have invested so much in a case such as this one, and then have to deal with the outcome we all worked so hard to avoid. Although this is the nature of our work, it never gets any easier and it’s something that is deeply personal to all of us.

#72 was a fighter with a will to survive, but his condition was more severe than we ever realised.

Dr. Rogers conducted an autopsy on the afternoon of the 27th June. The investigation revealed that the bullets from his poaching ordeal ricocheted inside his body. His vertebra was damaged, and fragments of shattered bone were found throughout his body, creating more internal injuries.

#72 had an abscess below his vertebra, and only had 75% lung capacity as his lungs were punctured. As a result there was internal bleeding. Organ and tissue degeneration were evident, signs that his system was in the process of shutting down. The painkillers we administered during his treatments made it possible for him to walk, and offered him some relief. It’s evident that no amount of input from the medical team would have changed the eventual tragic outcome.

To everyone who looked after #72, assisted with funding for his treatments, prayed for him, or was involved in some way – directly or indirectly – please know that there was nothing we could have done differently. We did our best.

We would like to thank each and every person who has supported the rhino and our team through this process. The ripple effect of his tragedy will no doubt go a long way towards raising awareness of the absolute senselessness of killing for money.