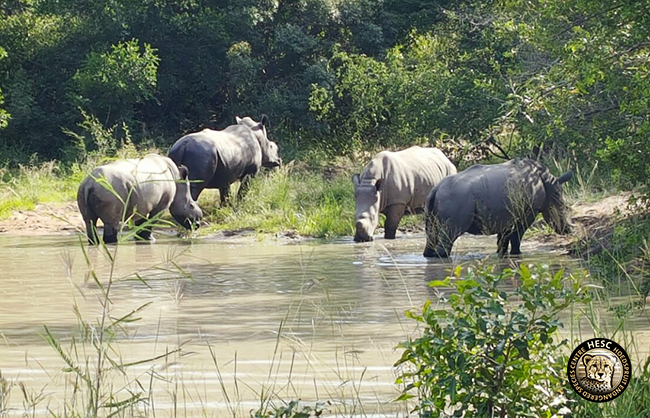 The hide-and-seek antics of rhino bull, Ike has presented quite a challenge to our plans to move him in with Gertjie, Matimba and Philippa. Dr Rogers made several attempts over the past couple of weeks to dart him for the move but all were unsuccessful because of Ike’s predilection for hiding. The terrain further thwarted efforts as, due to the good rain the past few weeks, the grass in Ike’s enclosure had grown very tall. 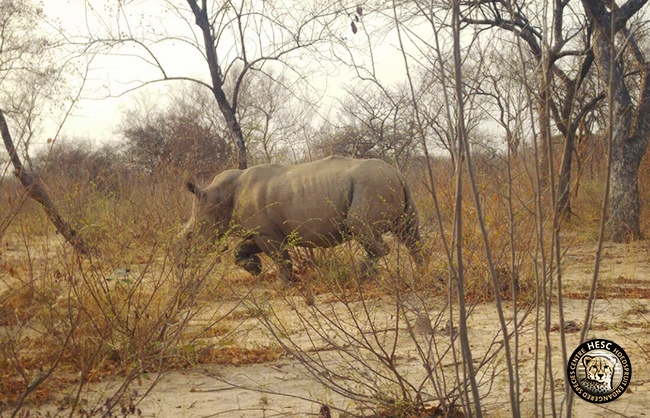 Ike when he first arrived at HESC

All these circumstances combined made it difficult for Dr Rogers to locate Ike, and even more dangerous to dart him from the ground. He even suggested the use of a helicopter to try and push Ike through the open gate, or even darting him from above the ground should it be necessary. However, in the end there was no need for any of these – all thanks to the expert skills of Christo and the other HESC curators!

As previously reported, Ike was initially placed in an enclosure next to Dingle Dell, Lion’s Den and Philippa. Of the three female rhinos, he seemed to be particularly fond of Philippa (most probably, as they are almost the same age and size).

Over time we moved Philippa to Gertjie and Matimba’s enclosure, which was still close to Ike. Recently, we’d leave the gate open between the enclosures but neither of the trio, nor Ike tried to cross the grid. 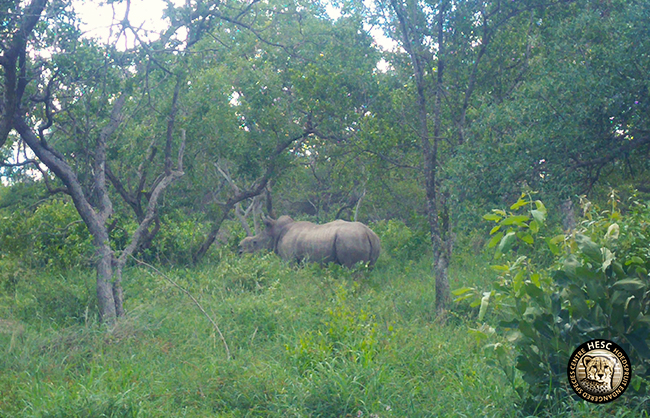 Ike in his enclosure a few weeks ago

This past Saturday, during curator Christo’s routine morning checks, he noticed Gertjie, Matimba and Philippa standing next to the fence, with Ike right on the other side. Christo and Carmen opened the service gate and Christo called on the trio to follow him into Ike’s enclosure – and thus the three rhinos were “formally” introduced to Ike for the first time! All went off without a hitch and it was a huge relief that none of the rhinos displayed any signs of hostility.

Later that evening we spotted Gertjie and Matimba together, while Philippa and Ike were also spotted side-by-side in a different area. The two have since been spending time together. What’s even more pleasing is that Ike seems very relaxed in Philippa’s company, especially as she follows him around everywhere. It has taken Ike a while to get settled after his arrival and hopefully we’ll be able to see more of him in the future.

Today all four rhinos were seen together. What a happy outcome for this new crash.