Rhino Update
When entering the word “Rhino” into Google, some suggestions pop up like, “Are rhinos mean?”.
As with most animals, when not unhinged they are not mean. In fact, their poor eyesight is to blame for what could interpreted as being short-tempered and aggressive. White-rhinos, especially, will charge first and assess the situation afterwards.
If you have ever visited for the Hoedspruit Endangered Species Centre (HESC) you would know that a rhino left on their own to graze are the most harmonious and peaceful animals.
With 13 rhinos to take care of, HESC would like to update you on the progress of each:
Lula has been weaned from milk.
This is a huge milestone in the life of little Lula. She currently shares an enclosure with Balu, Stompie, Olivia, Khulula and Baby N; all of whom are doing very well. 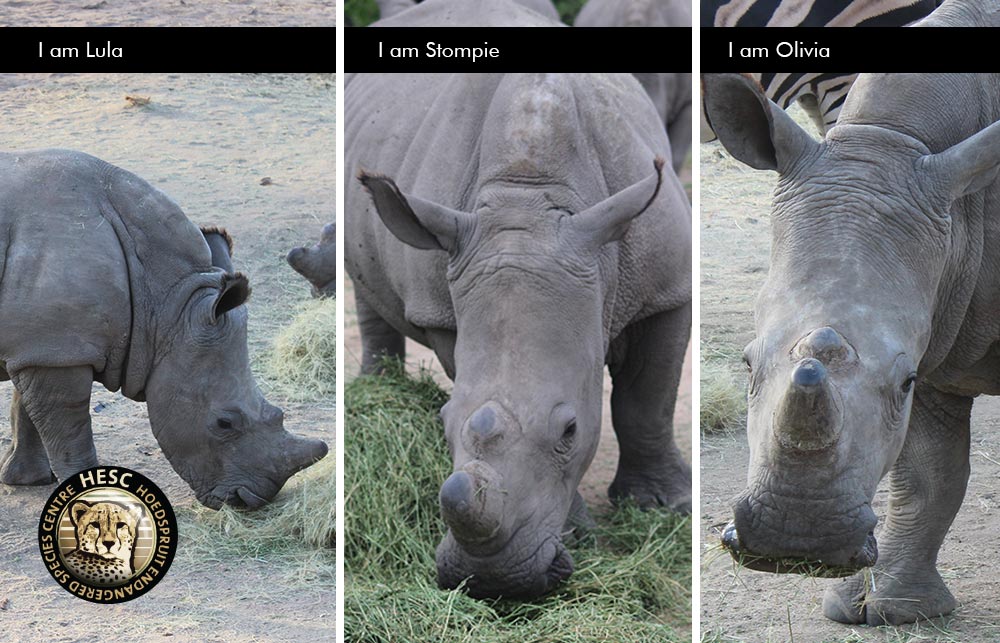 Our crash of rhinos enjoys spending their day grazing and having mud baths.  As you can imagine this can be a messy affair but is worth it when you see a happy rhino.
Gertjie and Matimba are still two gentle giants who brings a smile to the staff whenever they are seen. 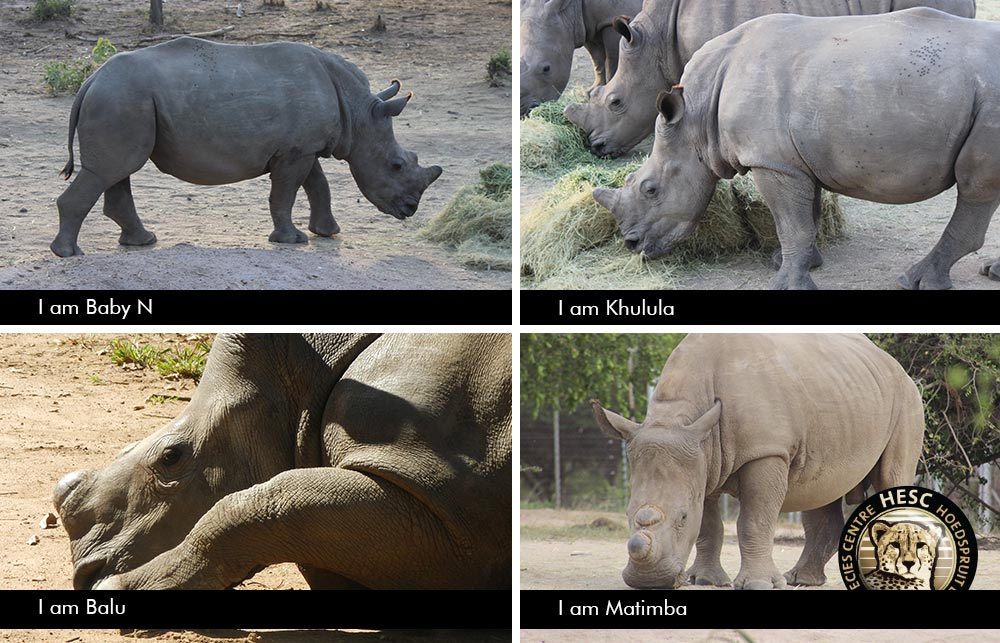 Lions Den and Dingle Del are our two survivors and are truly an inspiration. They have shown what a determined few can achieve.  Being one of the first procedures of its kind, HESC managed to rehabilitate their noses through roughly 40 operations and have thusly been able to ensure their future.  The hope will always remain that these two ladies will inspire people to do more. 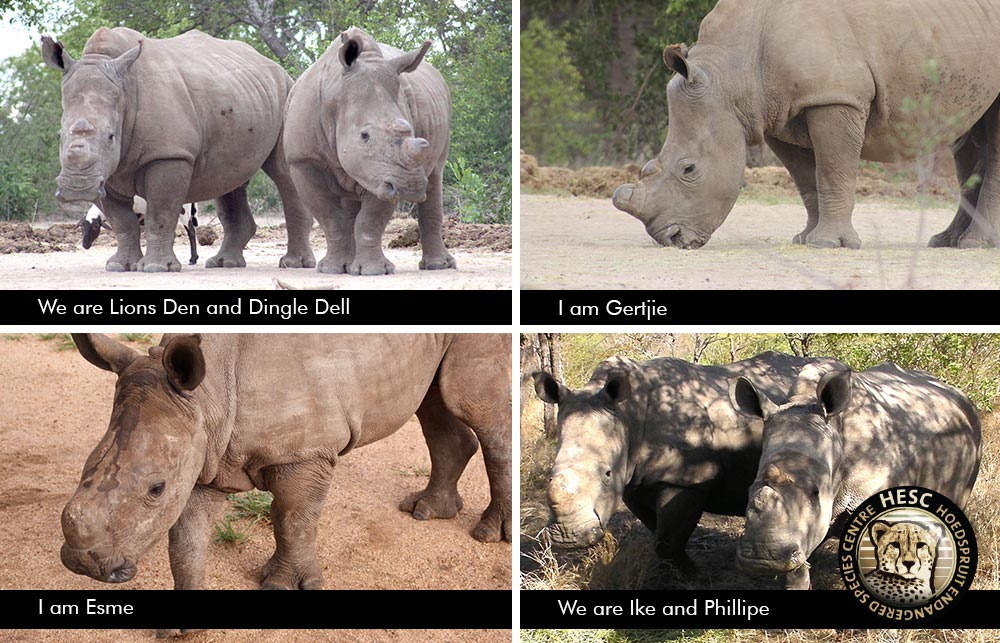 How can you help?:
https://hesc.co.za/projects-programmes/globalgiving-foundation-campaign-be-kind-to-rhinos/
Ike and Philippe continue to ease into their surroundings and every time they are seen, a great improvement is visible in their general behavior.  HESC is positive and happy that they have come this far and believe that they will continue to thrive while in their care.
Esme, our littlest one is doing well.  She continues to enjoy her daily walks around the centre, exploring and playing.  Her friend and protector, David, never leaves her side. Their story continues to captivate people around the world and bring the plight of the rhinos to the masses.
HESC is thrilled that all our rhinos are happy and relaxed and continue to grow and become strong and exclaimed high hopes for the future.