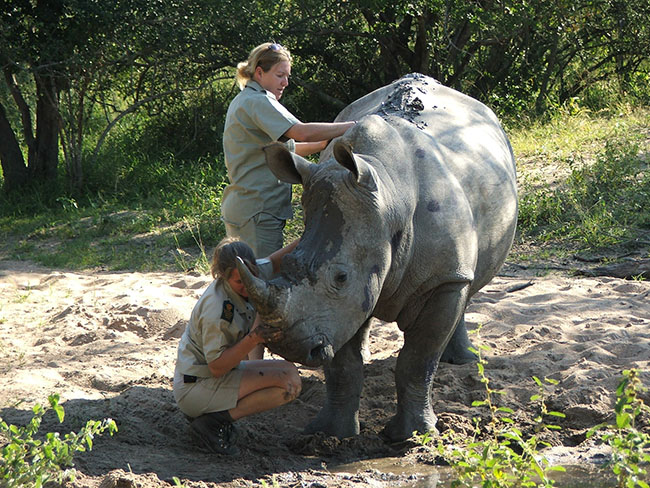 Roger, a baby white rhino, was born on the 16th of December 2003 in a boma used for relocating animals.  Unaware of the cow’s pregnancy, the relocation of a rhino bull, cow, and her teenage son was planned and partly executed, only to be interrupted by the sight of a newborn calf on the boma floor.  Only the bull was loaded and relocated, and the boma doors opened for the remaining cow and her calves to walk out.  Unfortunately, the cow and her teenage calf left, leaving the newborn baby behind.  Every effort was made to reunite him with his biological mother, but all attempts failed and he had to be taken to a sanctuary that could deal with the intensive routine of raising a newborn rhino calf – which included 24/7 supervision, nightly feedings and a warm environment. 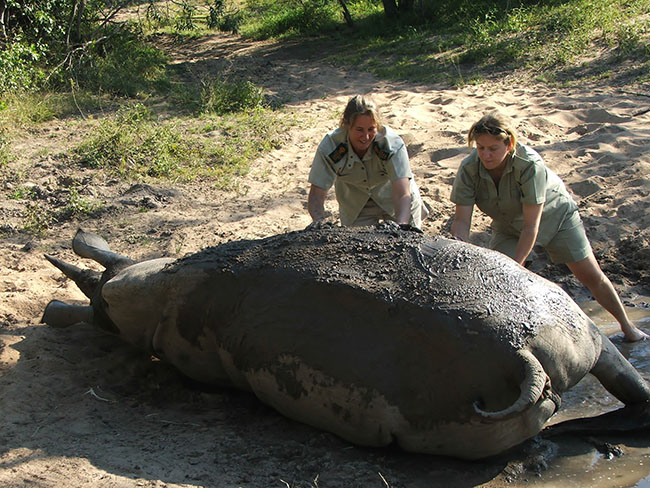 Originally the plan was to take him to Wildcare – a rehabilitation centre for wildlife that was based in Pretoria, but after consulting with the local vet, Dr Peter Rogers, the decision was made to take the baby to the Hoedspruit Endangered Species Centre due to the risks involved in long distance travelling and the fact that they are well equipped for such unforeseen eventualities.  Therefore, instead of a 7-hour journey, he was at his new home in less than an hour! 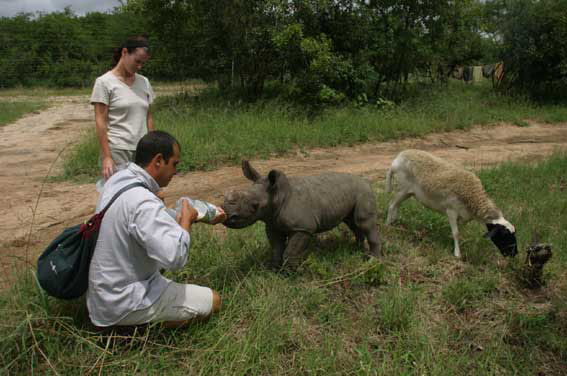 The team at H.E.S.C, under the watchful eye of the curator at the time, Juliette Erdsick, settled the baby in and took shifts to ensure his wellbeing and safety.  The baby boy was dubbed ‘Roger’ after the Centre’s favourite vet, Dr. Peter Rogers!

Roger weighed approximately 40kg on arrival and was given 500ml milk formula every 3 hours. The formula had all the necessary ingredients (including Vidaylin baby multivitamin drops and glucose powder) to ensure optimal growth for such a tiny baby.

Looking after a baby rhino means enduring sleepless nights, getting dirty with mud baths and taking long walks through tick infested bush – yet he never had a shortage of volunteers! 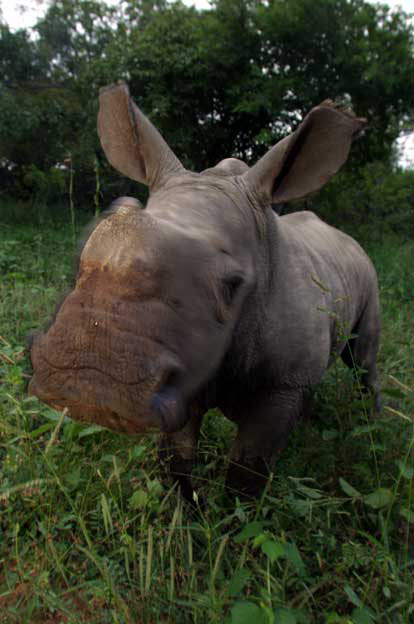 Upon enquiring on his progress, we were saddened to hear that Roger had passed away due to pneumonia. The farm owner and his family was devastated to find him dead one morning.

Although hearing of Roger’s death is heartbreaking, we can at least find peace in the fact that he went quietly and not at the hand of poachers… 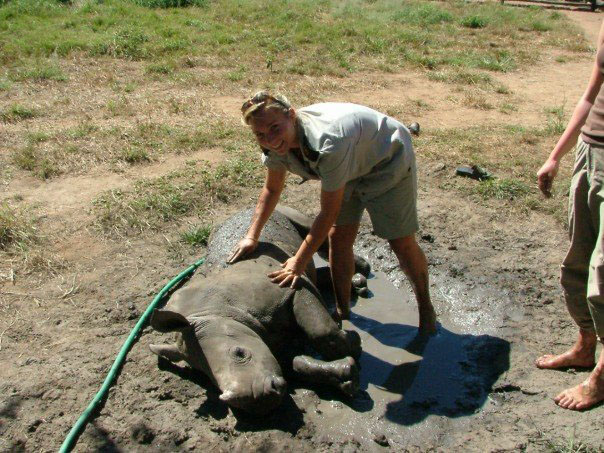 DE-HORNED RHINOS BROUGHT TO THE HESC FOR REHABILITATION