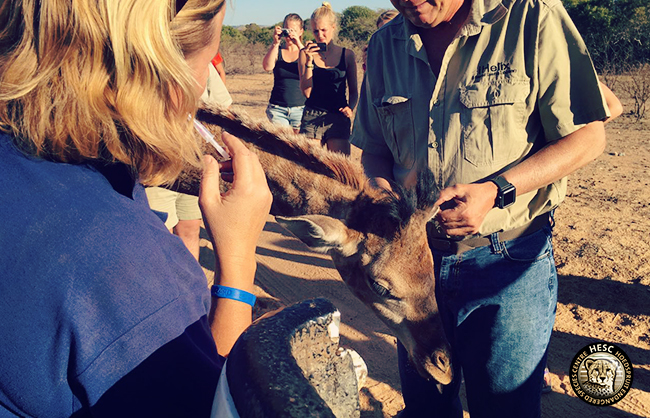 After five days of spotting a lone giraffe calf at various intervals, we decided to search for its mother. During the search, we discovered the carcass of the female giraffe – her calf close by. We suspect that the mother had died due to the drought, or perhaps her advanced age. 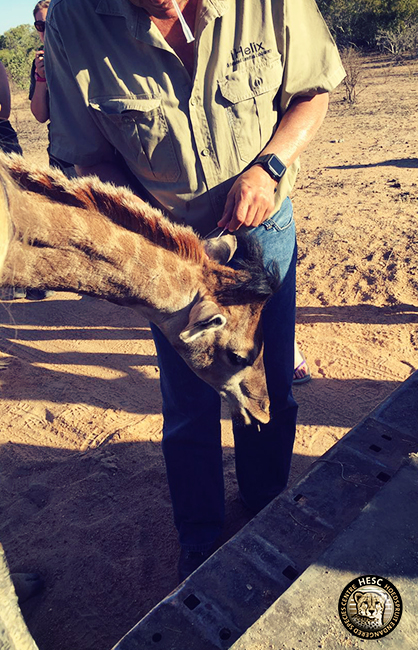 Our guess was that the calf must have been about two weeks old, as she still had a piece of the umbilical cord on her. We called Dr Rogers to dart the baby and move her to HESC. The baby was already getting weak and very skinny, with its hipbones sticking out. 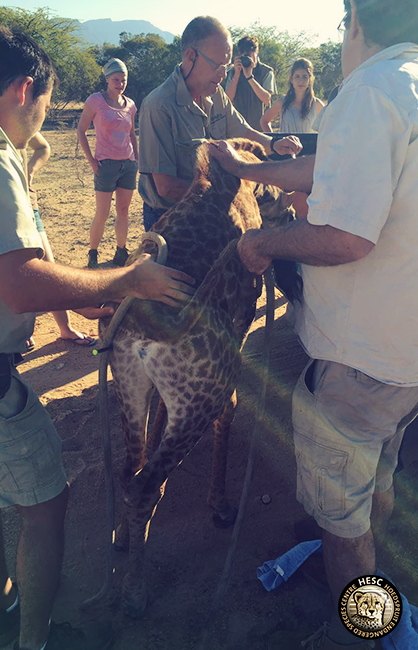 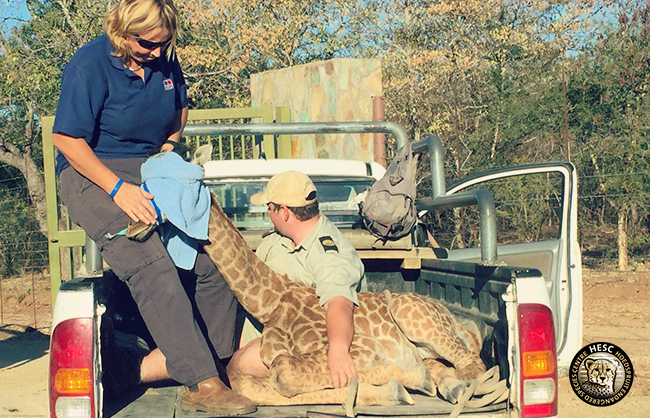 We began the process of introducing her to a bottle, but this proved to be very difficult. She took the teat, but would not suckle. Her condition deteriorated, and sadly she passed away within 48 hours. 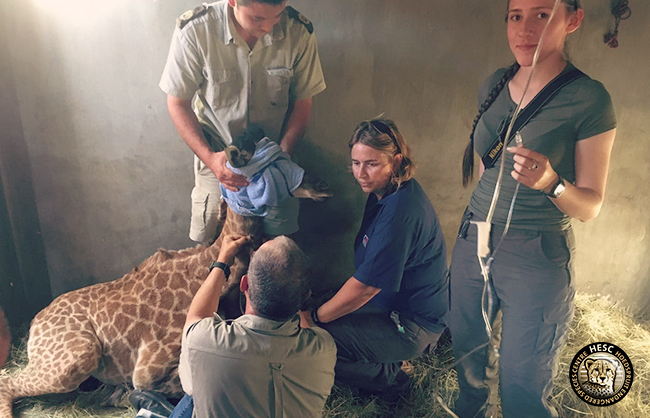 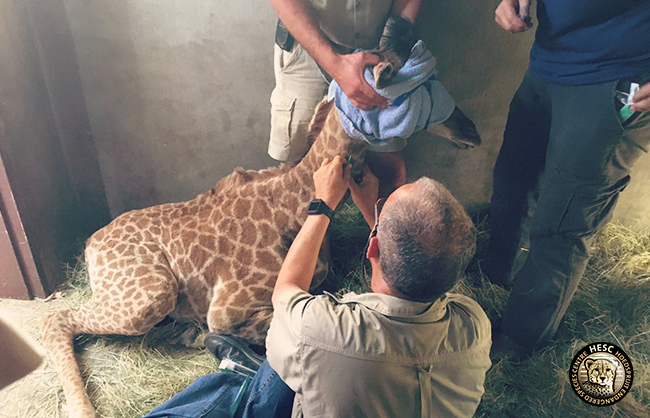 Even though this young calf was with us for just under two days, we still feel saddened by its loss.
Rest in peace, little one. 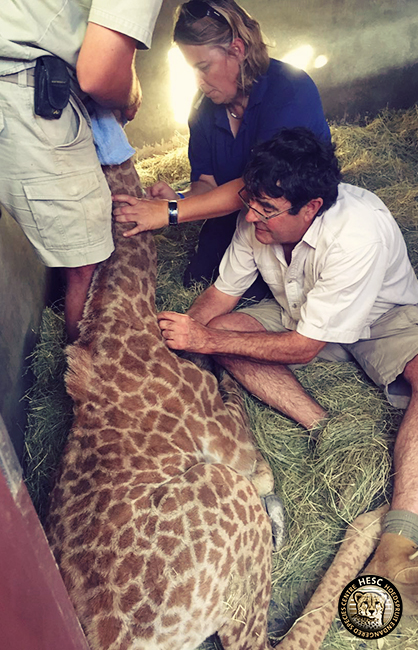 An open response to Volunteers in Africa Beware