The serval (Leptailurus serval) (known as the tierboskat in Afrikaans) is one of the lesser-known smaller indigenous cats that still occur widely in the Sahel, eastern and central Africa and down to the far northern regions of Namibia, Zimbabwe and South Africa. Its conservation status is stable and continuing existence is classified as of least concern.

Because servals are nocturnal, they are not often seen in the wild and a sighting is an exceptional experience. Servals are usually solitary but may hunt together, while the females with kittens will be seen together. Servals are characterised by their long legs, distinctive markings, large ears and short tail. They have the ability to jump up to three metres into the air to catch birds in flight. 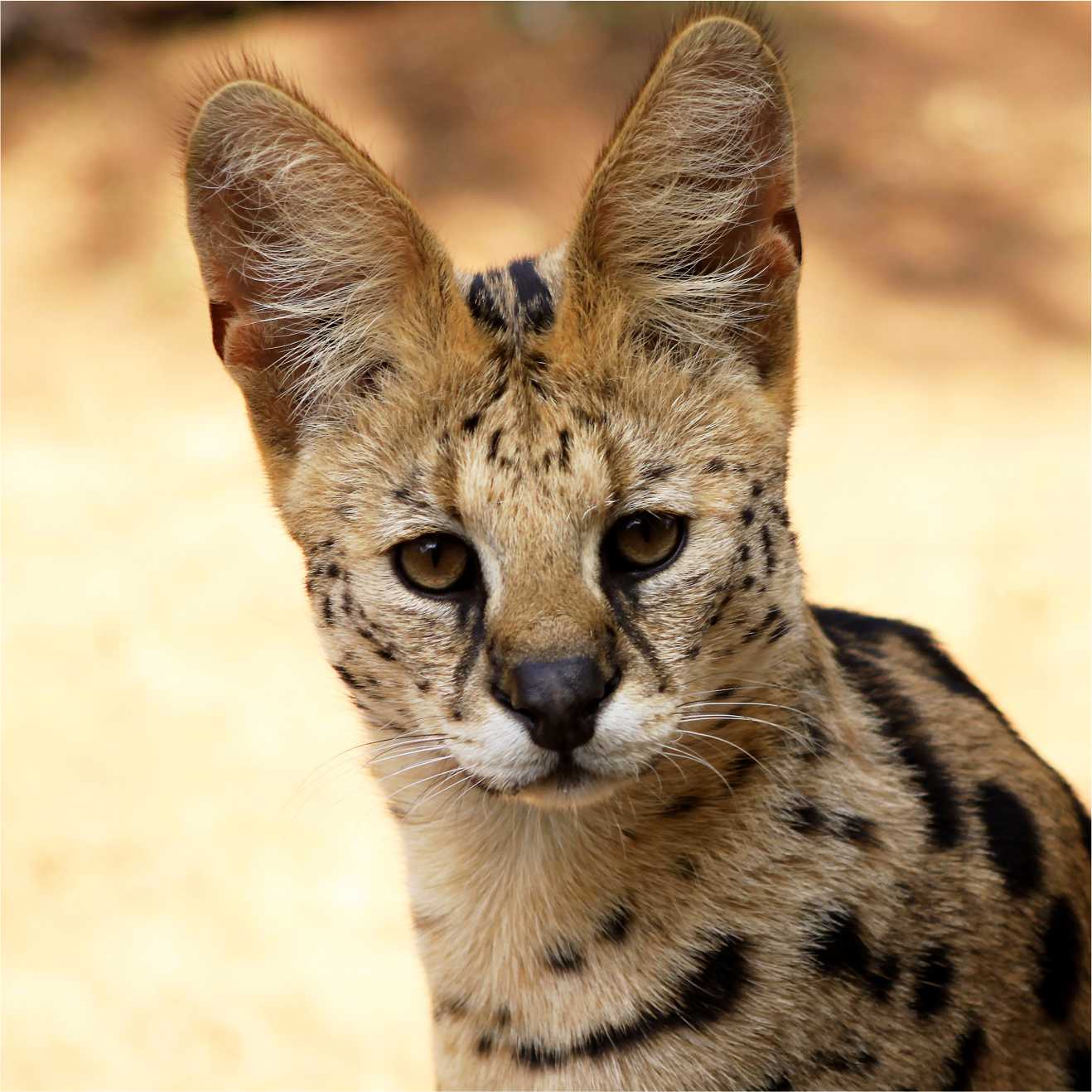 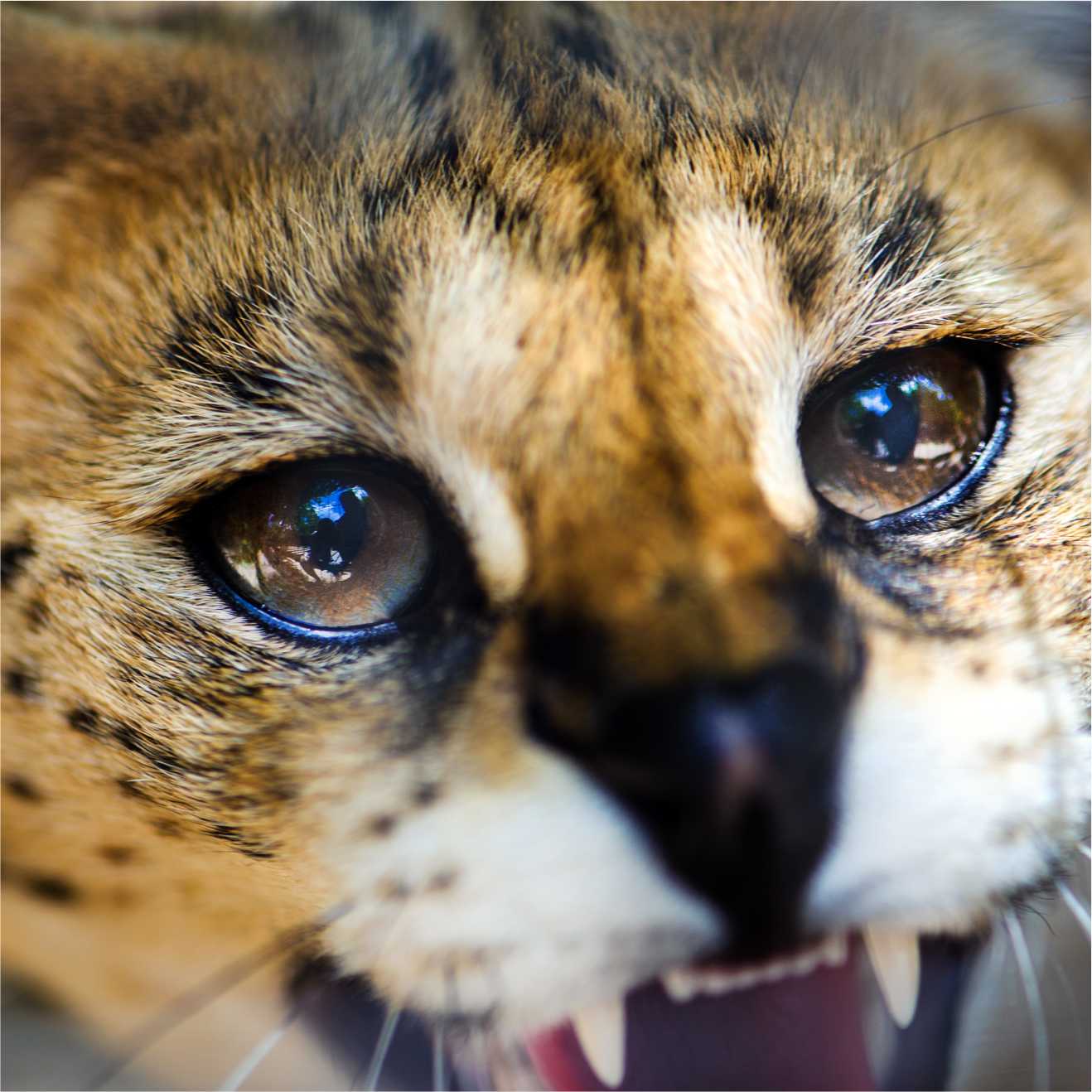 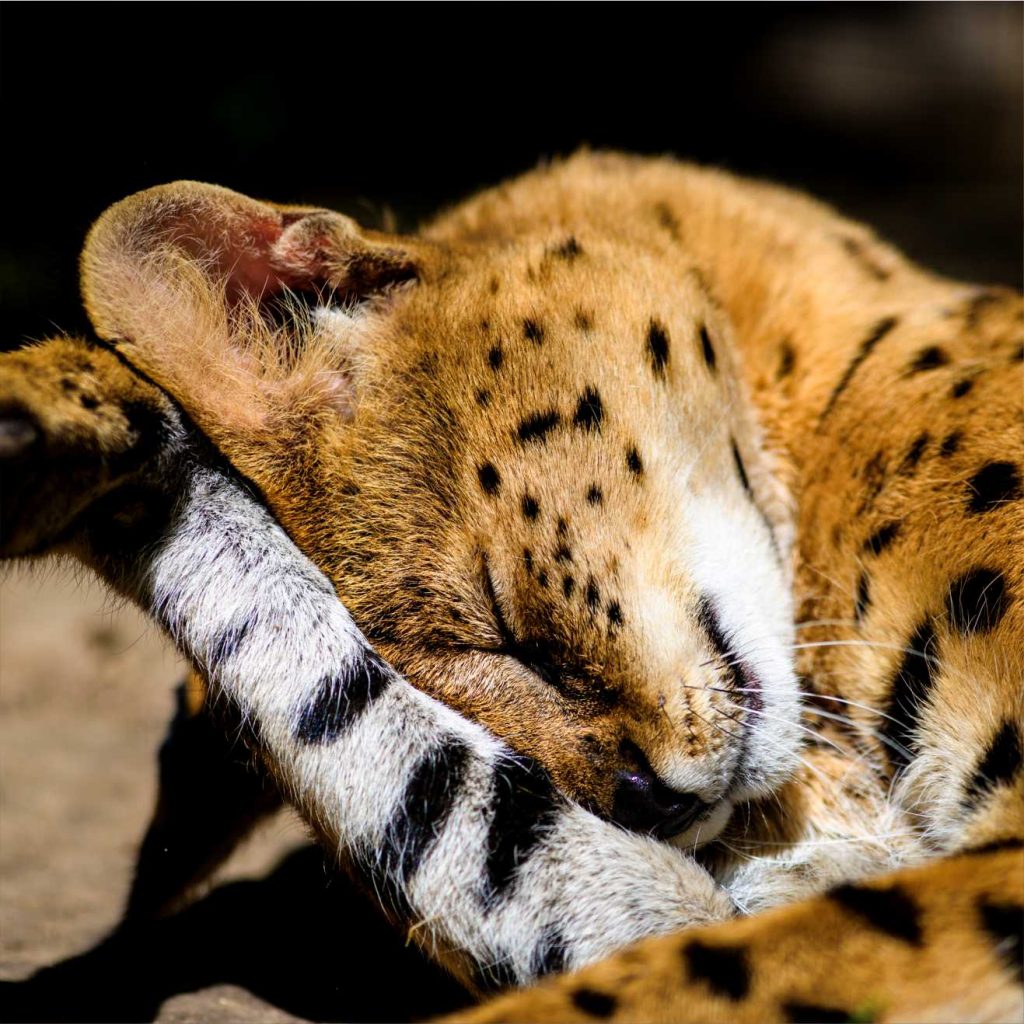