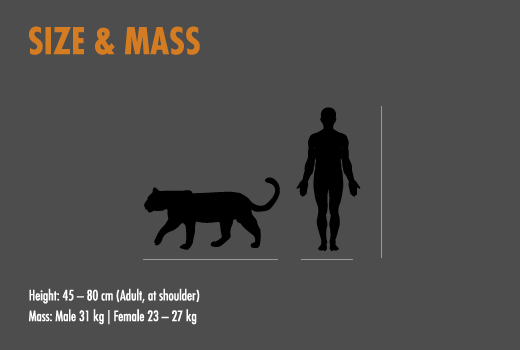 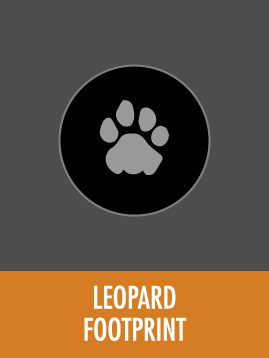 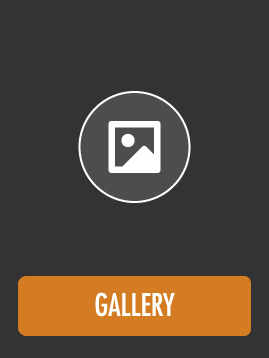 GENERAL: Leopards are big light-coloured cats with prominent dark spots, called rosettes. They are powerfully built, and are capable of hauling prey up trees to prevent scavenging or theft by other predators. They can be up to 6 feet long and may weigh up to 79,8 kg (176 pounds).

MALE: The male is generally larger and heavier than the female. The average male leopard weighs 63,1 kg (139 pounds).

FEMALE: The female is smaller in size and on average weighs 37,2 kg (82 pounds).

YOUNG: Leopard cubs are born blind and their eyes only open after a few days – bright blue in colour. The cubs are also born without a clear coat of spots, which only begin to develop after a few days.

REPRODUCTION: Following a 90 to 105 day gestation, one to six kittens are born. The average litter size is two to three cubs. Kittens stay with their mother for 18 to 24 months before venturing on their own.

HABITAT: The leopard is very adaptable and can live in many different areas across the globe. They are found in sub-Saharan Africa, the Arabian Peninsula, southwestern and eastern Turkey, in the Sinai/Judean Desert of Southwest Asia, the Himalayan foothills, India, Russia, China and the islands of Java and Sri Lanka, according to the International Union for Conservation of Nature (IUCN). These large cats can live in almost any type of habitat, including rainforests, deserts, woodlands, grassland savannas, forests, mountain habitats, coastal scrubs,  shrub lands and swampy areas. In fact, leopards live in more places than any other large cat species.

THREATS: Threats to leopards vary. Leopards are primarily threatened by the fur trade and human encroachment on their habitat.

Habitat loss through logging is a major problem in the Indo-Malaya area. Once dense and diverse forests are transformed into barren and desolate landscapes in order to feed the human demand for wood. In Africa, habitat loss is a serious problem. Every year in an attempt to feed the world’s growing population, more and more leopard habitat is converted into agricultural land. Farmland already covers 38% of the world’s land surface, but this still isn’t enough to meet the demand. Leopards are more tolerant of habitat conversion than other big cat species. Given adequate cover and food supply they are able to live relatively close to human populations. However this brings leopards closer to another threat that they face on a daily basis – persecution.

In populated areas near leopard habitat, farmers often blame leopards for loss of their livestock and by leaving out poisoned carcasses for the leopards, farmers can target them with ease. Inadvertent poisoning can also occur when carcasses are left out for other species. In Asia, killing predators to protect livestock is also common. Even in the more intact, wilder and more densely covered jungle areas, leopards still come into conflict with humans. As the demand for wild meat rises human hunters target the same prey as the leopards, and, as a result, leopards are left with less to eat.

Hunters also target the leopards themselves. Trophy hunting is still legal in some areas, allowing 1 to 3 leopards to be hunted per 1 000 km. This is considered to be sustainable but poor management means in many cases trophy hunting can have negative impacts on leopards. To a select few, the appeal of a leopard head mounted on their living room wall is greater than seeing a magnificent leopard stalking its prey in the wild. Consequently more leopards are hunted than is sustainable. Sometimes the ‘wrong’ leopards are also shot. In Tanzania, it is only legal to shoot male leopards, yet in a three year period this was ignored by some, and tragically 77 females were also shot. It led to a drastic reduction in the number of cubs born and decreased the overall population.

Illegal hunting or poaching is also common throughout the leopard’s range, but particularly in Africa, West Asia and Indo-Malaya. Leopards are commonly caught in gin traps, terrifying metal traps in which a leg is caught by spring operated jaws. In just three years 28 individual leopards were captured and killed by this method within a relatively small area of South Africa. Poachers kill leopards to trade their incredibly valuable skins and teeth. The skins in particular are related to traditional beliefs in sub-Saharan Africa, where they are worn by royals and tribal chiefs. In one particularly shocking recorded incident, one poacher was caught with more than 150 leopard skins.